A 19th Century mosque  on the western side of Acre.  It was built over the western tower of the Crusader’s fortress.

The mosque is located on the western side of the old city, close to the citadel. It is recognized by its tall green-tipped tower. The mosque was built over the Crusaders western tower, part of the fortress of the “Hospitallers” – the  order of the Knights of the Hospital of Saint John  fortress.

The mosque is named after the residents of the southern city of Ashkeleon (Migdal-Ashkeleon or Migdal-Gaza) who transferred to the city in the 19th Century and later built this mosque in their neighborhood.

By the way,  Majadele is also the name of the first Arab-Israeli minister, Raleb Majadele, who was appointed in 2007 to be the Minister of Science, Culture and Sport.

The easiest way to get to the tower is from the western side. Drive along the western road, pass the citadel western walls, and park in the large parking area or drive closer to the mosque.

The following aerial view shows the location of the mosque, on the western side of the knight’s halls complex. 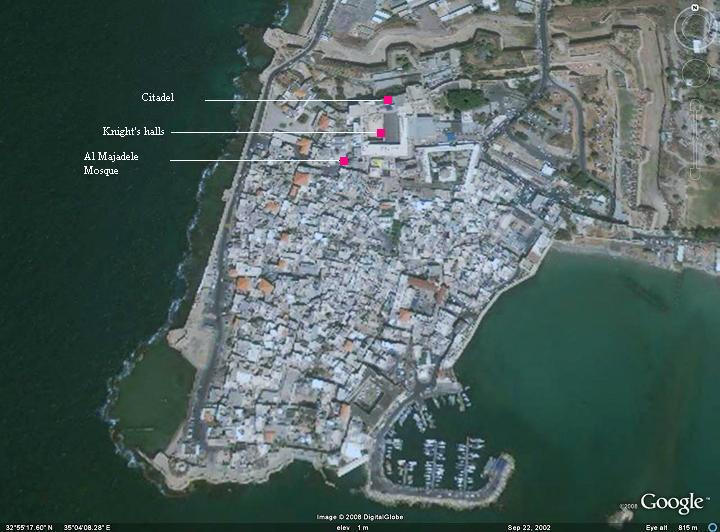 A view from the north-west side is seen below. This was the south-western side of the Crusaders fortress, where the western tower was located. The fortress was dismantled in 1291, and the mosque was built over the ruins in the 19th Century. 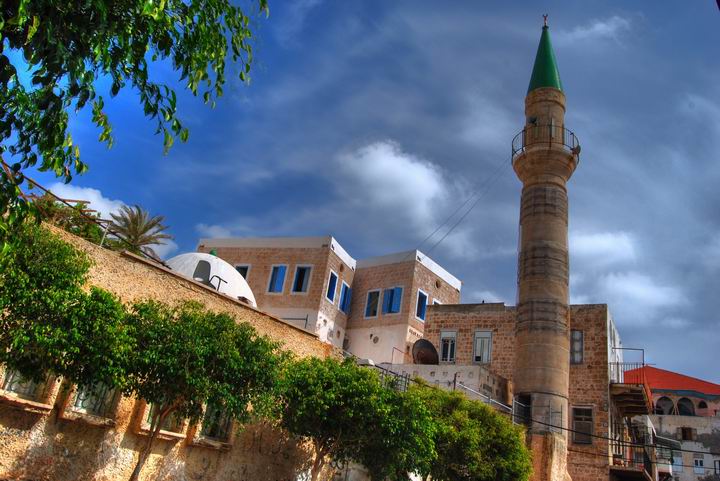 A view from the west: 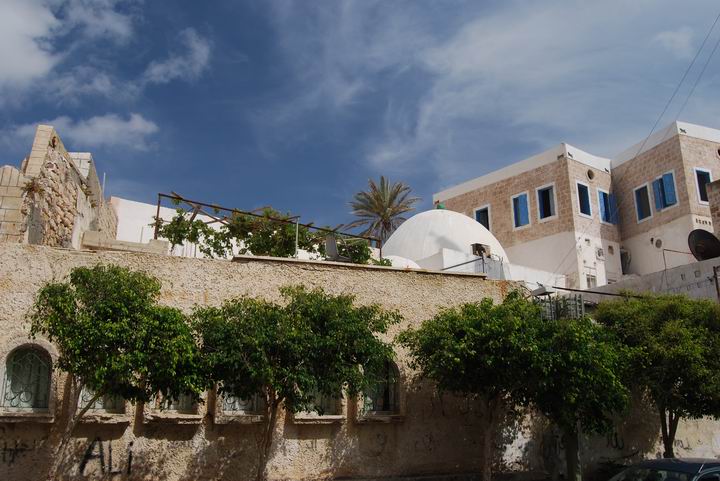 The photo below shows the western entrance to the mosque. 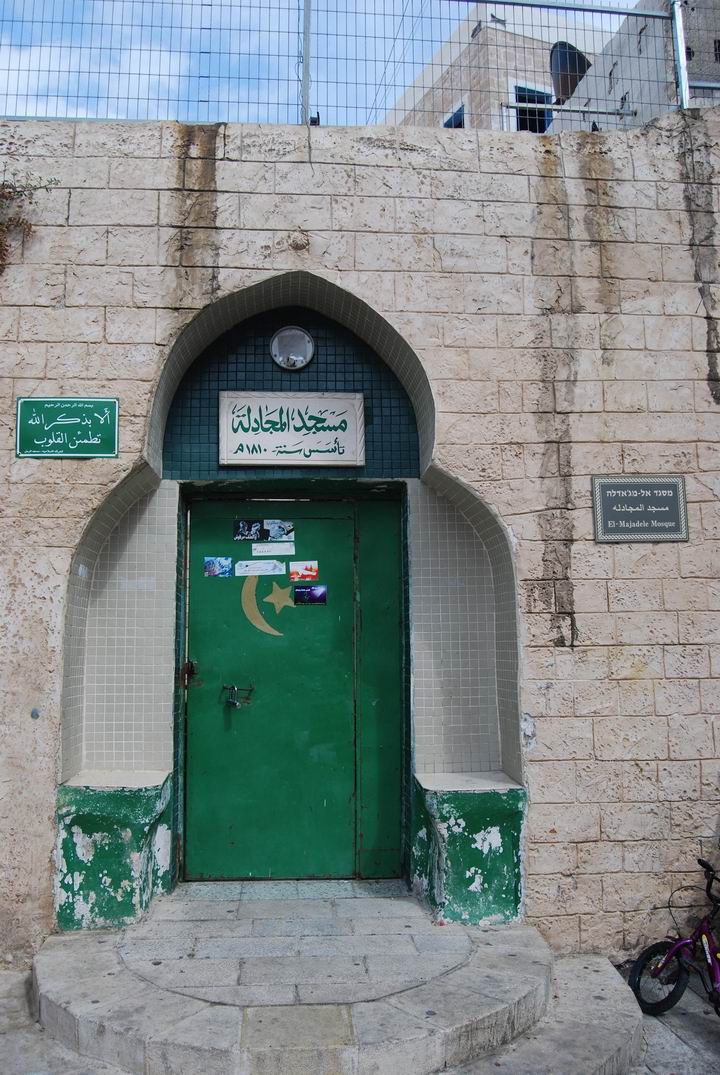 Majadele – Arabic: tower. The name of a Muslim town in the ancient port of Ashkeleon, who transferred to Acre and built the mosque.