The old city of Acre (Akko) is a large walled city on the shores of the bay of Haifa. As the largest natural port in the Galilee and Israel, it  has a long history of conquests and ruling empires. It was one of the main  Crusaders’  fortifications and ports.

An aerial map of the old city of Acre is shown below, indicating the major points of interest. 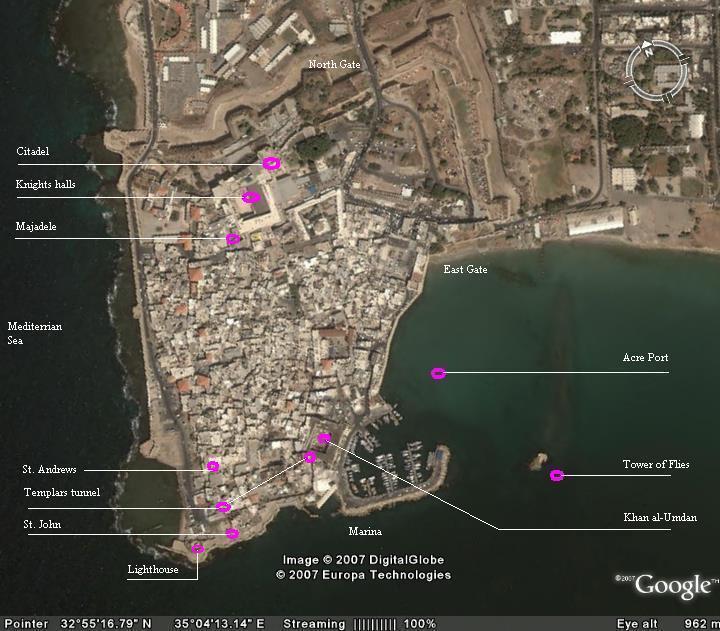 Acre/Akko was inhabited from the Bronze age to the Roman period in a tell (mound) east of the old city, on the north bank of the Na’aman river.  It was abandoned at the Hellenistic/Roman period.  (See a detailed review of Tell Akko – the  biblical site of Akko). 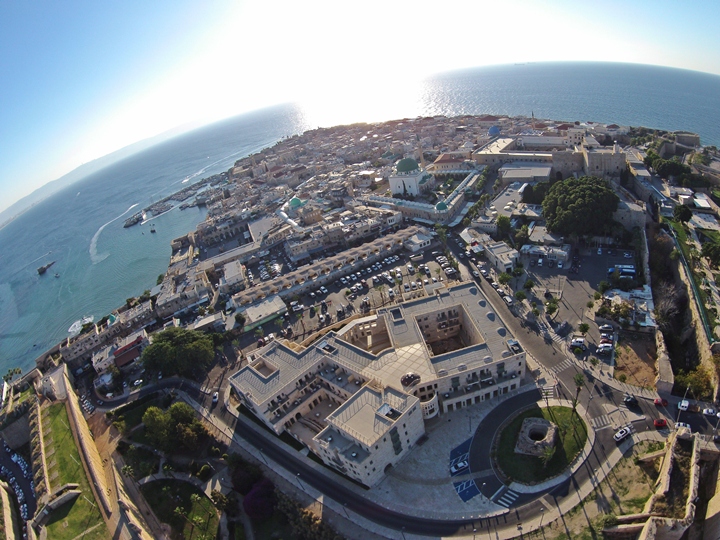 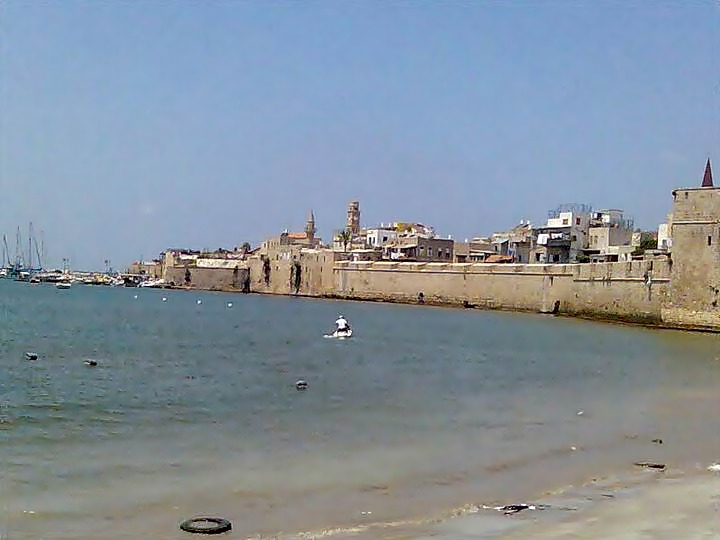 The western side of the old city stretches along the shore, as can be seen in the following photo. The wall can be seen, with a tower at the far end. You can walk along the wall around the whole city.  In the background – Mount Carmel and the port city of Haifa. 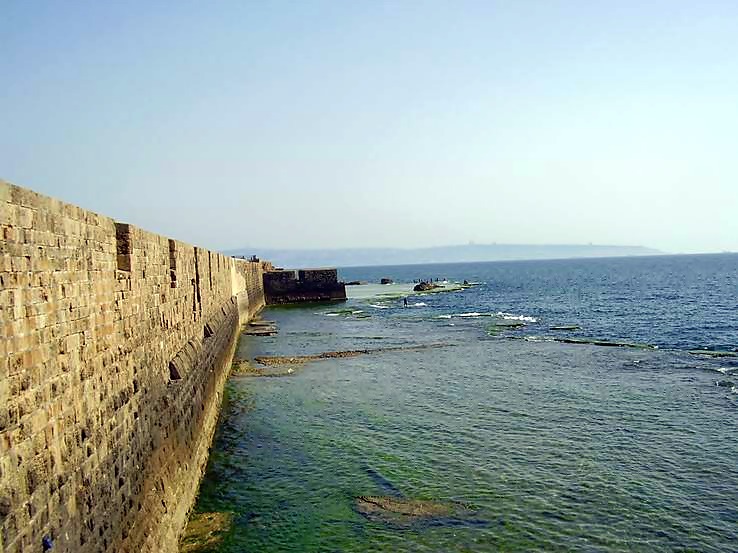 A closer look on the western side: the lighthouse at the edge of the city. In the background – Mount Carmel and the bay of Haifa. On the left side – the houses of the Arabs that live in the old city. It is also the western side of the Templars tunnel. 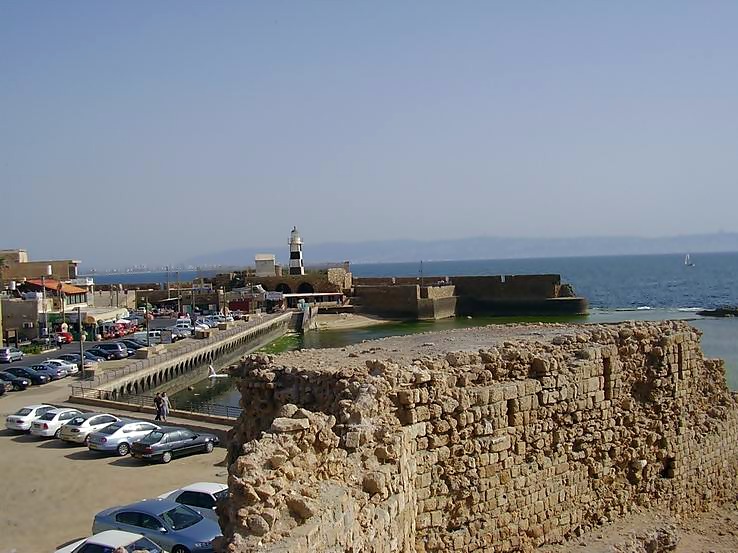 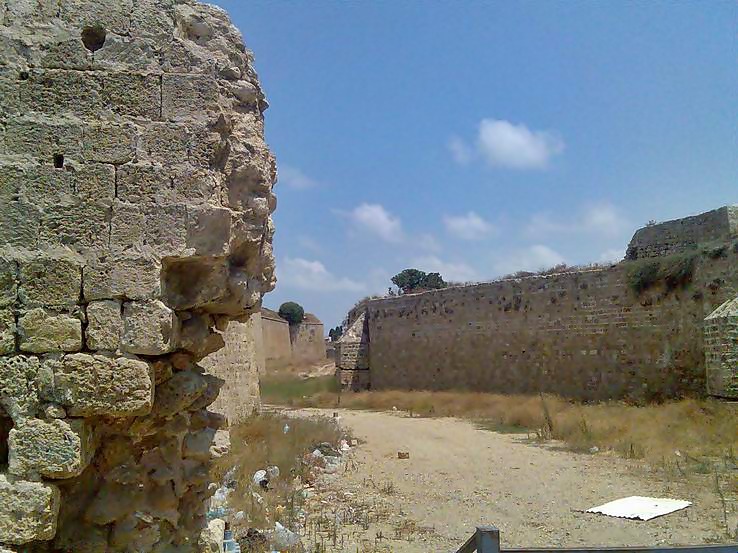 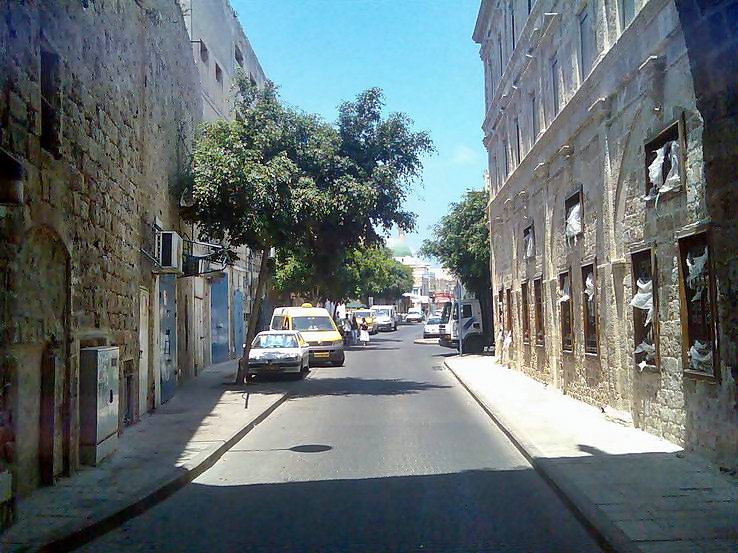 In the old city – a colorful and busy fruit, fish and meat market. You can stroll along these narrow alleys and head towards the marina. 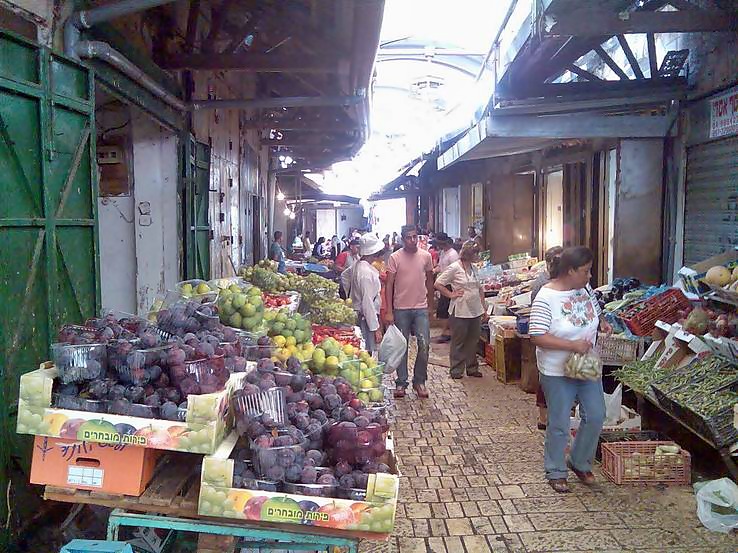 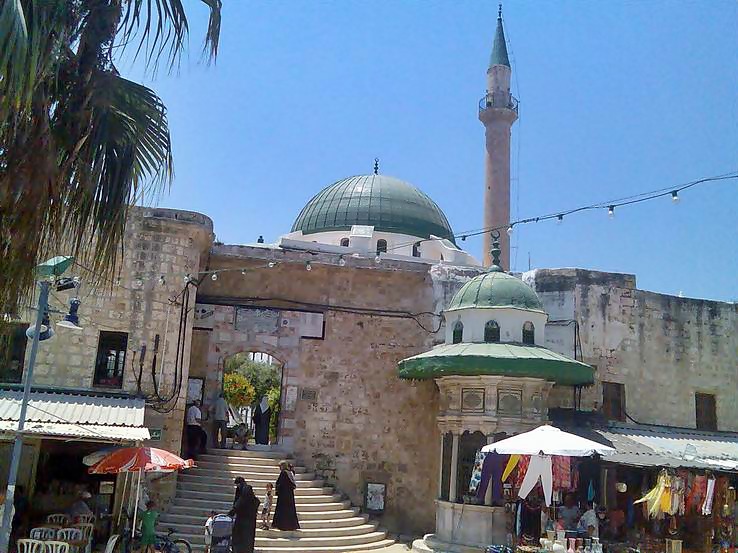 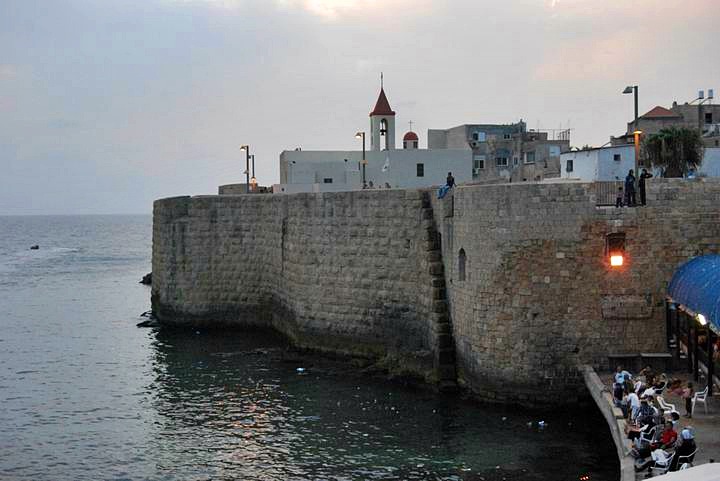 It is best to park the car near the eastern gate (free parking). Then, walk thru the gate along the main road to the El-Jazar mosque. You can stop and have a delicious Arabic meal – one of the best Hummus in Israel is served at the tiny shops.

Across the entrance to the Mosque, take a one hour tour under the city through the Crusaders’ quarters that were unearthed in recent years. The tour passes thru the complex of the Hospitaller Knights’ Halls which were part of the northern walls that protected the city.  The tour will take you out to the Turkish Hamam (hot bath). From there, go to the market towards the Marina. After a visit there you can return back to the car.

Additional place to visit is in the western side, near the lighthouse. You can also walk along the walls that connect the lighthouse to the Marina.

“And when we had finished our course from Tyre, we came to Ptolemais, and saluted the brethren, and abode with them one day. And the next day we that were of Paul’s company departed, and came unto Caesarea:…”

The historian Josephus Flavius (1st century AD) has numerous references on Ptolemais (Akko), a major city at that time (and throughout history).  A few examples are detailed below.

“After this Caesar went for Egypt through Syria, when Herod received him with royal and rich entertainments; and then did he first of all ride along with Caesar, as he was reviewing his army about Ptolemais, and feasted him with all his friends, and then distributed among the rest of the army what was necessary to feast them withal.”

“And now Vespasian took along with him his army from Antioch … where he found king Agrippa, with all his forces, waiting for his coming, and marched to Ptolemais. At this city also the inhabitants of Sepphoris of Galilee met him, who were for peace with the Romans.”.