This page summarizes the sites that are reviewed in the area of the Negev.

This page is a sites gallery of the Negev area  – located on the south side of Israel.

The Negev desert is located in the southern part of Israel. It covers 13,000 km2, more than half of the land area of the country. Most of the area is barren and  dry, which limited the number and size of the settlements in this harsh land.

The Negev is the southern border of the Holy Land. In the Bible, Negev means the direction “south”. Some of the Biblical events occurred here. Small Israelite settlements were established during the Iron age, by digging wells and collecting the scarce rain water.

During the Hellenistic and Roman periods the Nabateans perfected the irrigation solutions, allowing them to build great cities and fortresses along their trade  routes. In the following Byzantine period, vast desert agriculture areas were cultivated around the cities, and supported the  Christian pilgrimage  to the Holy Land. After the Muslim conquest the Negev declined, inhabited only by limited number of Bedouin nomads.

Following the establishment of Israel, many areas in the Negev area were  resettled, historic sites were rediscovered, and its unique nature and geology  wonders are gaining popularity.

Links to the sites of the Negev desert: 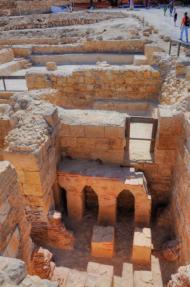 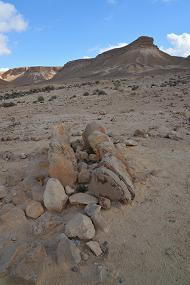 The Canaanite city was the last stand of the Hyksos after their expulsion from Egypt in the 16th century BC. Tell el-Farah near the Gaza strip is a leading candidate for the city.

Ruins of Iron Age fortress and settlement, overlooking the valley of Nahal Boker.

Ruins of a Israelite period desert fortress and small settlement, near the confluence of  Nahal Boker and HaRoeh streams with HaBasor stream.

Ruins of a Israelite period desert fortress and settlement, later reused by the Nabateans.

A visitor’s center and historical well in BeerSheba, associated with the history of Abraham and Isaac.