Impressive  sandstone hills,  located in the center of the Timna Valley . The ancient Egyptian copper miners erected here a temple in the times of Ramses III.

An impressive set of high red sandstone hills,   one of the most famous sites in the south of Israel, located in the center of the Timna Valley – today a nature & history park.

The area is one of the most ancient copper mines, dating to the end of the 5th Millennium BCE (about 6,000 years ago). An Egyptian temple and rock engraving are located in the site, and the miners’ camp is located nearby.

The site and the entire park is a perfect place for hiking and combines remarkable nature scenes, historic sites and  hiking tracks.

Solomon’s Pillars are located inside the Timna Park, 25KM north of the city of Eilat, on the southern tip of Israel. 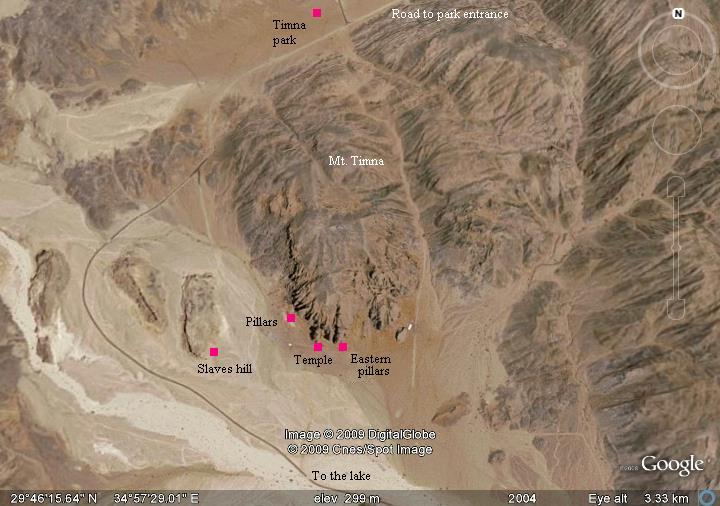 The photo below shows a section of the Solomon’s pillars – a set of tall red sandstone hills in the south side of Mt. Timna. These cliffs, although called King Solomon’s mines, were carved naturally due to the soft sand stone. 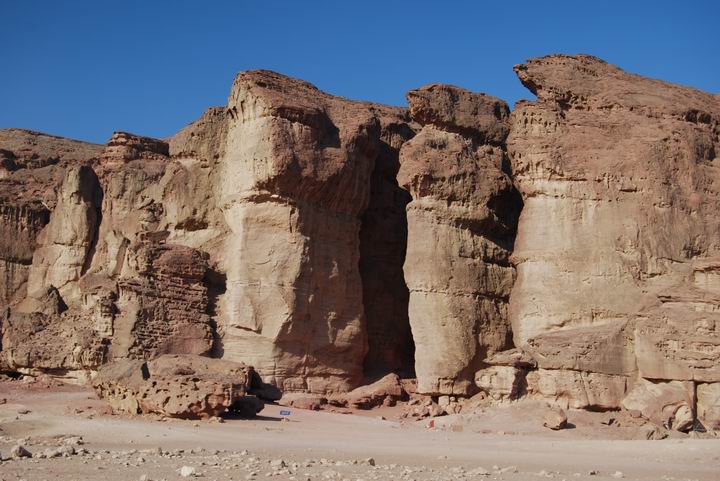 (b) The eastern pillars:

The following photos show a closer view of the cliffs on the east side. 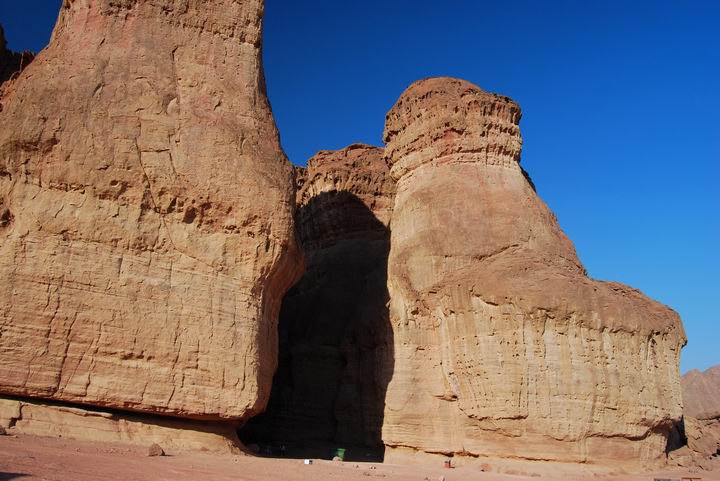 Another view from the eastern side of the cliffs. 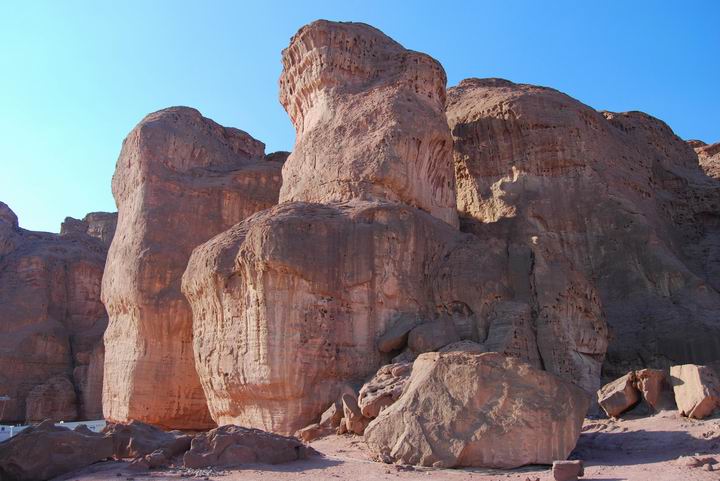 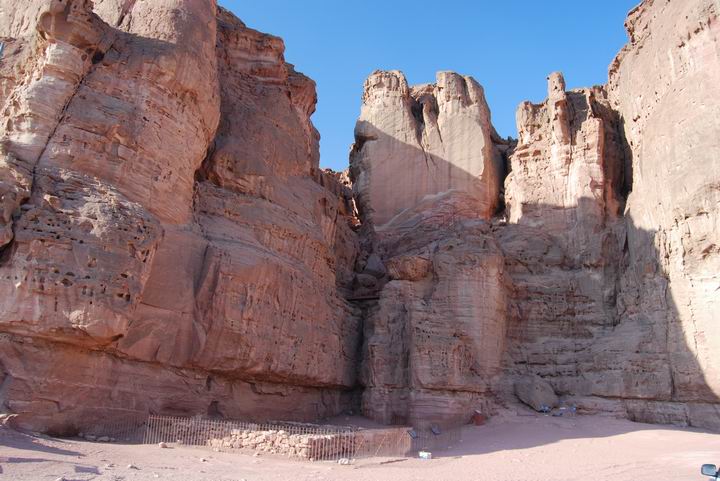 This is the view of the temple. It serviced the Egyptian miners who worked in the area. The altar is on the right side, just below the cliff. 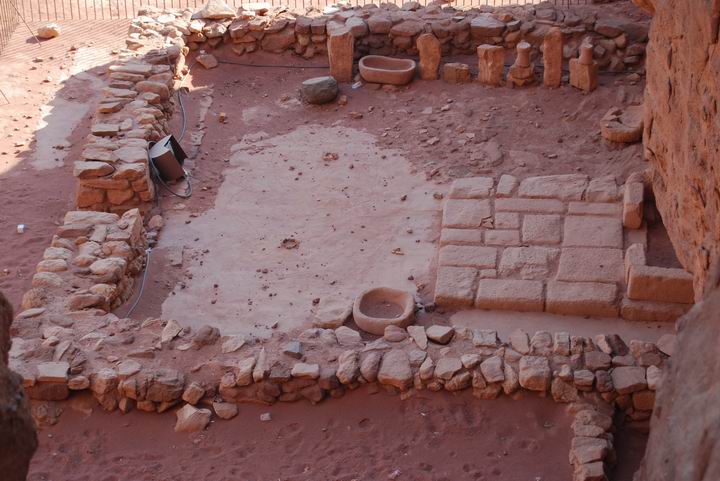 This following photo shows the altar, with three cultic recesses set into the rock face. A libation basin is also seen on the side of the paved platform. 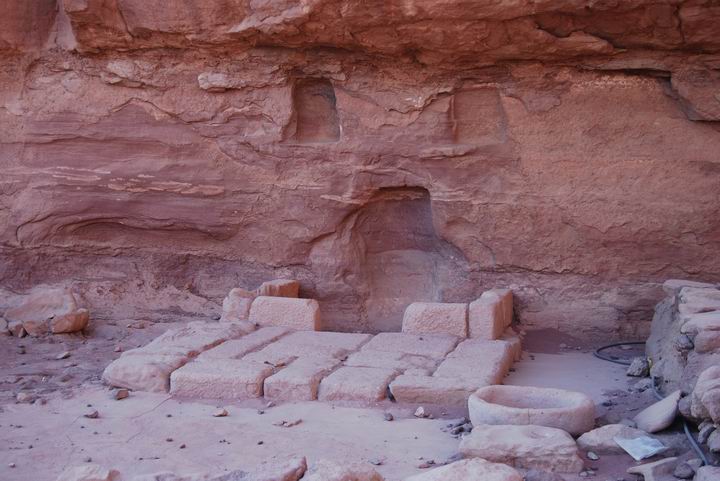 The photo below shows the south side of the temple, where standing stones, offering tables and deity images are aligned along the edge. At this area the excavators collected over 11,000 cultic offerings – figurines, pots, sacrificed animal bones. They dated the offerings to the 12-13th Century BC. 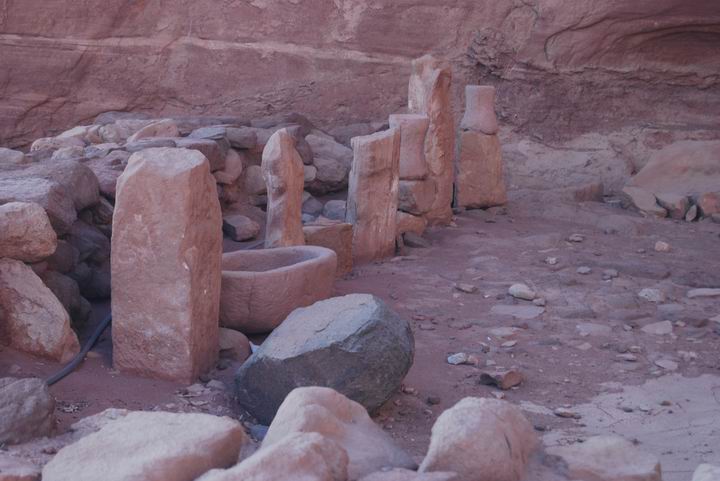 On the cliff, high above the temple, is a rock engraving dated to the days of King Ramses III (1st half of 12th Century  BC).

The King  is seen making offering to the goddess Hathor on the right. Between the two figures (80cm high) are double cartouches with the symbols of Ramses. The King has a crown of a snake – the symbol of the Kings. He is holding, with a raised arm, an offering to the Goddess. His other arm is holding a round object (fruit?). The Goddess Hathor is holding the symbol of eternity (a cross and a circle). On the bottom are hieroglyphs, which read “the arrival of the Royal butler Ramessesemperre”, the manager of the Egyptian copper mines in Timna. 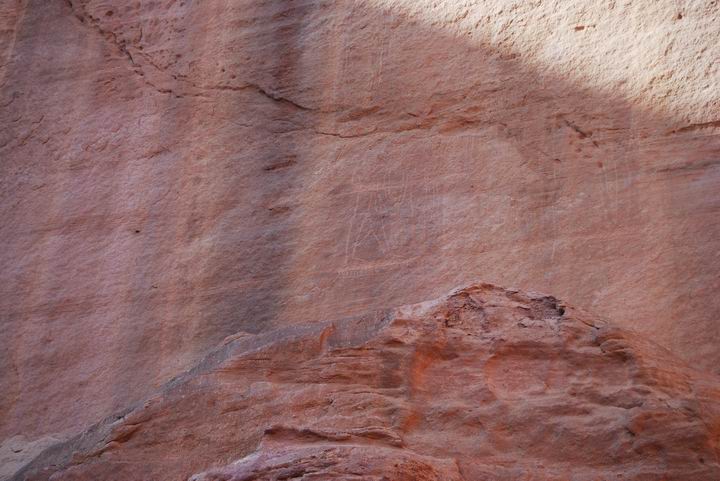 A path is used to climb up and closer to the rock carving and then farther to the top of the cliff.  While walking high above the ground through these fantastic red rocks –  it seems like walking through an enchanted palace, as you can see in the photo below. 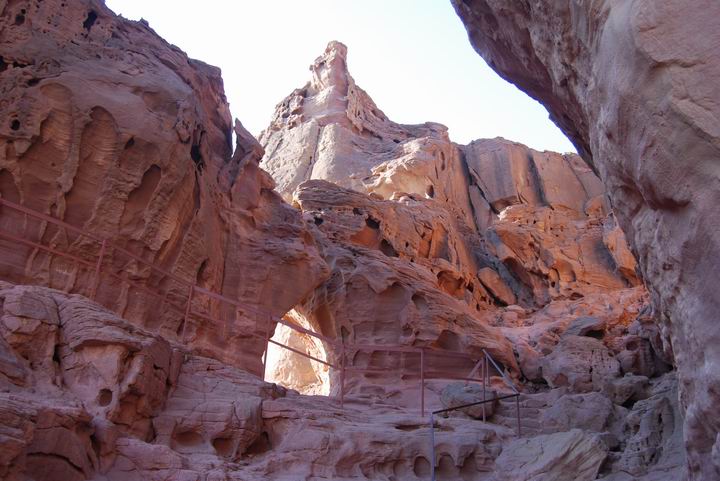 On the south side of Solomon’s pillars – seen on the background – is an area with ruins of the miners’ camp, called the slaves hill. In this area, as well as in other sites in the Timna valley, is a cluster of heaps of stones  which once were the walls of the houses of the miners. 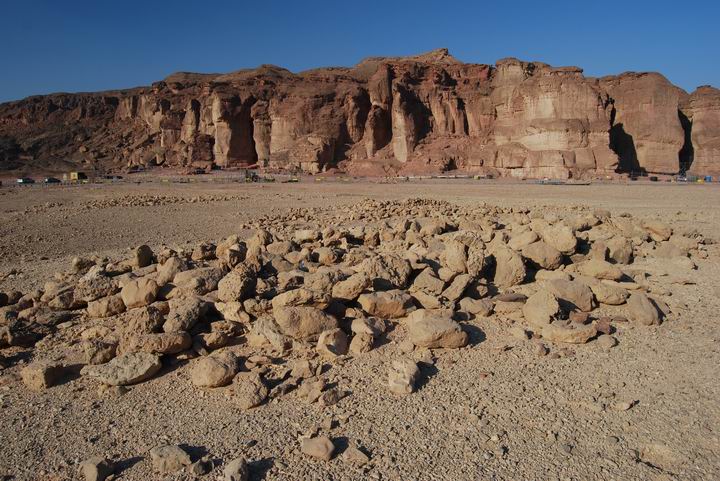 Another view of the ancient camp, with a view towards the Edom mountains on the Jordanian side of the Arava – which is seen in the far background. 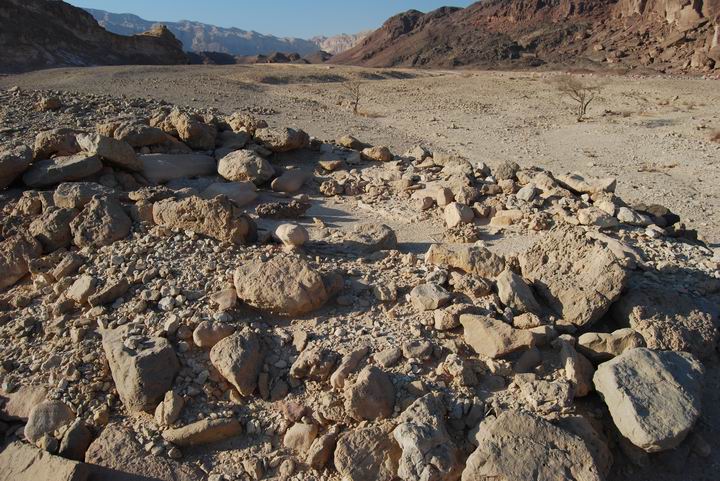 Timna is one of Esau’s dukes in the land of Edom (which is located on the hills of Jordan facing the site).

“And the children of Lotan were Hori and Hemam; and Lotan’s sister was Timna“.   “And these are the names of the dukes that came of Esau, according to their families, after their places, by their names; duke Timnah, duke Alvah, duke Jetheth”.

“And the dukes of Edom were; duke Timnah, duke Aliah, duke Jetheth”, 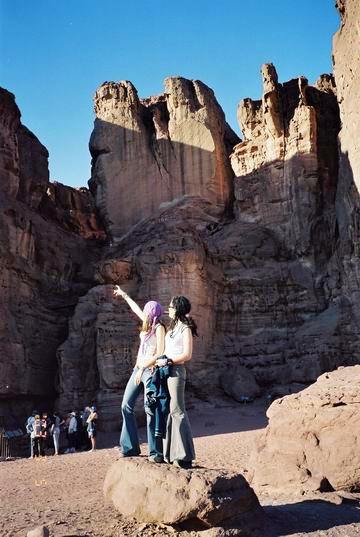 This page was last updated on July 5, 2019 (text corrections)