In Oren creek, at the west edge of Mount Carmel and close to the sea shore, there is a set of famous stone-age caves that were excavated (1958).  Two of these caves are Oren-upper cave and Job’s cave. Another prehistoric cave is located across the valley on the facing hill (the ‘finger’ cave).

The north caves are not open to the public, but you can climb up the hill and visit the southern cave.  However, the findings, mostly flint stones and bones,  are displayed in the prehistoric museum in Central Carmel in Haifa (inside the Haifa Zoo).  You can also visit another prehistoric site – in Nahal Maarot (Carmel Caves).

An aerial map of the Oren caves is seen below. 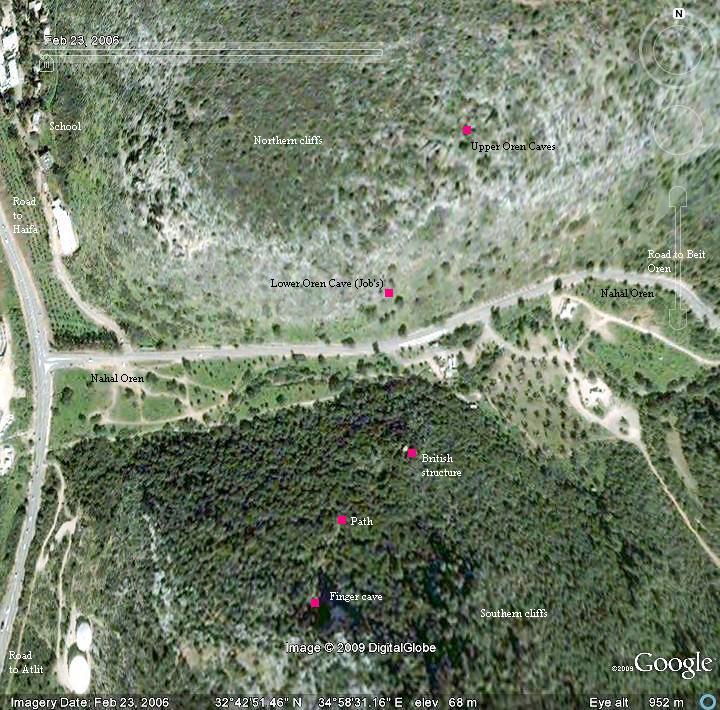 These are the major caves that were excavated on both sides of the Oren valley, at the western edge of Mount Carmel:

These caves were mostly seasonal, and not used throughout the year.  They were also used as a base for hunting. There were other caves that served as home bases – like the Carmel Caves. 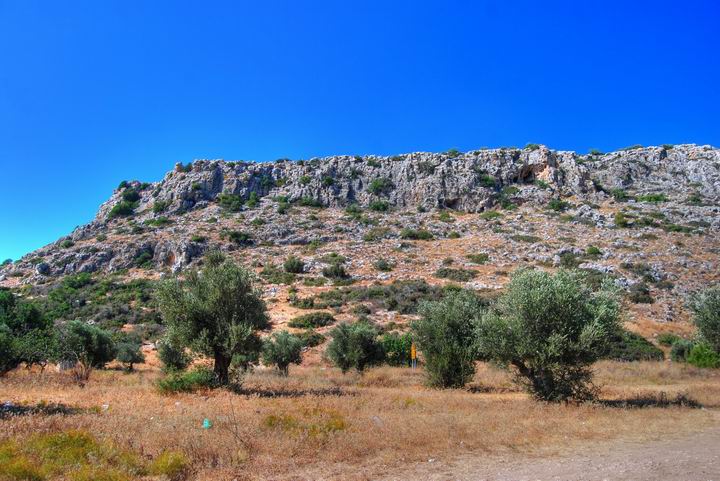 The north prehistoric caves are located 500M east to the junction. The lower cave, seen close to the road, is called “Job’s cave”, while the upper cave is located near the rim of the cliff. 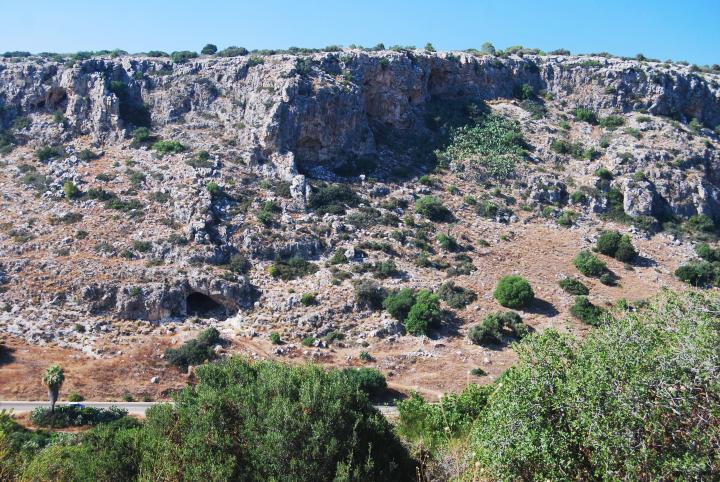 The south cliffs are covered by bush. On the hillside is the “Finger” cave (on the far right side), and a British post (on the left side). 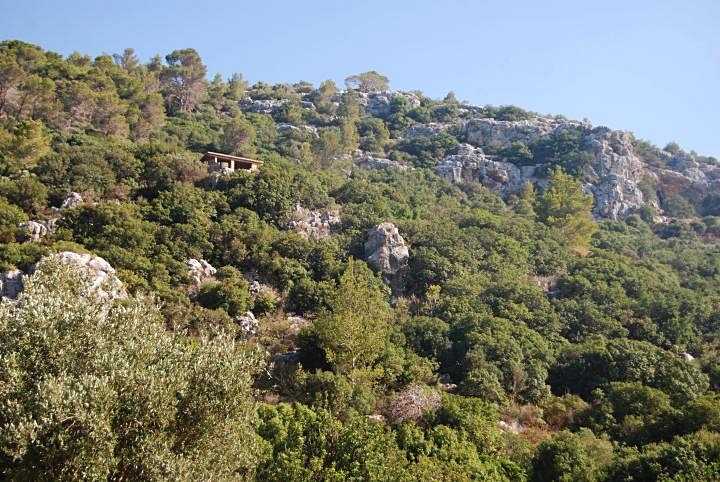 The photo below shows the valley of Nahal Oren (“Pine creek”), passing between these cliffs eastwards, towards the heart of Mt Carmel – Khirbet Oren and beyond. An information station welcomes visitors and provides maps and information. You can park there, and start the hike to “finger” cave and cliffs. 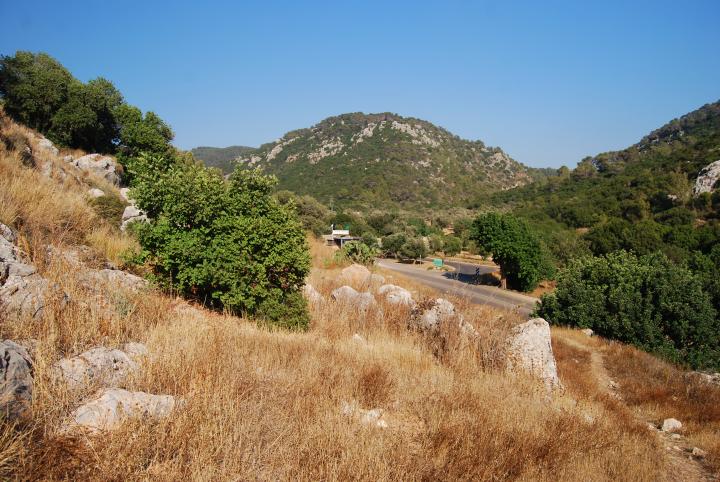 On the high side of the north cliffs (at altitude of 120M, or 80M above the valley) is a series of caves called “Upper Oren” caves.  A panoramic view of the cliffs on the north side is seen below; the caves are located in the center of the photo. 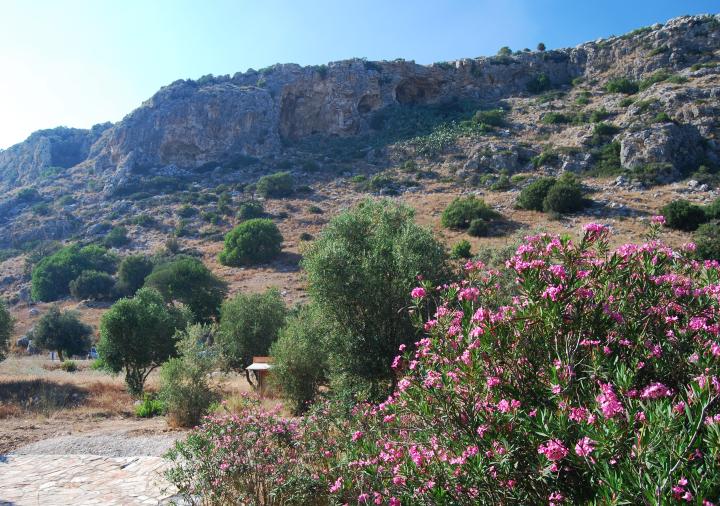 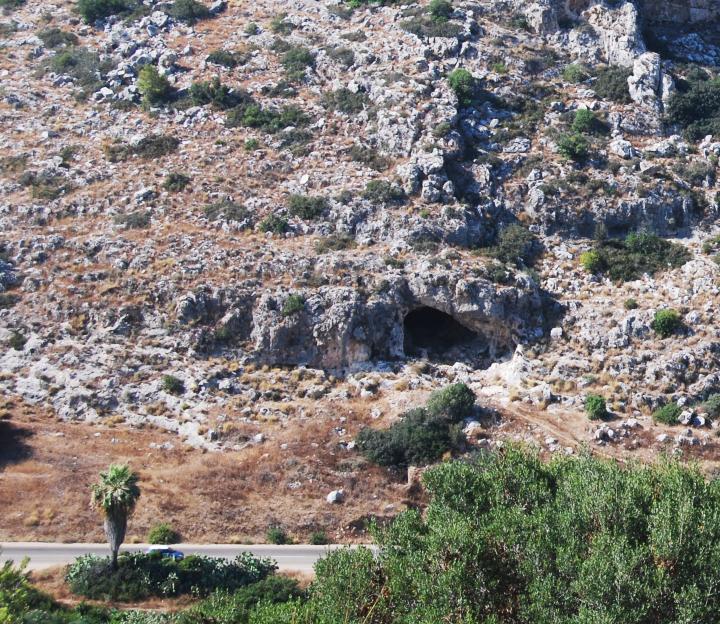 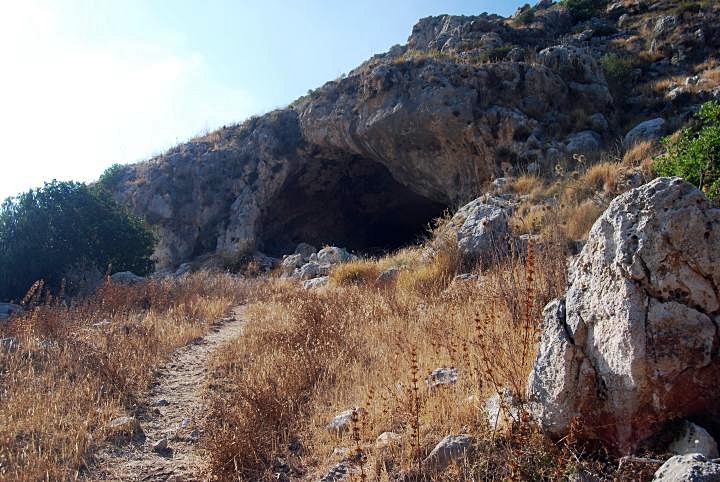 The findings were dated to: 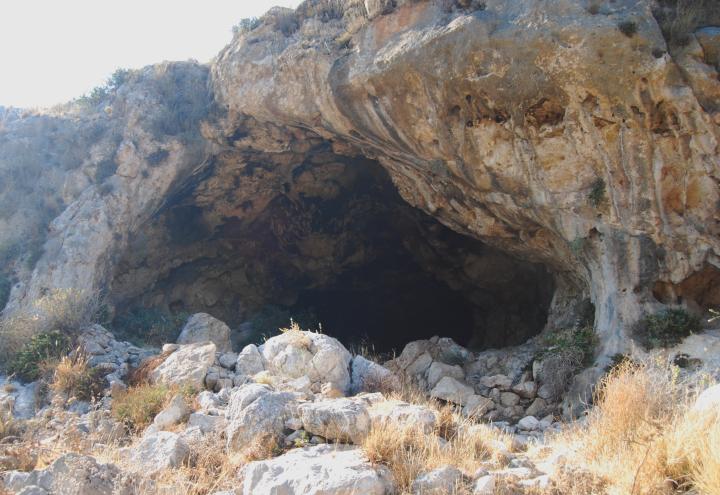 The “finger” cave (Ma’arat Ha’ezba, Etzba cave) is located on the other side of Oren Creek, opposite to Oren caves, 110M above the valley. The opening of this cave is seen in the photo below. A path leads to the cave from the center of Nahal Oren park. 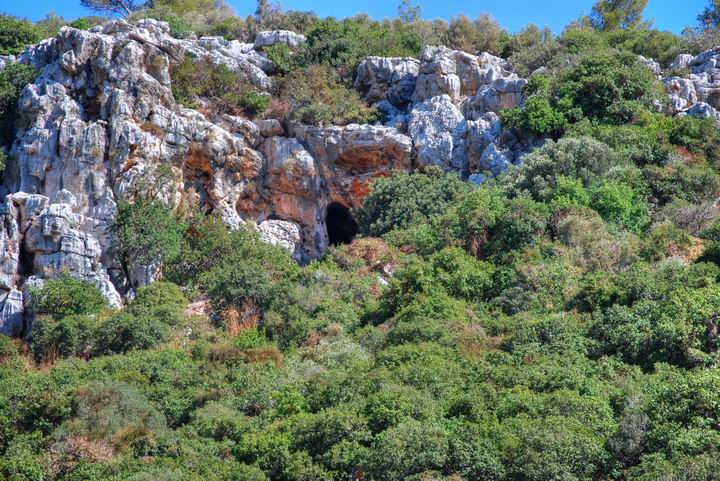 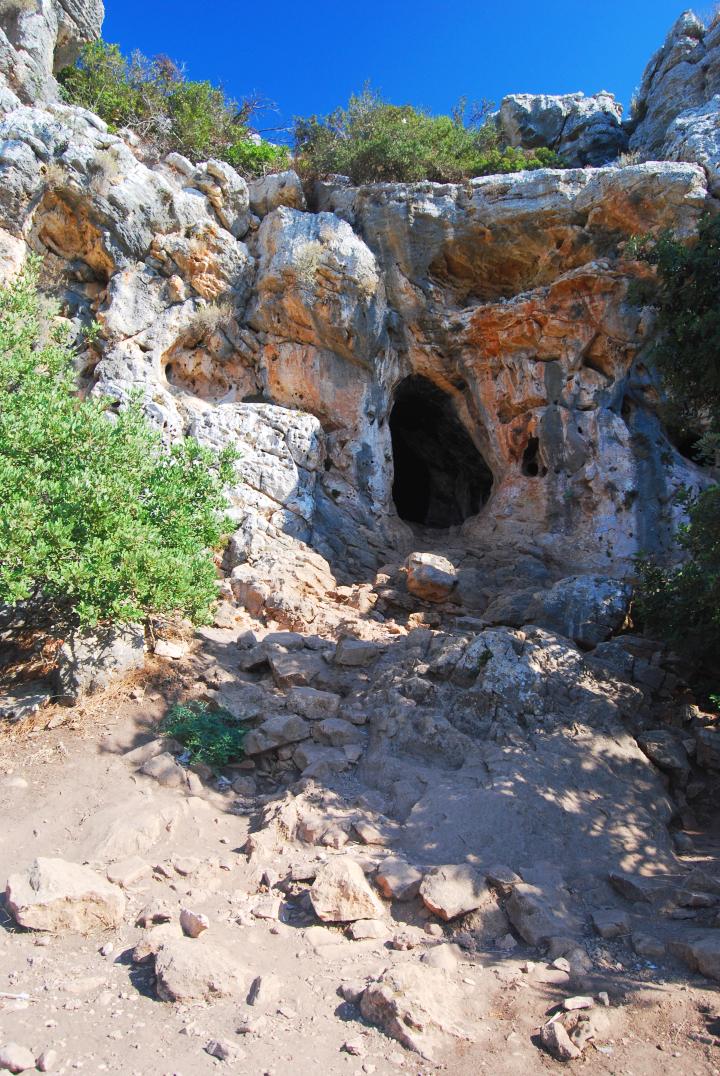 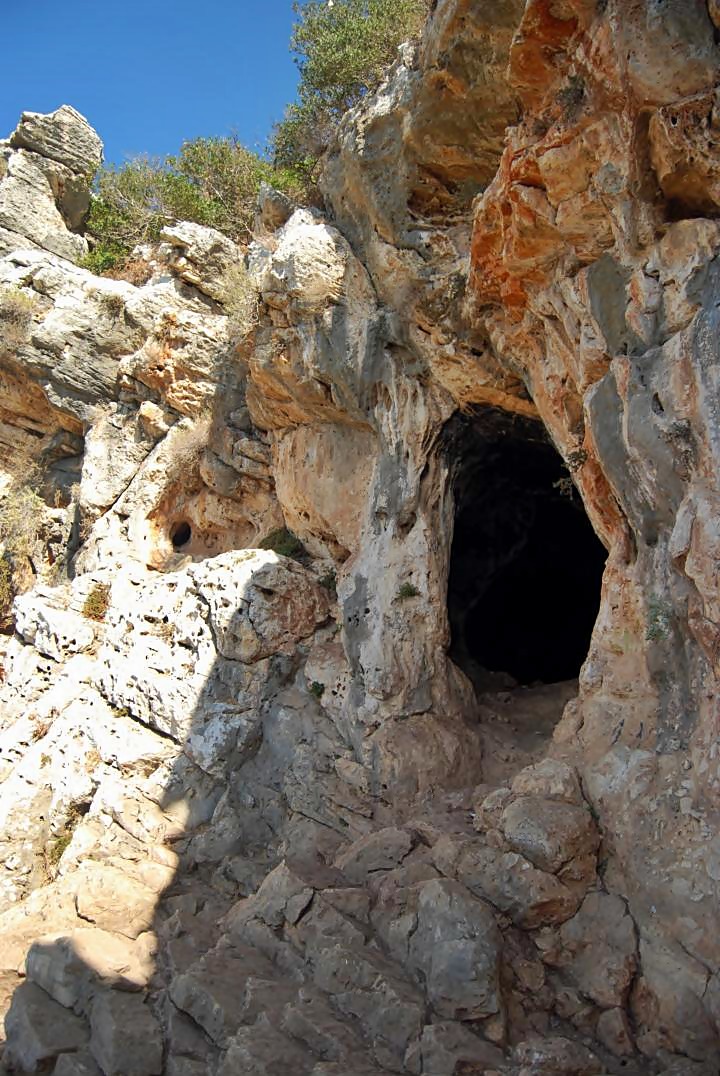 From the entrance of the cave is a great view of Nahal Oren (“pine creek”), the north cliffs, and the Mediterranean sea in the background. A carob (Harub) tree stands on the western side of the entrance. 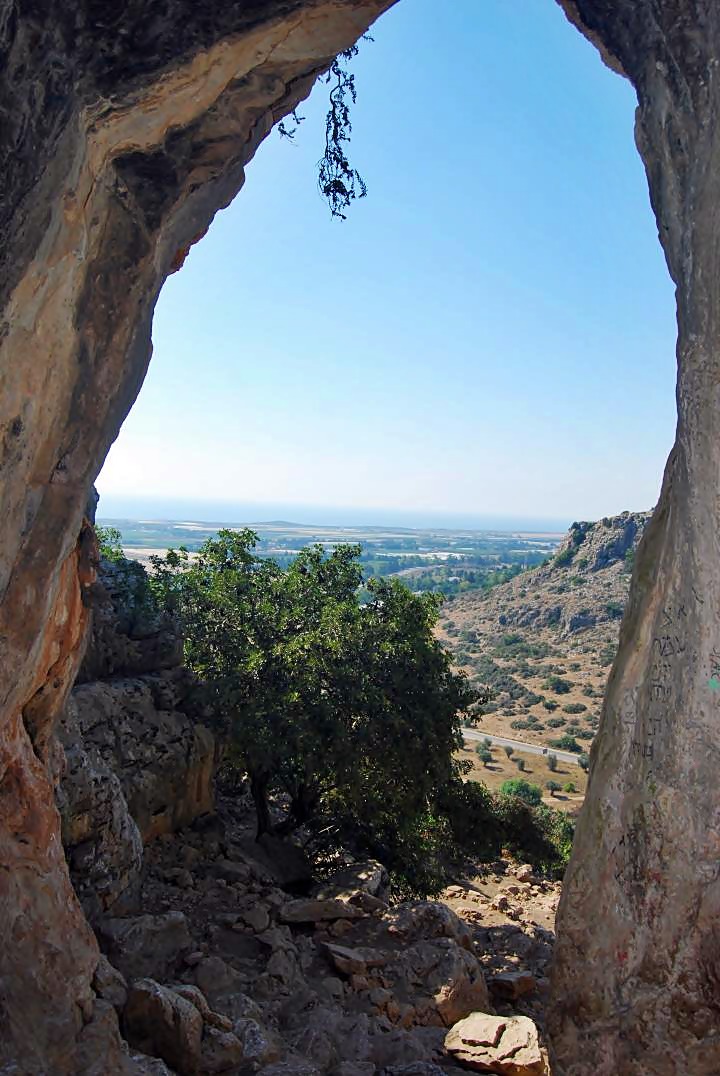 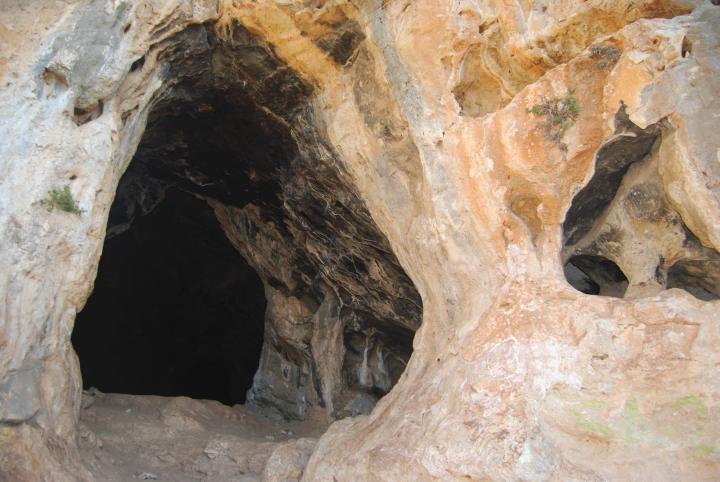 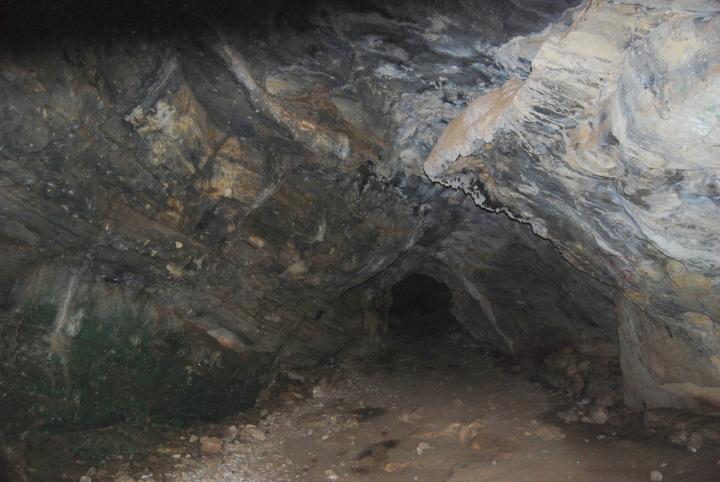 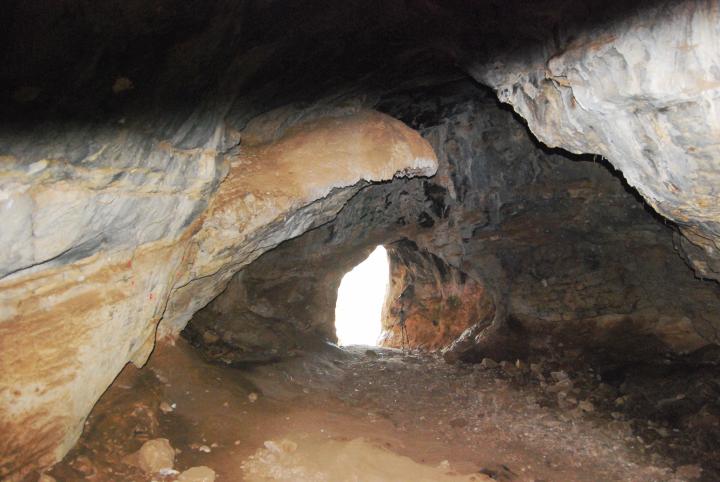 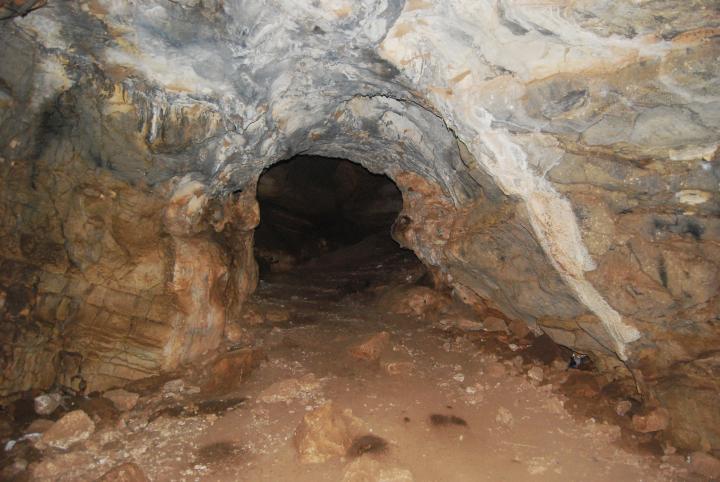 On top of the cave we saw a Hyrax (rock rabbit, or Hebrew: Shafan Sela) which is a typical mammal residing in the cliffs of the  Galilee. The Hyrax is mentioned in KJV Bible as coney (an English word for rabbit, “Shaphan” in Hebrew), as  in Leviticus 11 5: “And the coney, because he cheweth the cud, but divideth not the hoof; he is unclean unto you”. Read more about the Hyrax in Khirbet Fachir. 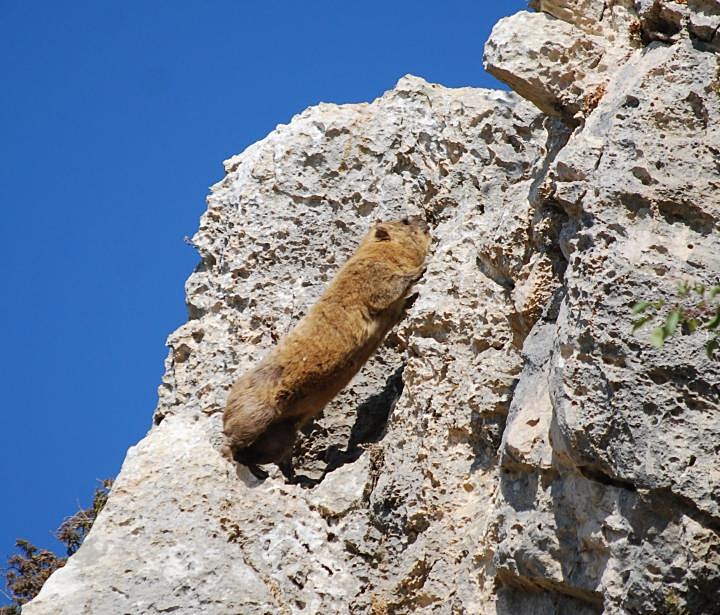 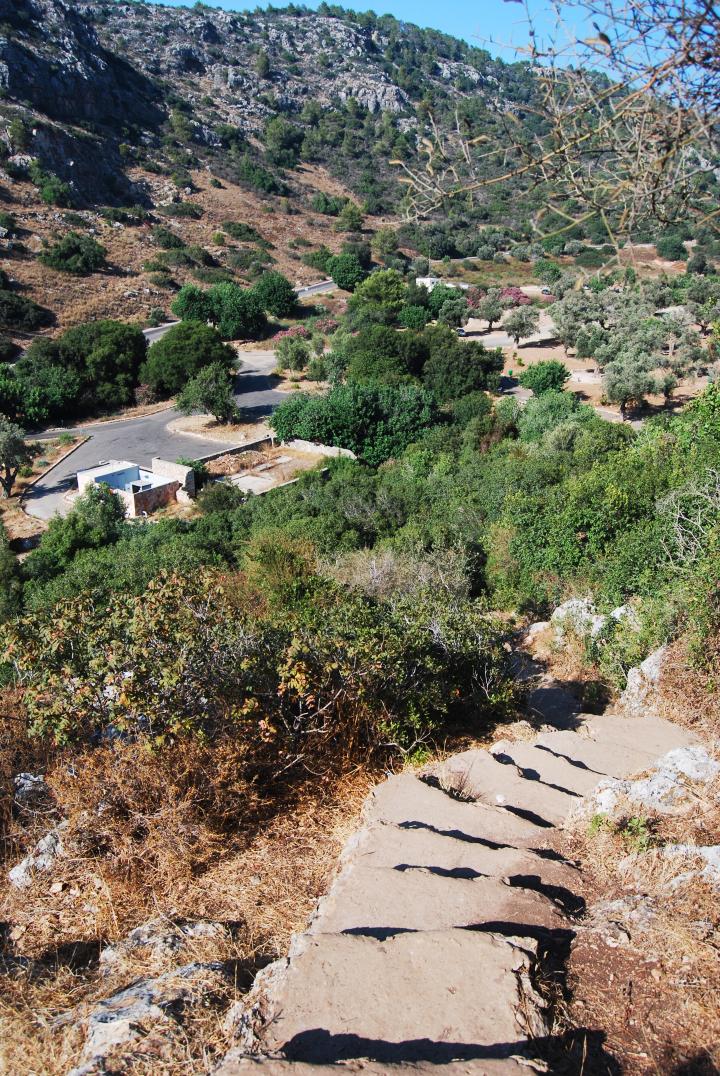 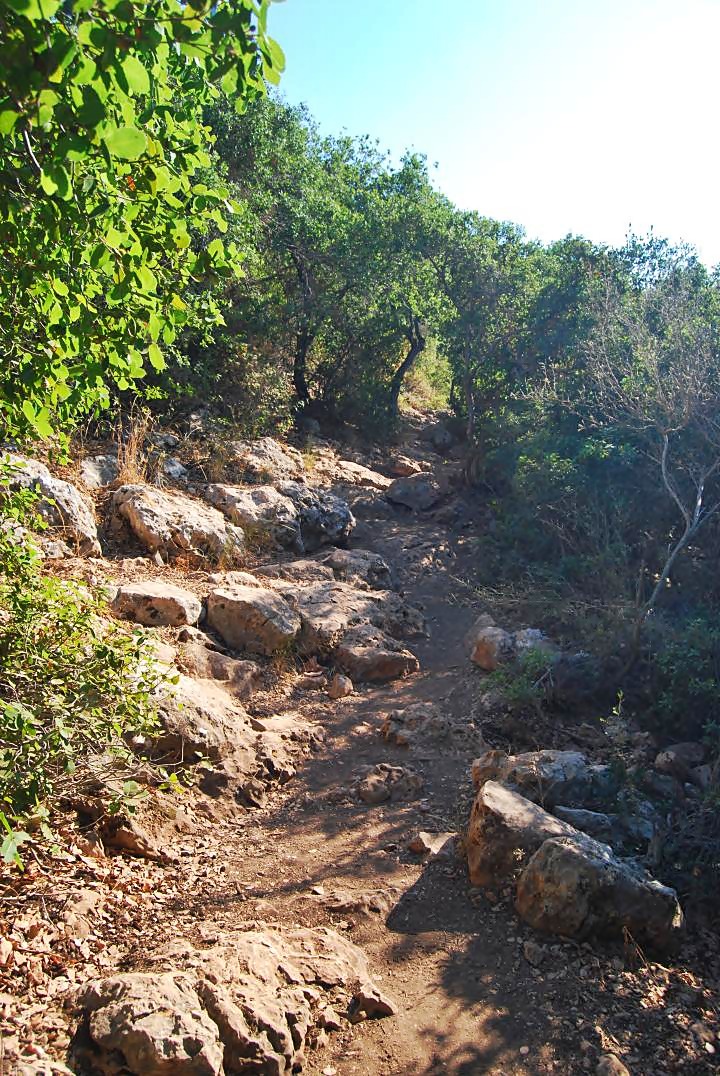 Along the path is a small British post, which was constructed here during WWII in order to protect the entrance to Nahal Oren, one of the roads to the center of the Carmel. This fortification was part of the “Masada” plan, conceived in order to make the “last stand” on Mount Carmel in case the German forces would have passed the British defense lines in Egypt. There are a number of British-mandate period structures in this area, such as on the west side of this ridge, and on other areas of Mount Carmel. 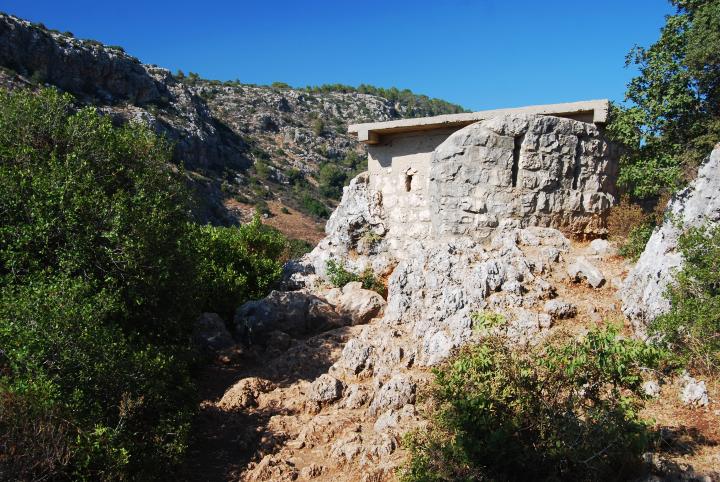 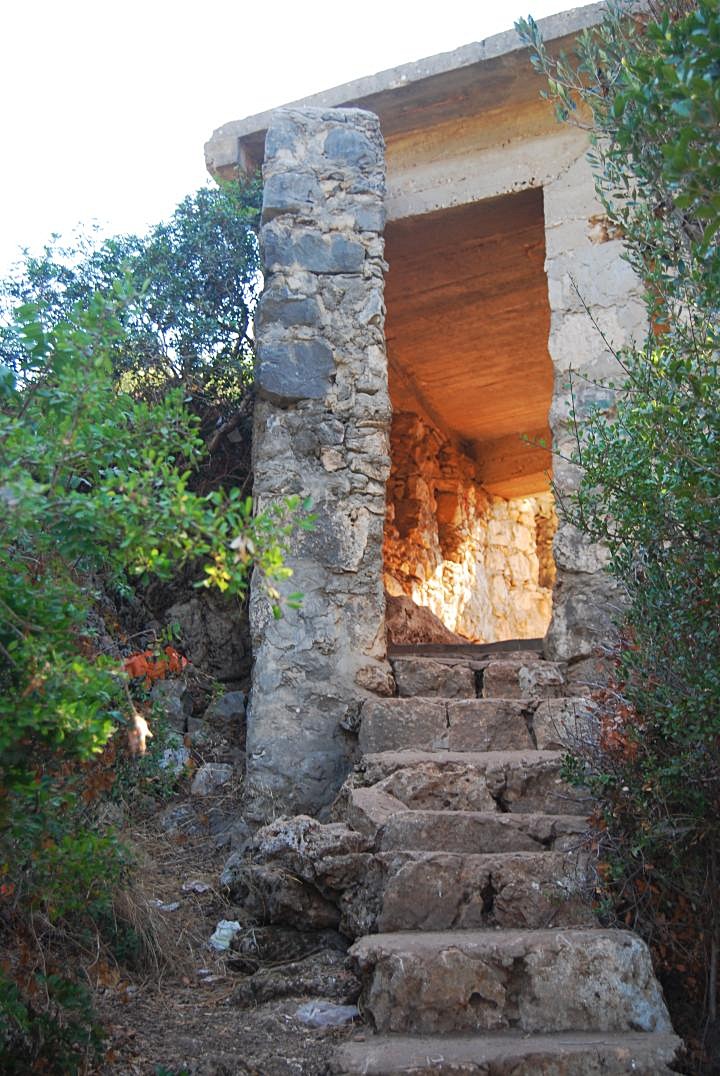