This web page focuses on the period after the Crusaders departed  in 1187.

For a general description and history of Nebi Samuel (Samwil) – refer to the overview page.

This section on the history of the place focuses on the period after the Crusaders were pushed out by the Arabs  (1187) until the British Mandate (1920-1948).  For a full history of Nebi-Samuel – check the overview page.

The Crusaders were driven out of Jerusalem  in 1187 by Saladin, and retreated from the site.  The abbey church of St. Samuel, which was built by the Premonstratensian order in 1141, was destroyed by the Arabs in order to prevent its recapture, and the monks transferred to Acre in 1244.

In 1267 the Mamlukes captured Jerusalem and controlled the Holy Land until 1517. Remains from this period include two ceramic ovens near the stables.

The ruined site continued to attract Jewish pilgrims during the 15th and 16th C. They continued the Crusaders tradition of the location of Samuel’s tomb. During this time the Arabs allowed the pilgrimage, but harassed them in order to control the place.

After a long period of struggle between the Jews and the Muslims over the ownership of Nebi Samuel, the tomb was finally controlled by the Muslims in the first half of the 18th C. The ruins of the church were converted by the Ottomans to a  mosque in 1730.

During WW1 (in 1917) there was a heavy fighting between the British and Turkish forces, since Nebi Samuel is situated on a strategic hill on the outskirts of Jerusalem. This was followed by a massive bombardment, which completely destroyed the Crusader and Ottoman structures and village. The British 75th infantry division who fought here (on 20 to 24 Nov 1917), received a sign of a key to commemorate the battle of Nebi Samuel which was regarded as the “key” to the capture of the Holy City.

The mosque was repaired after WW1 and the current building is from that time.

The modern structure, which was reconstructed after WW1, is built on the foundations of the Crusader structure, and preserved its architectural features.

The traditional tomb of Samuel is located in an underground chamber, which is reached by a staircase from the north side. Its location was once the crypt of the Crusaders church. 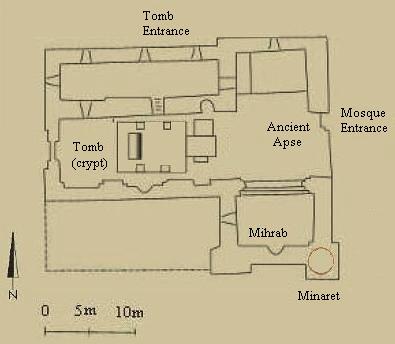 The structure of the tomb of Samuel is seen in this view from the east side.  This is a 2 story building which was restored in the 1920s after it was badly damaged during the war. An observation roof provides great views of the region around the hill. 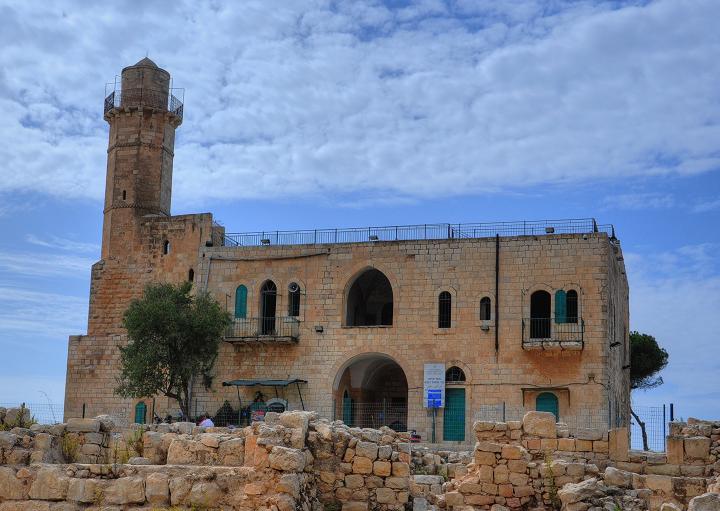 The entrance is located in the middle of the eastern wall. This used to be the location of the apse of the Crusaders church, which faced the east. 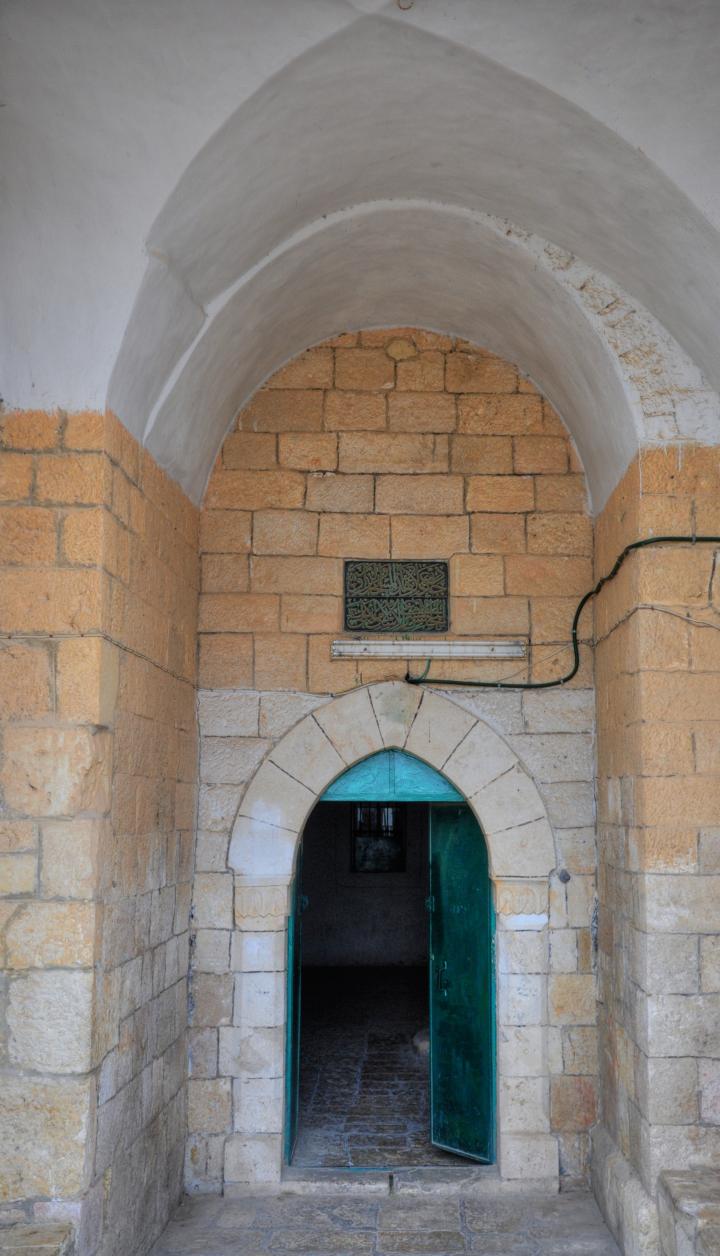 The Arabic decorated inscription describes the reconstruction of the mosque, with a date of 1926 (Islamic year of ۱۳٤٥ = 1345). 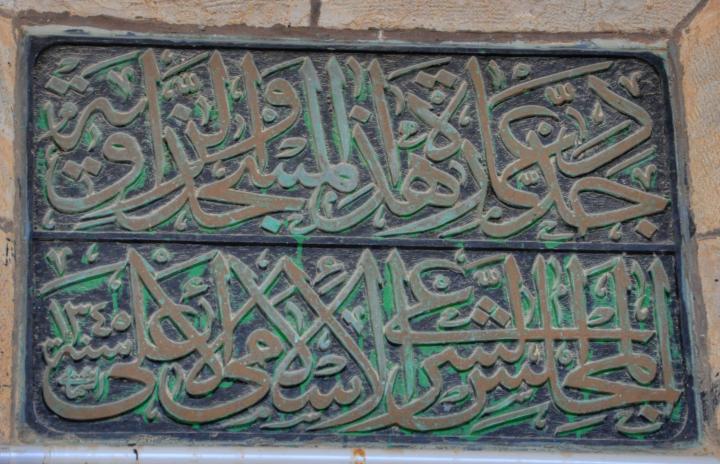 The high round Minaret – tower for calling for prayers – is located on the south-east corner. This tower is visible from distances and is illu8minated at nights. 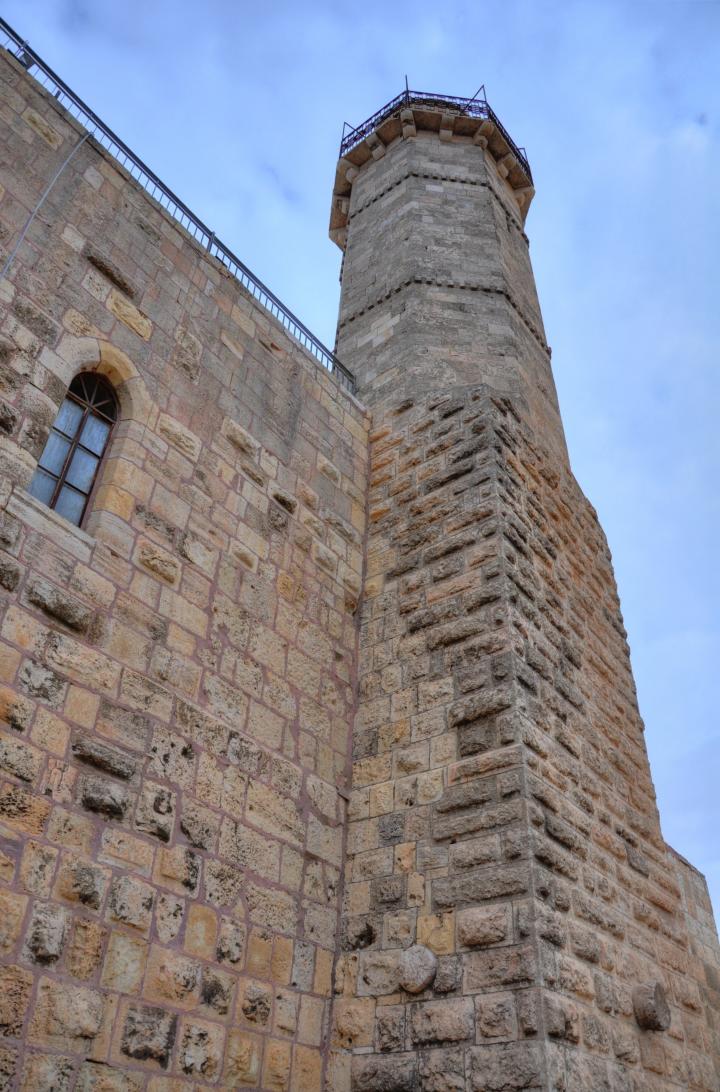 The inner side of the mosque preserved the architectural features of the Crusaders Church, with its Romanesque style design – noted for its immense rounded arched halls.

On the southern side of the inner hall is a plain mihrab  – the Arabic prayer niche which faces Mecca. It is designed like a door, since it symbols a passage to the Holy City of Mecca. The mihrab is painted in green, which is a Muslim symbol used in decoration of mosques and tombs. 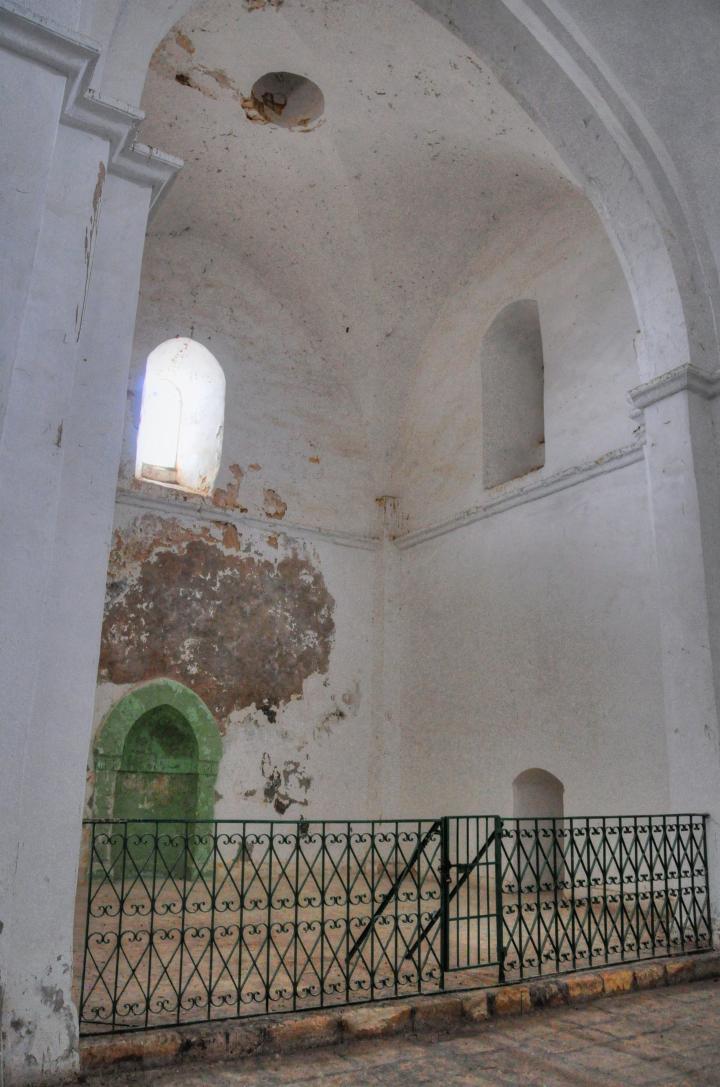 On the north side is a staircase which leads to the second level. 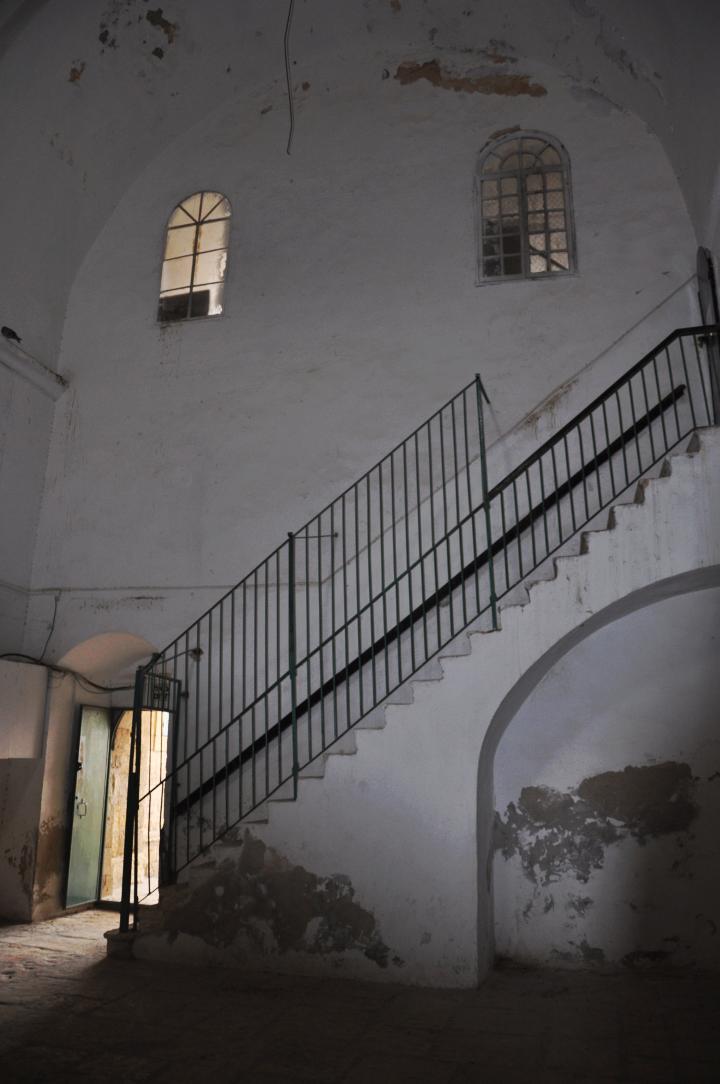 On the north side of the structure is the entrance to  the traditional tomb of Samuel. The door opens to the women’s section of the Jewish synagogue. Women come here to pray, and often there are a dozen or more of them at this popular religious site. 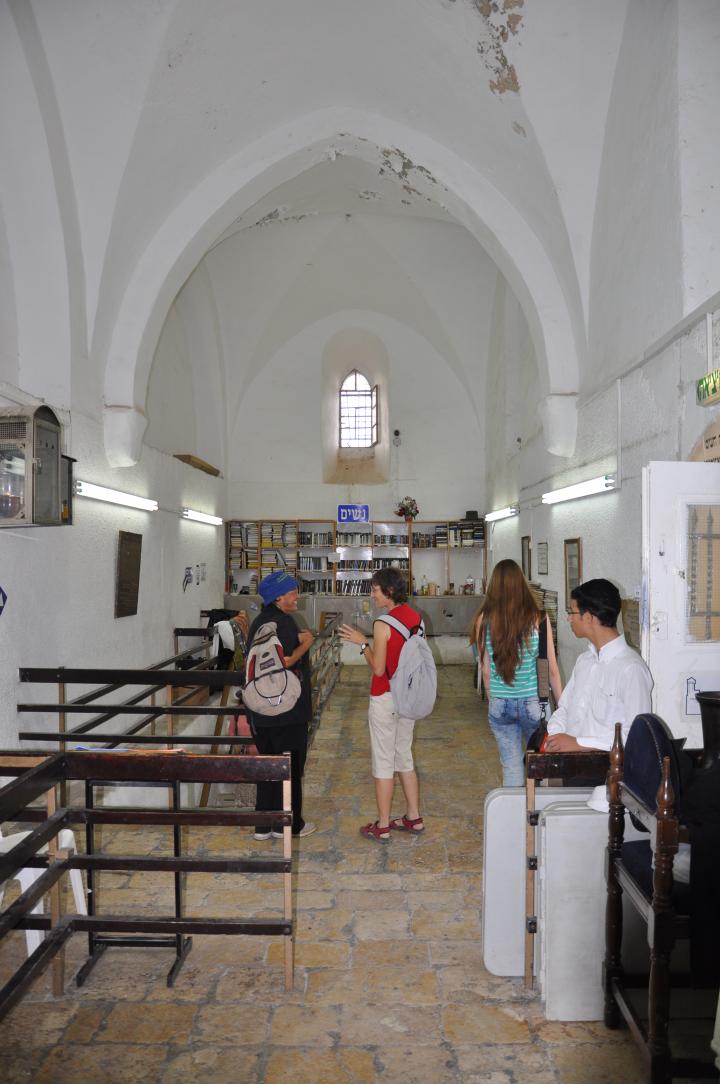 A staircase leads down to the underground level, where the tomb is located. The sign in Hebrew tells “men only”. 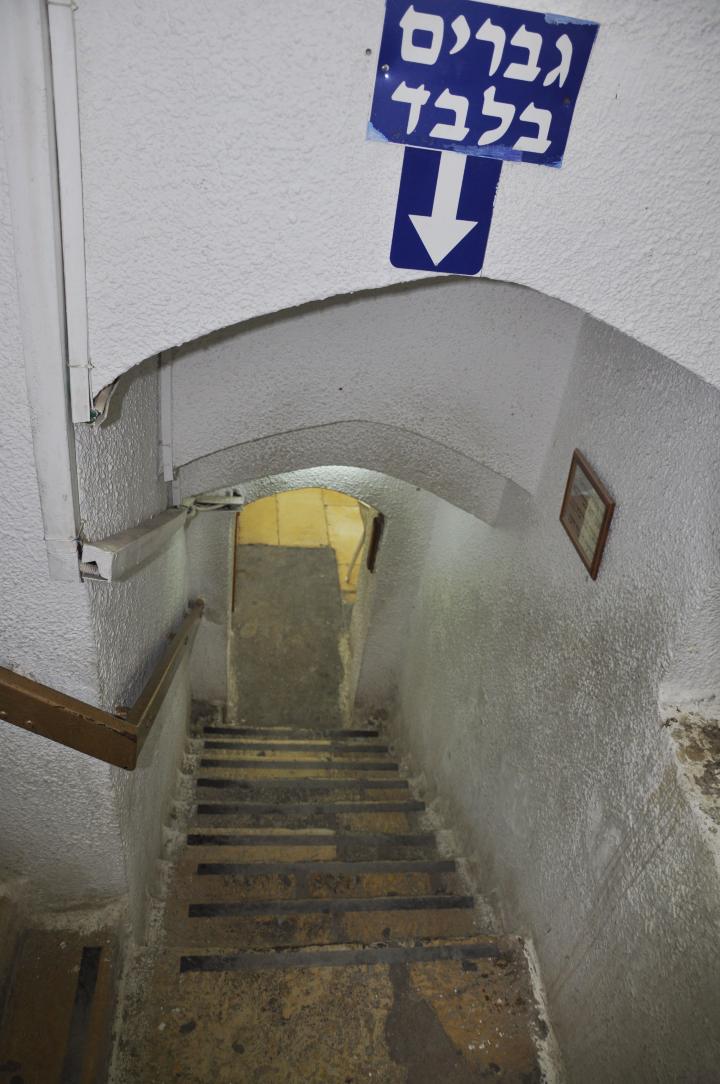 The tomb is located on the right side, with the men’s section on both sides of the tomb. 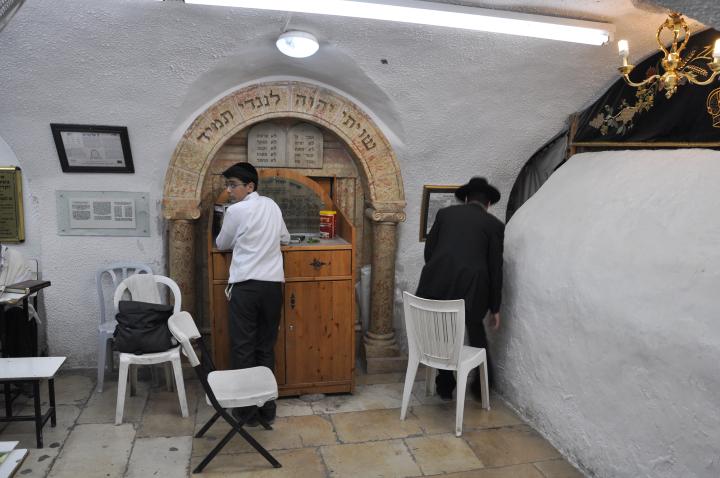 A closer view of the traditional tomb of Samuel. 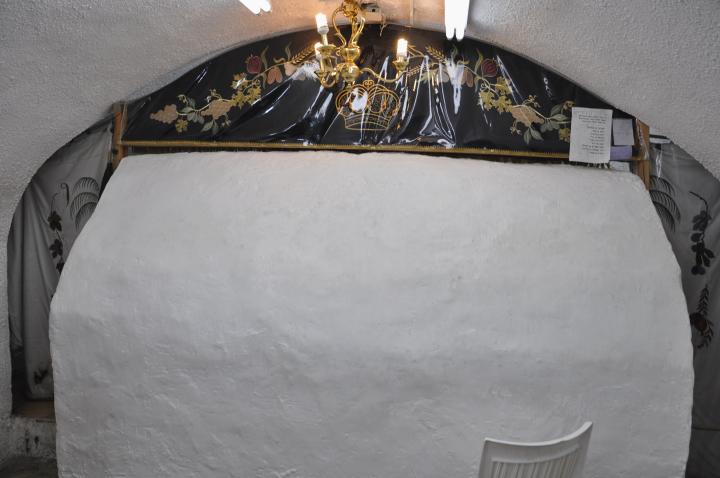 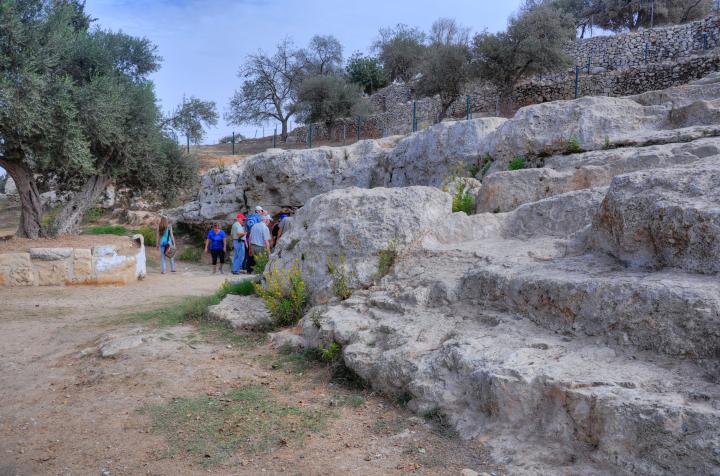 Visitors come hear to pray and bath in the Holy waters of the tomb of Samuel. 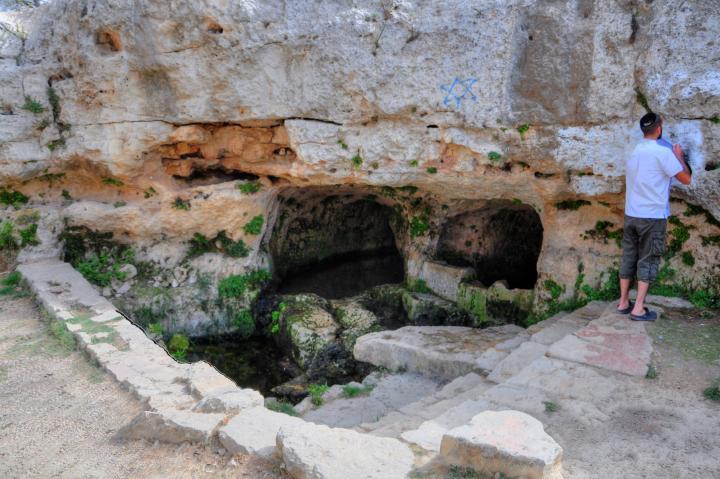 The spring has a year round water flow. The waters of the spring come through a rock hewn tunnel. 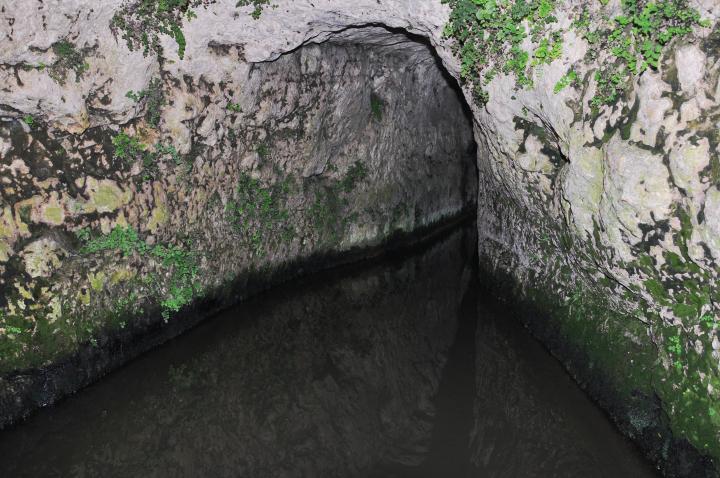 A butterfly caught in the water tries to release itself out of the trap,  and the rhythmic flapping of its wings causes these concentric patterns of waves in the pool. 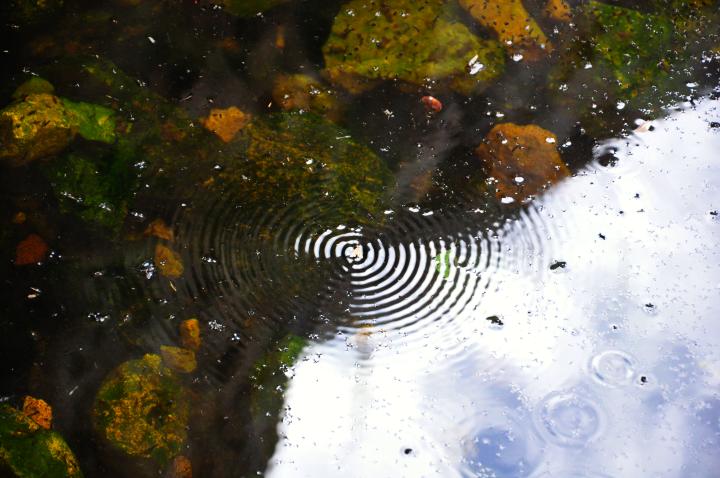 Nebi Samuel was famous for its pottery during different periods in its history. Perhaps its religious fame gave the ceramics produced in Nebi Samuel a commercial advantage.

The excavations revealed four large ovens dated to the Byzantine period (5th-6th century), which were built over the Hasmonean level. This production continued during the Early Arab period (7th-10th century), when three more kilns were added south of the Byzantine monastery.

In the photo below are the remains of one of the kilns, marked by the blue sign. Many fragments were uncovered in the waste pile of the production center. 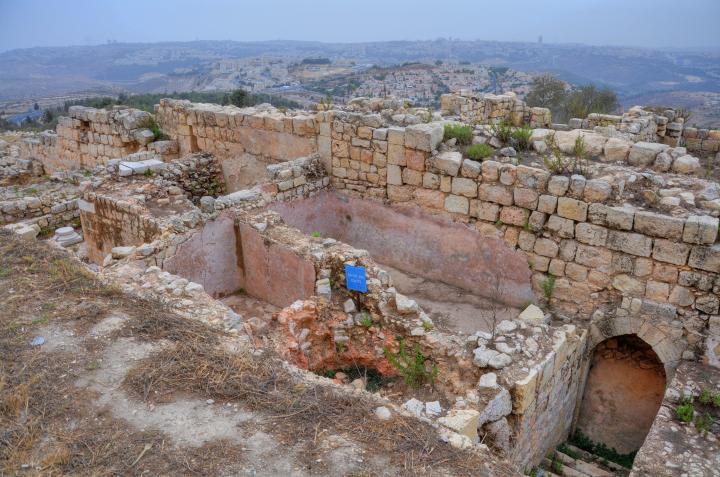 During the Mameluke period (13th-16th century) the ancient church was in ruins. However, during this time several installations were constructed, such as two kilns used for burning pottery.  These can be seen near the ancient stables on the north side of the open area. 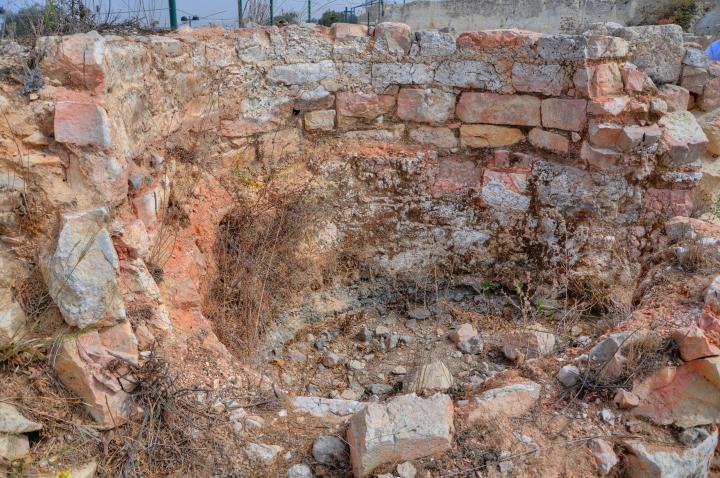