An ancient market and the house of a rich Nabatean family becomes alive again during Mamshit festivals.

An ancient market becomes alive again during Mamshit festivals.  The festival is also held in the nearby “Nabatu” house – the largest house found in the city.

On the south-eastern side of the city, north of the church, is a street from the days of the Nabateans. Rows of rooms on the sides of the street served as shops.     Its location is indicated on the map as a red square. 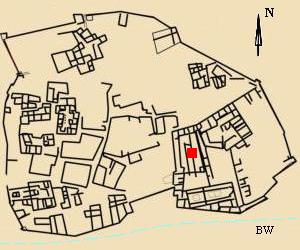 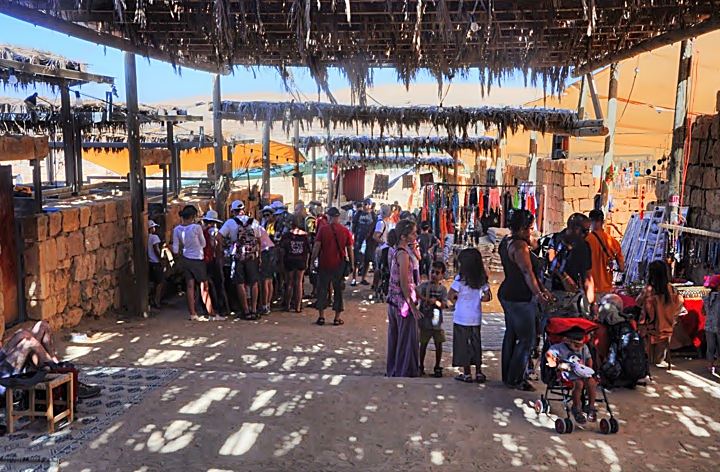 The visitors, mostly families with kids, come here to browse through the items for sale, watch performances, and tour the antiquities. There are different types of arts and crafts on display, such as these metal objects. 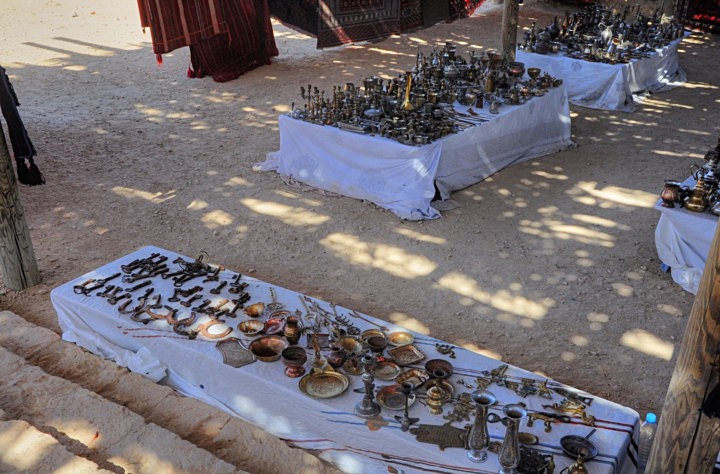 This craftsman fills bottles with colored sand. The sand is poured into the bottle in the proper sequence, thus creating shapes and forms. 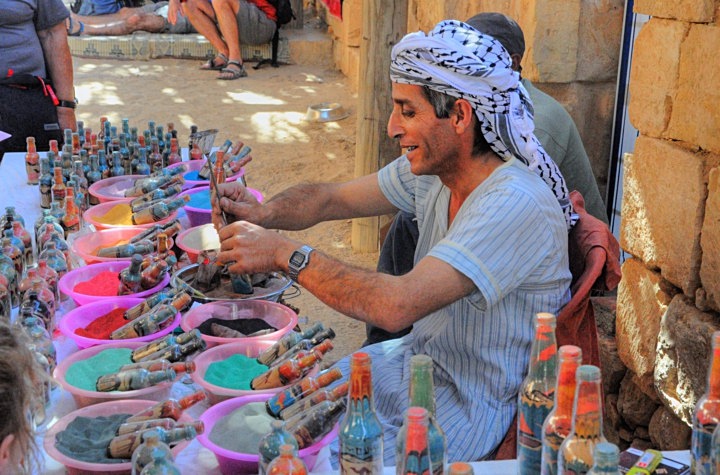 Some of the results of the colored sand bottles is seen below. Some of the colors are natural, found in the Negev hills. There are actually several places where you can collect the sand and prepare the bottles yourself, such as in the Ramon crater and the Great crater. 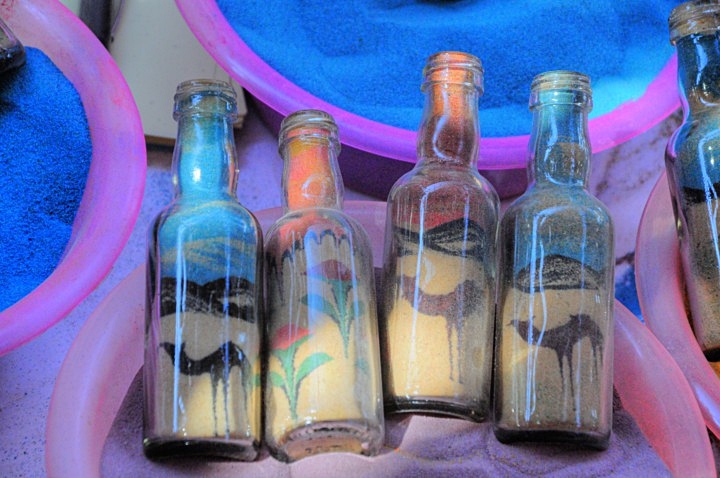 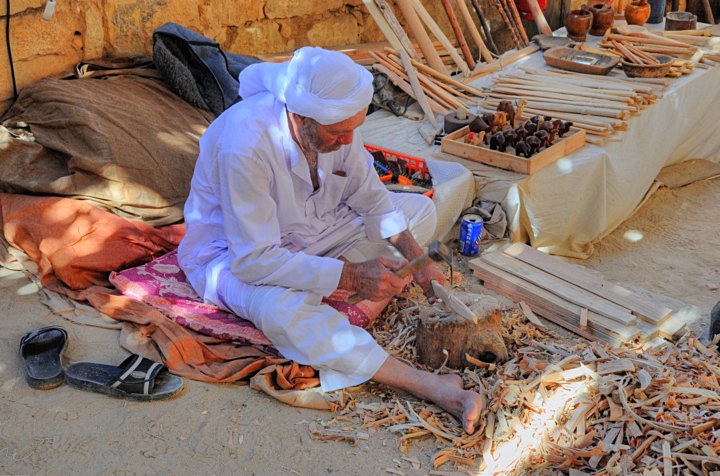 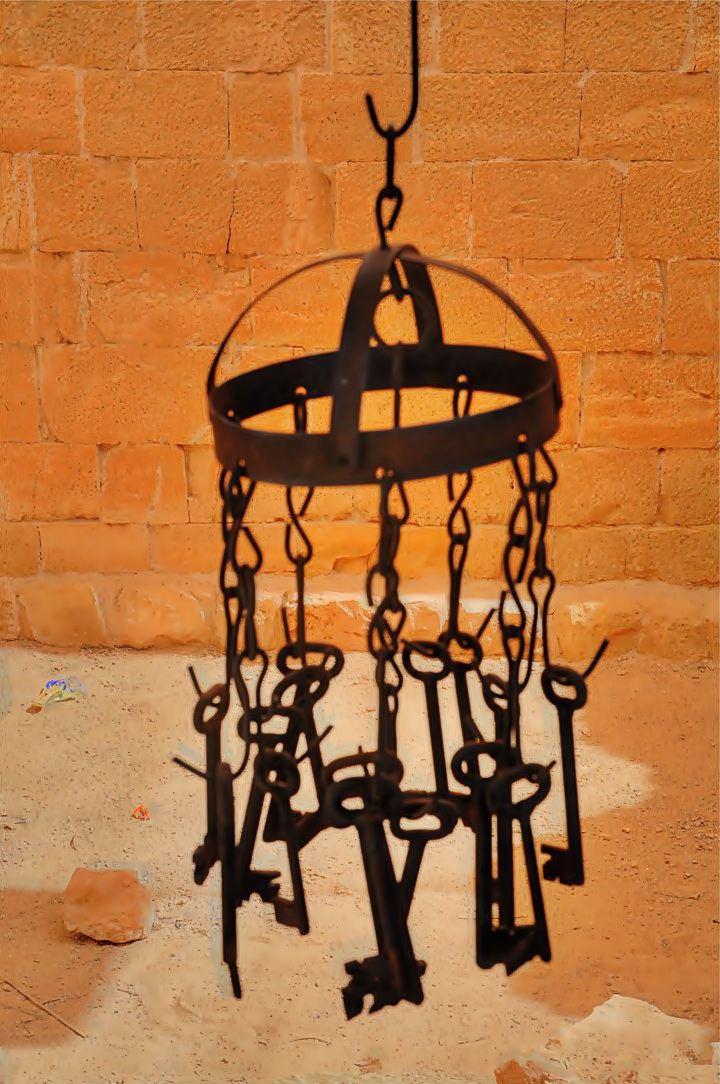 The shops are arranged along the street and inside the rooms that once hosted the Roman period shops. This  craftsman  works inside one of these rooms, preparing jewelry. 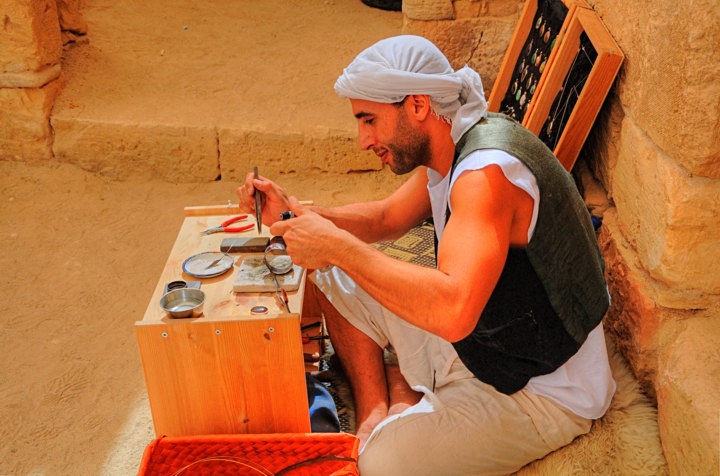 You can watch him prepare jewelry, or simply buy it: 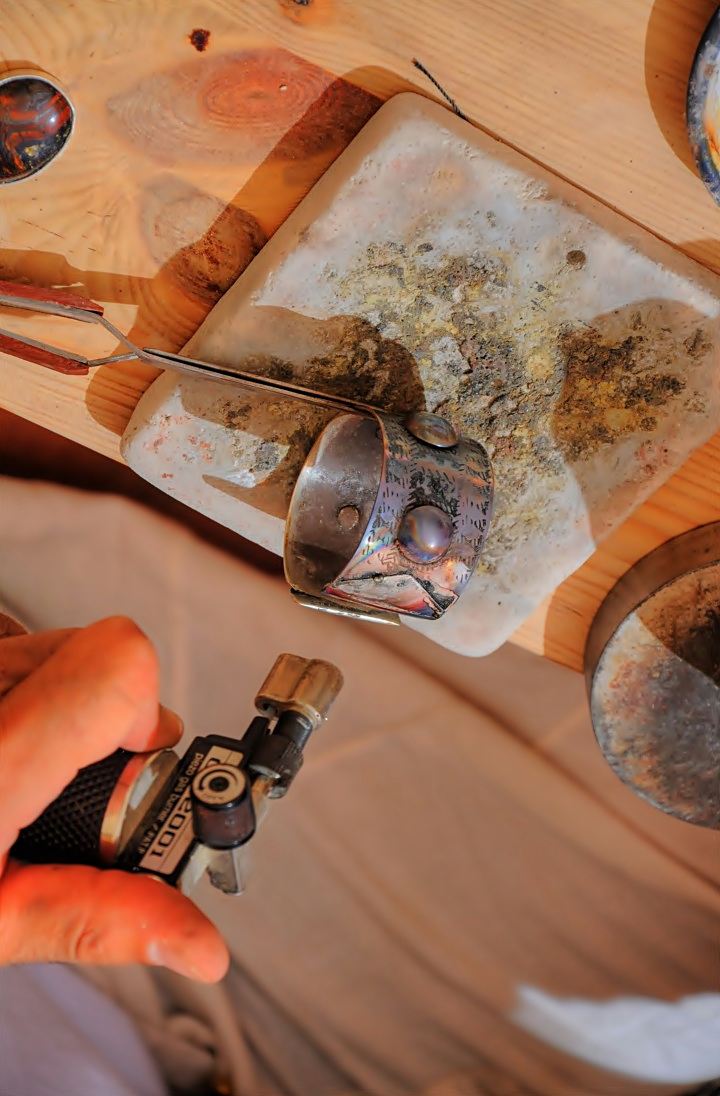 You can find here a variety of merchandise, such as the wooden chickens: 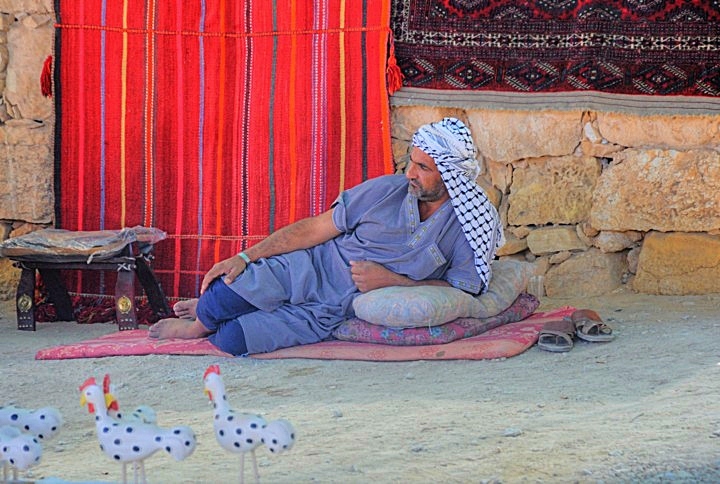 Another scene from this colorful market: 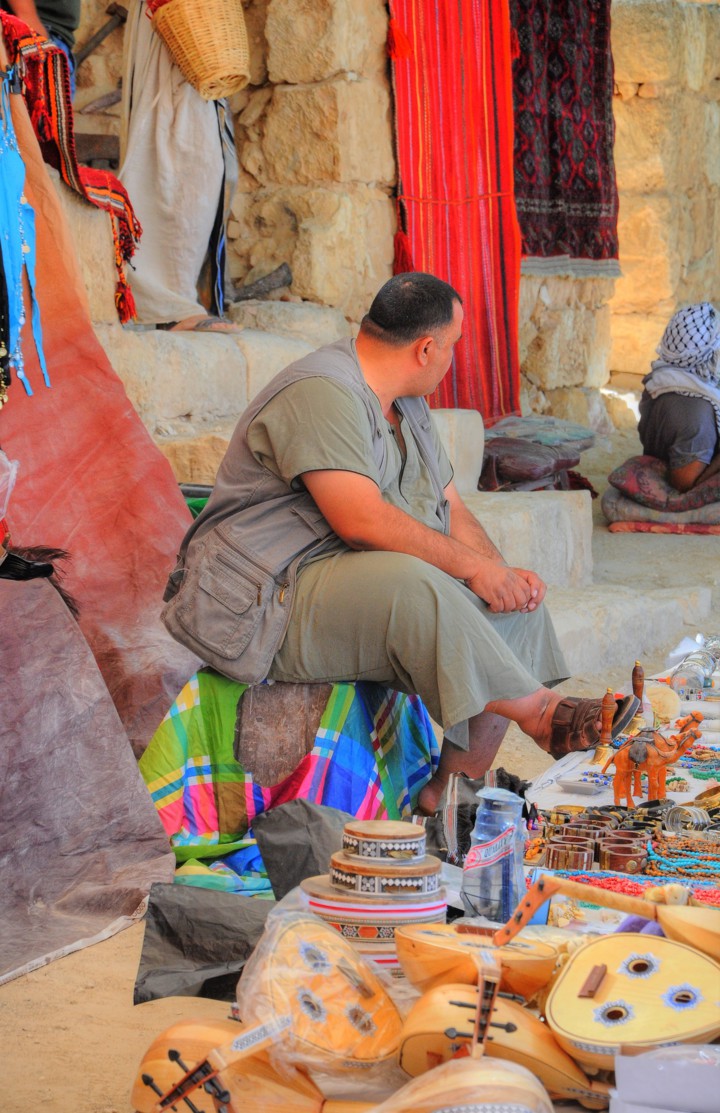 Colored glass objects is also another favorite in these markets: 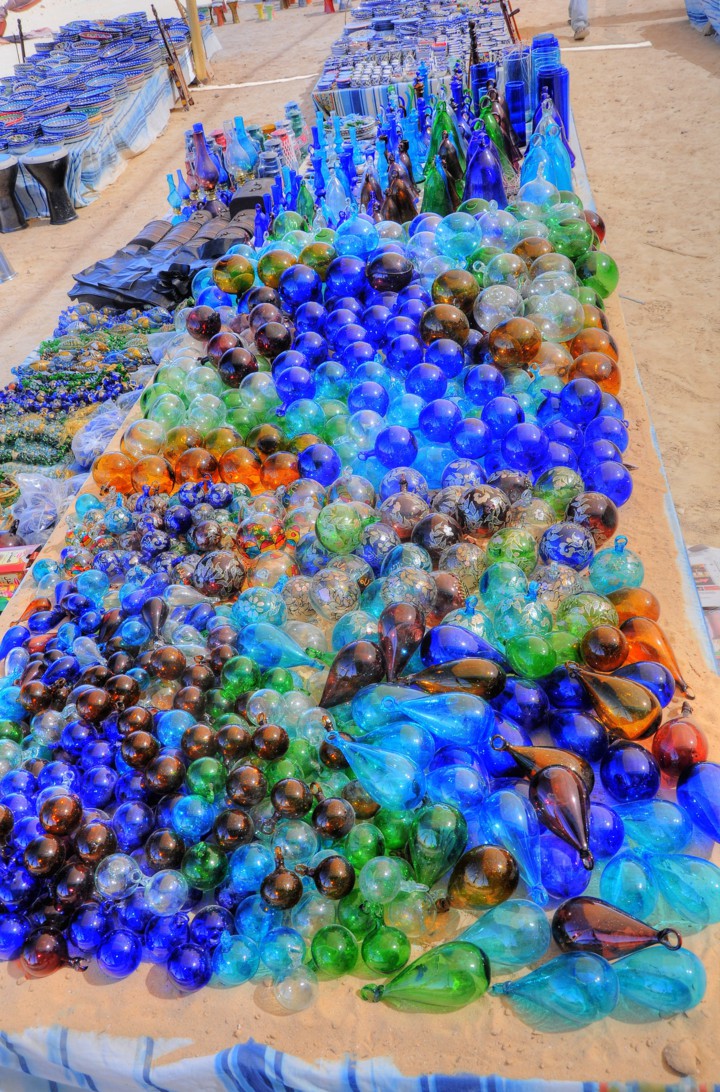 Ceramics are also made here in the oven: 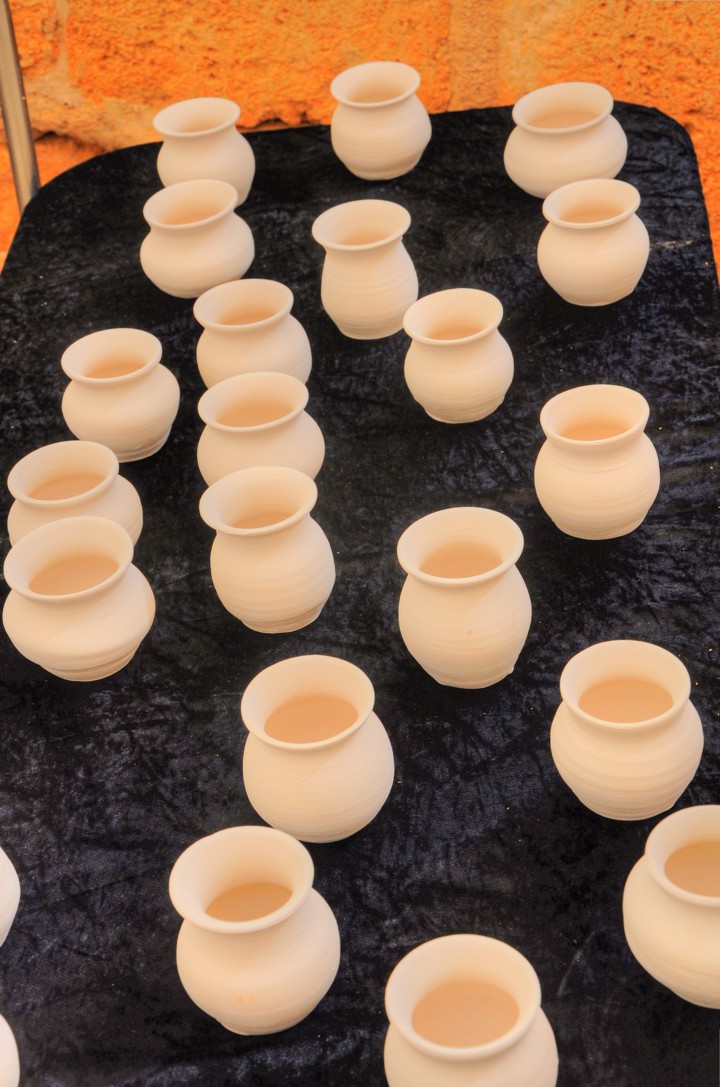 The kids also have fun here. There are workstations where the kids create their own art. 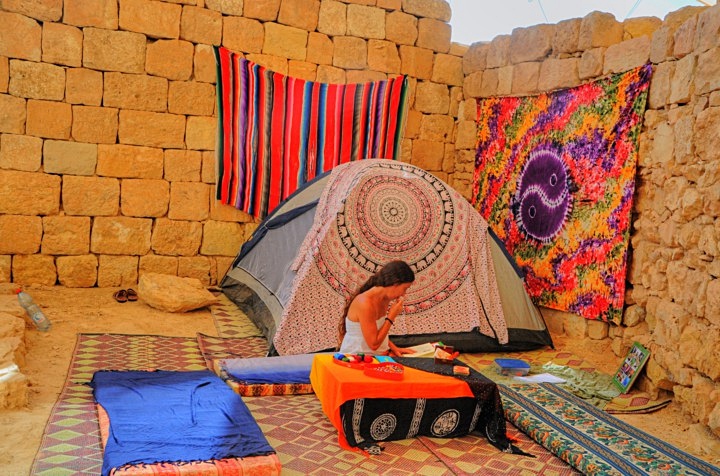 (b) Nabatu House – the largest house

On the eastern side of the city, north of the church and near the market, are the remains of the largest house in Mamshit. It covers an area of 2,000 M2. It is named “Nabatu”  after the Nabatean features found here.

Its location is indicated on the map as a red square. 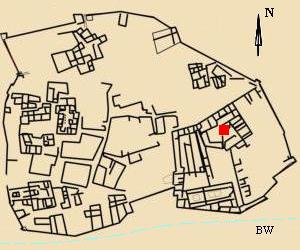 The house has a wide unroofed reception hall. On one side  there were two rooms, probably used by the guards. An arched walkway leads to a spacious courtyard. Around it are several rooms. On the east side of the courtyard is a large stable, with places for more than twenty horses.

The large stable is shown below. The carpets, cover and loudspeaker were used for staging performances during the holiday festival. 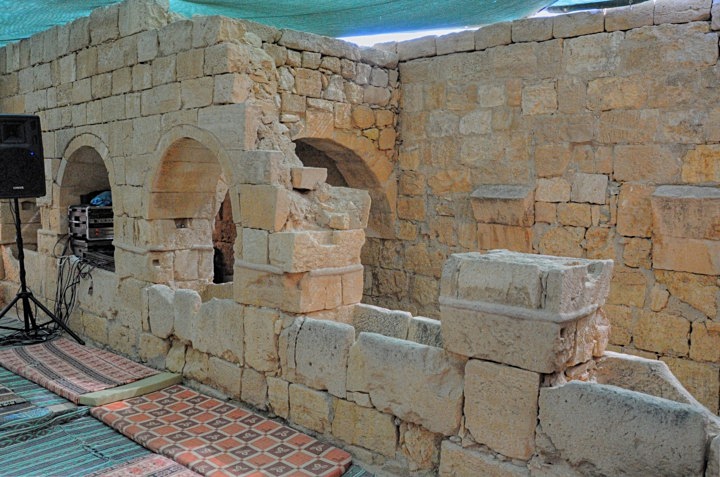 Another view of the stable is seen below. On a level above the stable was a balcony, probably used by the spectators and merchants in order to view and evaluate the horses. 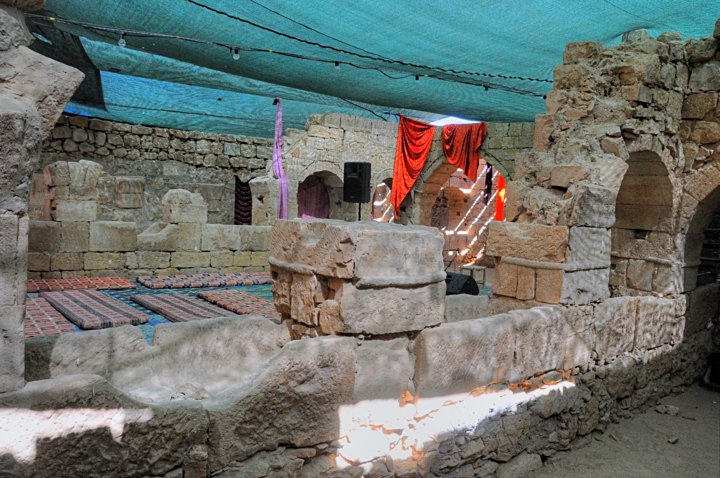 On the north-east side of the courtyard is the residential complex with many rooms. A staircase lead to the upper level rooms. The floor of the upper rooms were covered by mosaics. The walls were painted with colorful frescoes depicting Greek Mythology figures.

Under the staircase, the excavators found a Roman coin hoard, with 10,500 (!) silver coins stored inside a large bronze vessel. The treasure was assembled between about 100AD until 220AD. Indeed, this house belonged to a very rich Nabatean family.

In the 4th century the house became the residence of the local bishop, who converted it to his palace.