This web page presents some of the coins found in the Bethsaida excavations. 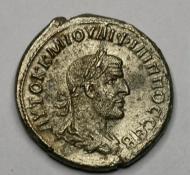 Many ancient coins were found in the excavations of Bethsaida. This web page presents a sample of these coins.

For a detailed review of Bethsaida – refer to its main web page.

One of the most common symbols on Greek coins is the little owl of Athens. The Greek letters “ΑΘΕ”  represent the first letters of the word Athens, which was the leading Greek city state. The Athenian coin was the “king” of international commerce during the 5th and 4th C BC, and was very common in the Israeli numismatics and found in many excavations in cities with a Persian period layer.

Note that the prototype Athenian coin was imitated and minted locally in several Israeli cities during the Hellenistic period. 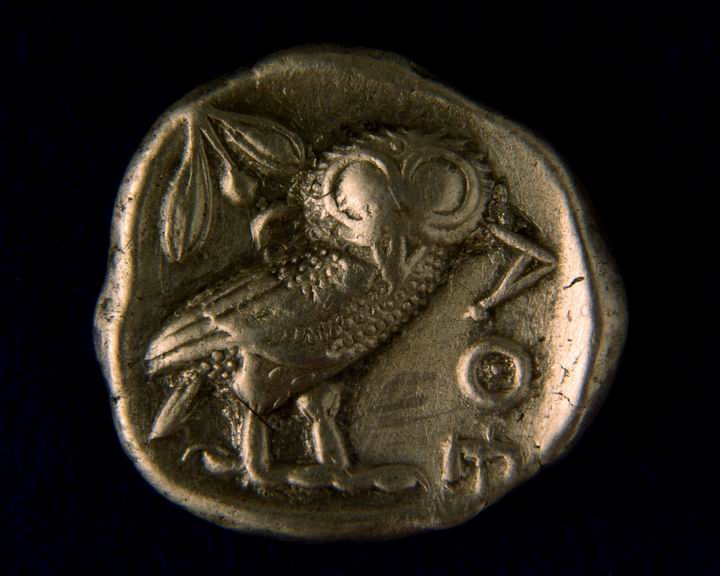 The observe side of the owl coin shows the face of Athena. One of the most prominent of all the Greek deities, she was the city goddess of Athens and of Corinth, and goddess of war and peace. 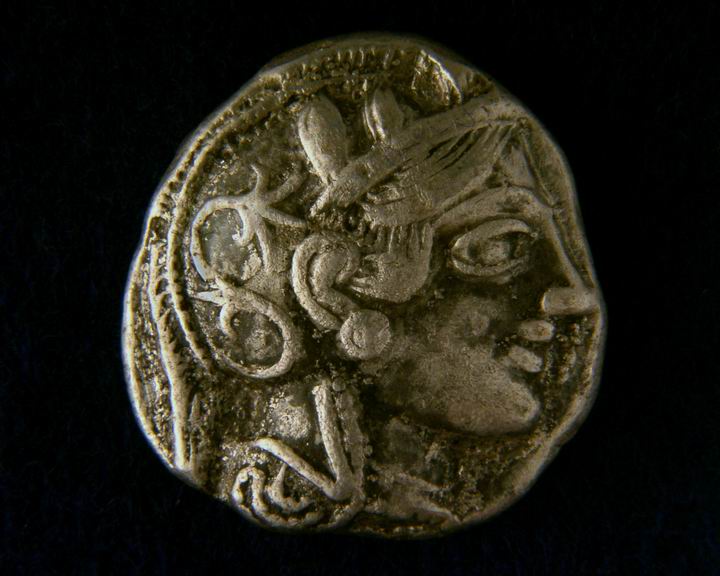 The next coin shows a typical Greek coin, which is an imitation of the series known as “Alexander the great” coins. These coins were very common during the Hellenistic period, and were then like the American dollar is today.  The reverse side, seen below, shows Zeus – king of the gods – seated to the left and holding an eagle on his right hand, and holding a scepter with his left hand. The Greek letters to the right (“ΑΛΕΞΑΝΔΡoΥ”) spell: Alexander. These coins normally bear – on the unseen observe side – the head of Heracles with a lion skin looking right. 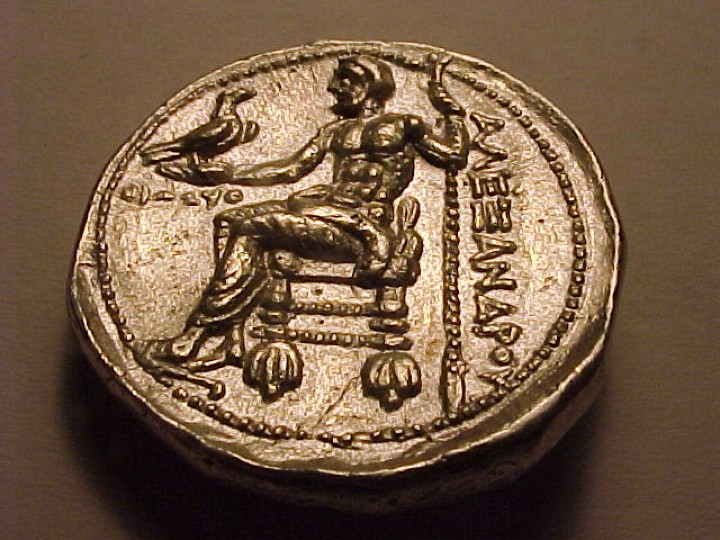 A collection of Roman coins excavated in Bethsaida is seen below. 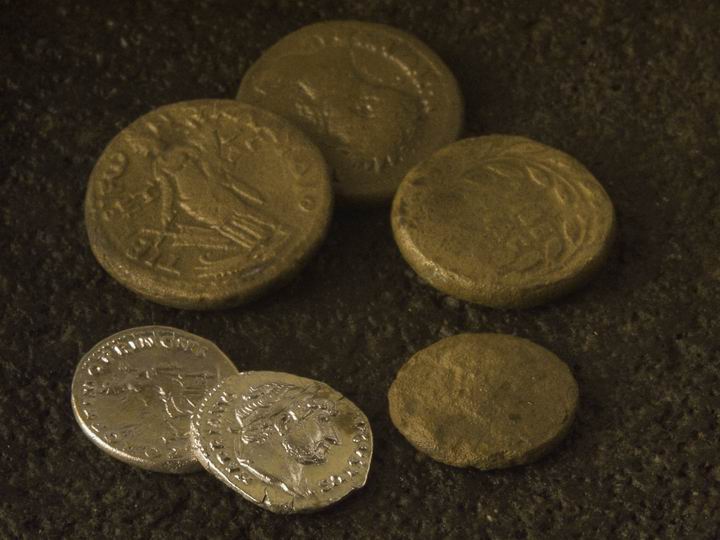 The next photo shows a silver coin of Marcus Julius Philippus (“Philip the Arab”), dated to 245 AD. The reverse (hidden) side shows the Roman eagle, a common icon on Roman coins.

Phillips was a Roman emperor in the years 244-249. He was born in Syria, 50KM to the east of Bethsaida. He rebuilt his home city naming it Philippolis, and constructed monumental temples and structures. He organized a grand festival celebration, honoring the Roman millennium (753 BC – 248 AD), with spectacular games and theatrical presentations which were held throughout Rome. In the Coliseum more than a thousand  Gladiators were killed and hundreds of exotic animals were slaughtered. These games did not calm the discontent in the army, and Philip was killed by the armies of Decius who succeeded him as emperor. 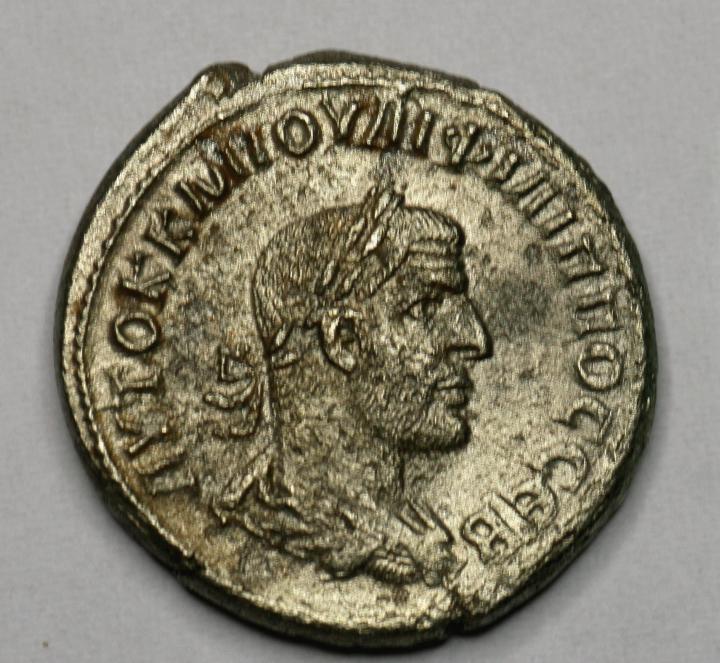 Marcia Otacilia Severa, the wife of Philip,  was daughter of a Roman Governor. A coin bearing her image was also found in the 2009 season.

Some traditions hold that Philip was the first Christian Roman emperor, based on reports that he entered a Christian service on Easter. Philip and Severa are also regarded as “the first Christian imperial couple” because they became tolerant towards the Christian faith and the persecutions of Christians had ceased during their reign.