In Acre and around it are several Holy sites for the Bahai faith, marking the sites were the founder BahaUllah lived his last 32 years and was buried.

The Bahai faith was founded in the 19th century in Persia by Baha-Ullah (BahaUllah), and the last years of his life he was exiled to Acre. There are several Bahai Holy sites in the old city and the lands around it, where BahaUllah lived his last 32 years and where he is buried.

The following aerial view shows the location of some of the Bahai sites in Acre (also called Akko, Akka). 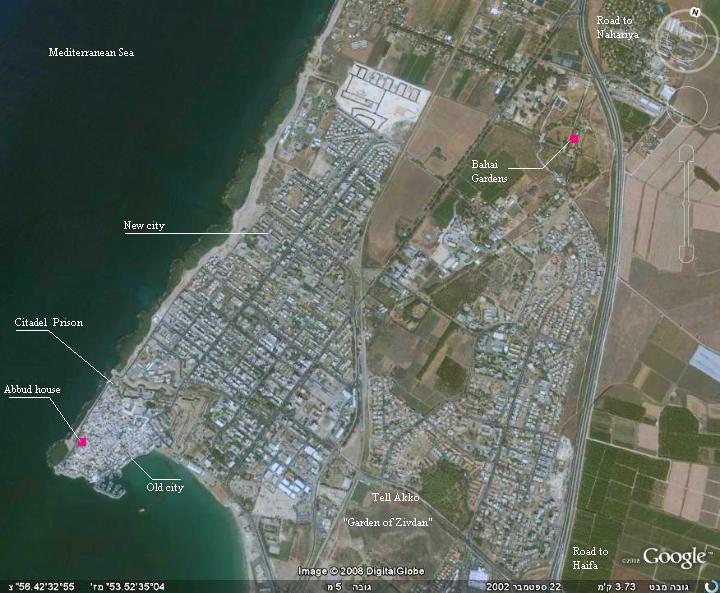 Mirza Husayn Ali Nuri (1817-1892) founded the Bahai faith in the 19th C, and later was called BahaUllah.  He was the follower of the Bab, who at the age of 25 declared himself as the Mahdi (the Islam messiah), and as a result was executed by the Turks in 1850. As a retaliation for this execution, BahaUllah and fellow followers attempted to assassinate the Persian Shah (1852). After the failed attempt, he was imprisoned for 4 months in Teheran, where he witnessed mystical experiences.

BahaUllah was later banished to Baghdad (1853).  He moved to Kurdistan (1854-5) and returned back to Baghdad (1856-1863). In 1863 the Ottomans decided to  exile him to Constantinople, their capital. He first stayed in the Garden of Ridvan near Baghdad for twelve days, where he proclaimed himself God’s messenger. Then, he traveled to Constantinople, where he stayed for some time (4 months). BahaUllah then relocated to Edirne/Andianople (1863-1867). His banishment ended finally in Acre (1867-1892).

In Acre he was imprisoned in a cell in the north-western side of the Citadel. After 6 years (1873),  he was allowed to stay in a house on the western side of Acre, and stayed there for four years (1873-1877). The Abbud house was recently restored and painted white, with its windows and panels painted in turquoise.

Later, the Bahai followers purchased what is called today the Bahji mansion, in the north-east of Acre. This was a summer house which belonged to a wealthy merchant from Acre,  the previous owner of the Abbud house. This is where he lived until the rest of his life  (1879-1892).

The Bahai also purchased a large area south of Tell Akko where the “garden of Ridvan” was reconstructed for him, commemorating the garden in Baghdad.

BahaUllah died in 1892 and is buried in the mansion. His shrine and the grand garden around it is a sacred site of the Bahai faith, a place of pilgrimage.

The Bahai followers purchased land in Haifa, and established their worldwide center there. They constructed magnificent buildings and gardens, such as the Golden Shrine and Gardens.

The Abbud house in the western side of the old city was restored. It is closed to the public, but it is recommended to pass near the house to admire the restoration.

The cell in the citadel was restored in 2003/4 and open to pilgrims.

The BahaUllah’s mansion and shrine,  north-east of Acre, is today a beautiful garden, designed in the Persian style. It is open to the public during limited visiting hours.

The Abbud house is located on the south-west side of the old city of Acre, seen in the photo below. It is situated on the corner of Hahagaana St – the main western road – and Zalman Hazoref road. 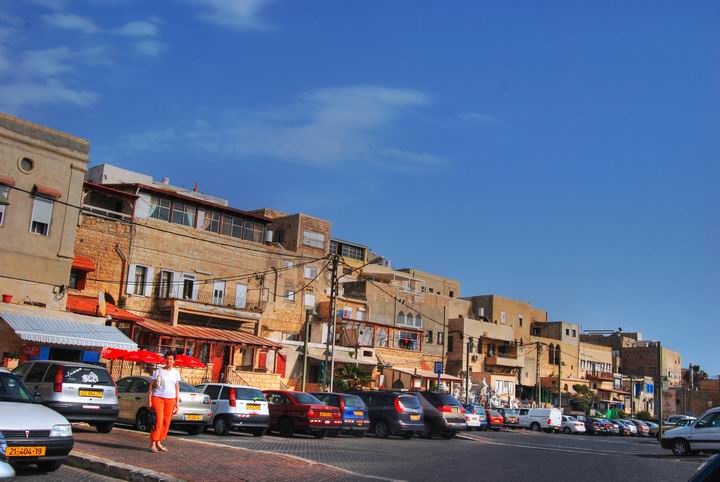 The house is located near the large public parking place, and stands out from the rest of the houses lined along the main road. Its striking white walls and turquoise-painted windows make it an architecture landmark in Acre. 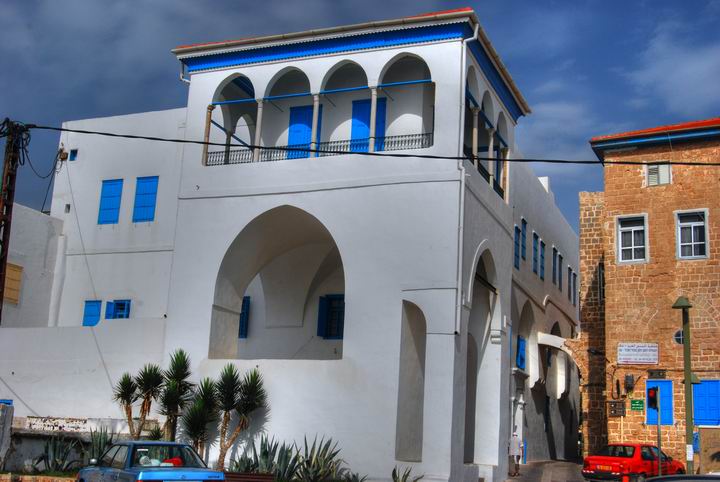 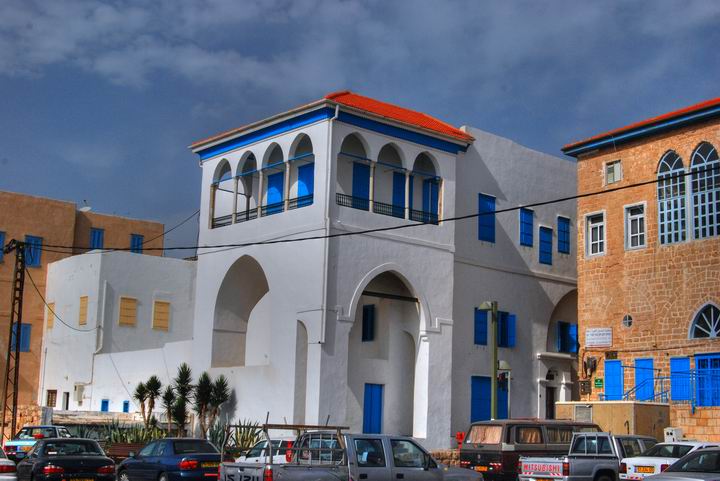 The photo below shows the alley on the south side of the house, on the way to St. George. 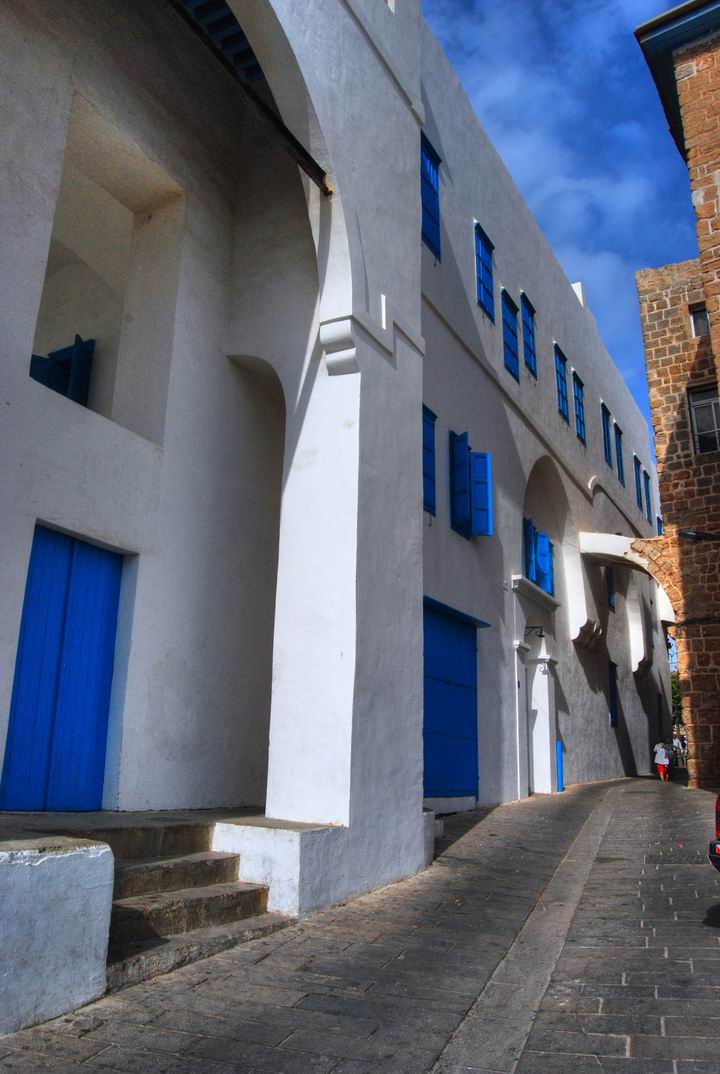 Another view of the alley on the way to the sea. 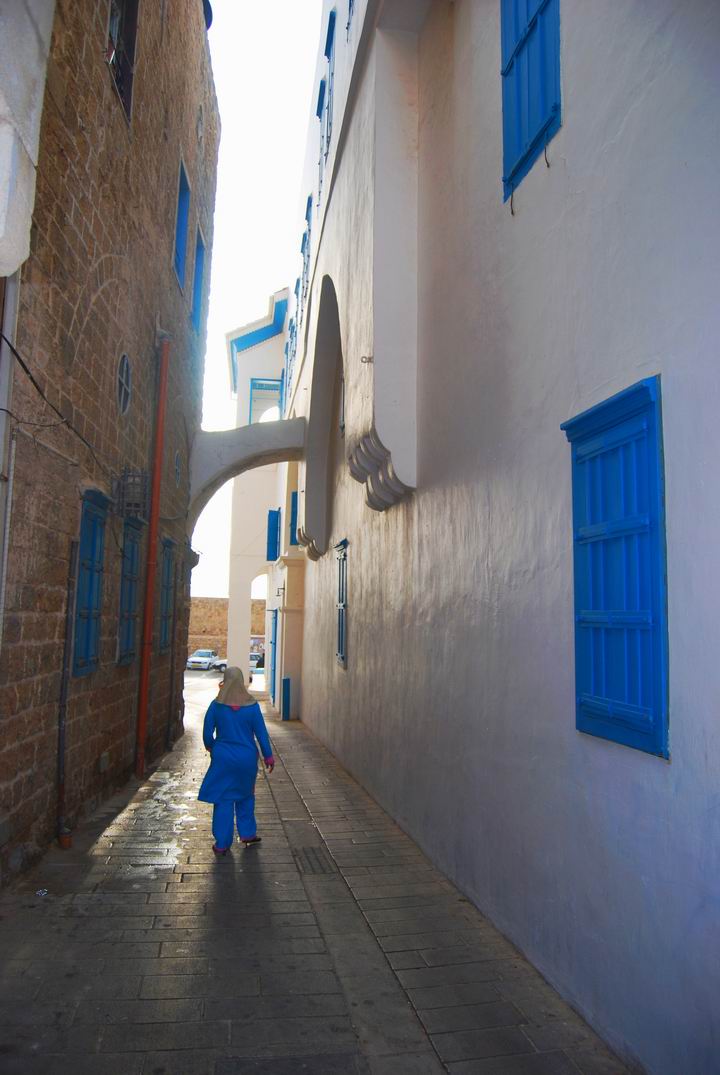 (b) Bahji  mansion –  Gardens and shrine

The Bahji mansion, north-east of Acre,  was a summer house which belonged to a wealthy merchant from Acre and was purchased by the Bahai faith. In this mansion BahaUllah lived until the rest of his life  (1879-1892), and his tomb is located here in a house behind the mansion, amidst a beautiful garden, as seen in the photo below.

The following Aerial photos were captured by Y. Mizrcahi – we thank him for his contribution of these remarkable photos. 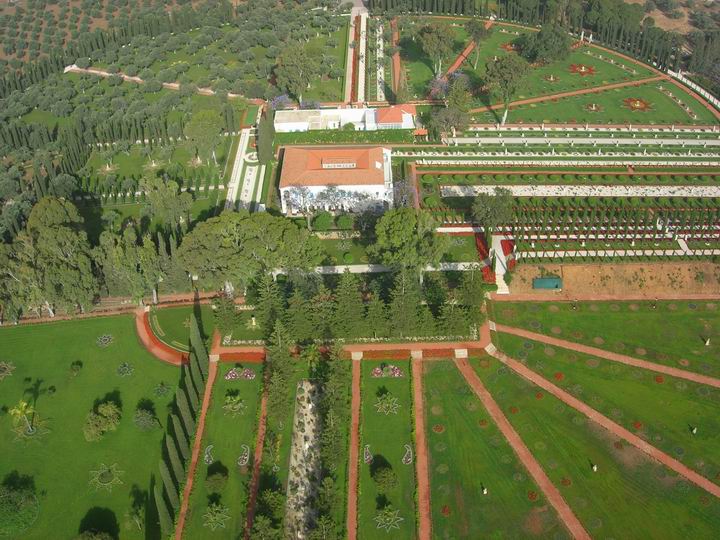 Another view of the mansion – the large building in the center of the garden – and BahaUllah’s shrine behind it. The Bahji estate is the most Holy place for the Bahai faith. 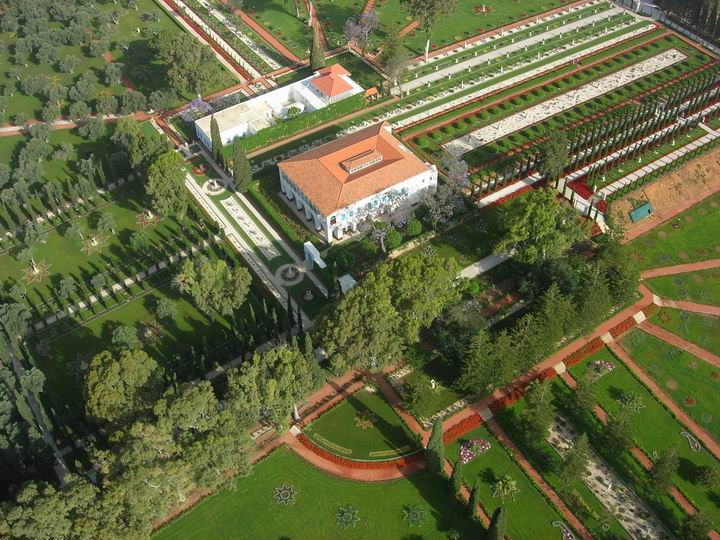 Another look at the mansion and the surrounding gardens. What a view! 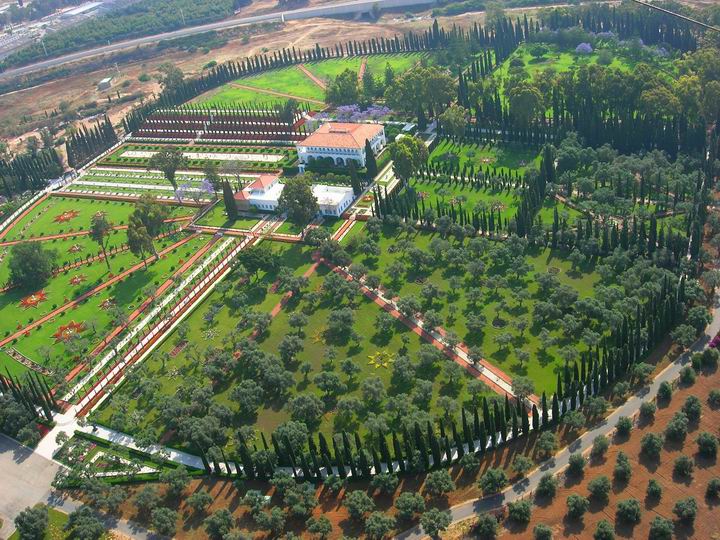 In the photo below, the mansion is seen on the right side. 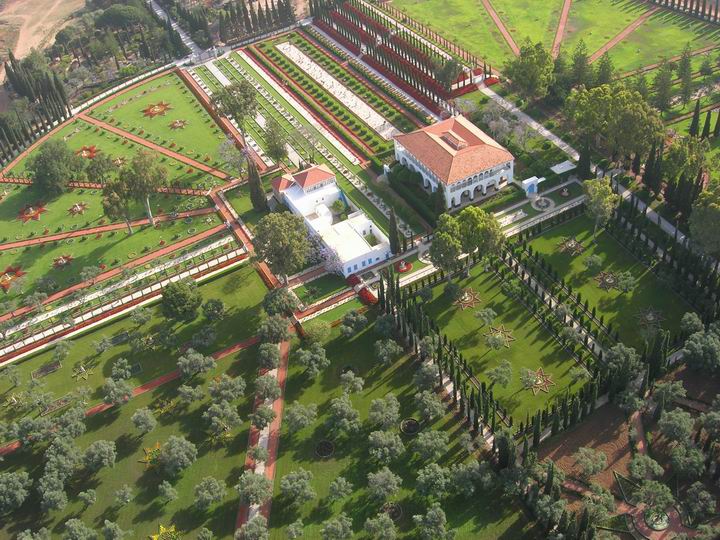 The front gate is located on its bottom-right, and is seen in greater detail: 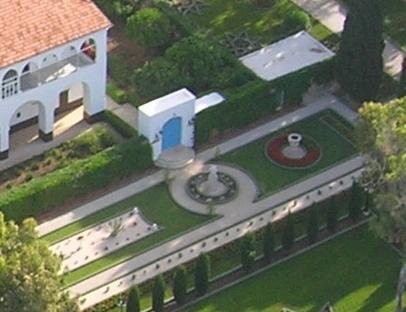 In this amazing Persian style garden, there are many paths and various geometric forms seen in the landscape. One of these forms are ornamental flower urns. 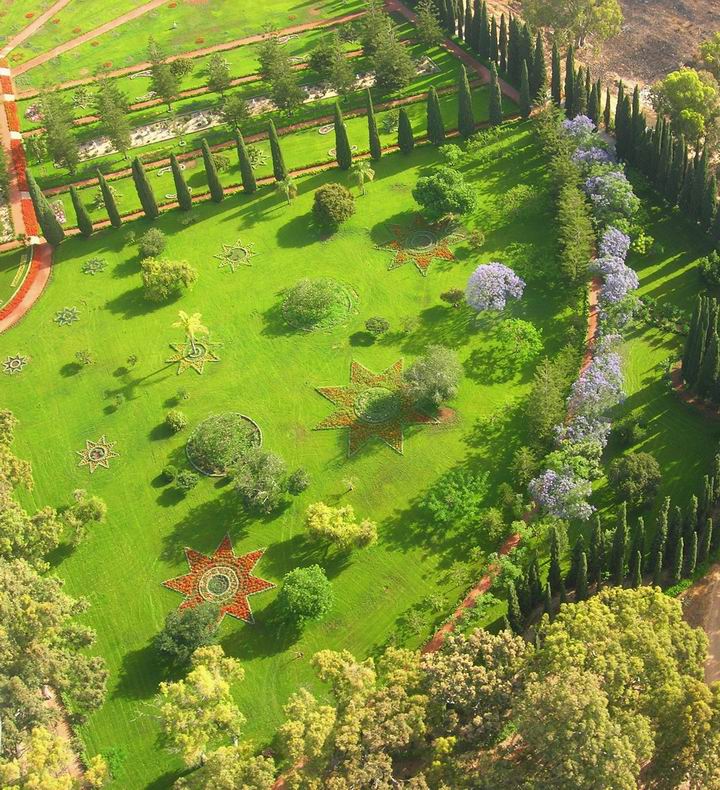