Large Biblical cities constructed impressive underground water systems in order to ensure the water supply during siege and ease the access to water.

This page reviews the underground water systems constructed on the Biblical Tels.

A huge system to supply fresh water is located in the south west side of the upper city. This system was built in the 9th century BC, during the time of King Ahab.   The builders dug into the ground, going through earlier Iron age levels, and supporting the dig with large walls. They dug down 46M deep in a square vertical shaft – until reaching bedrock.  There are a total of 123 wide steps that enabled access to the water at the bottom. 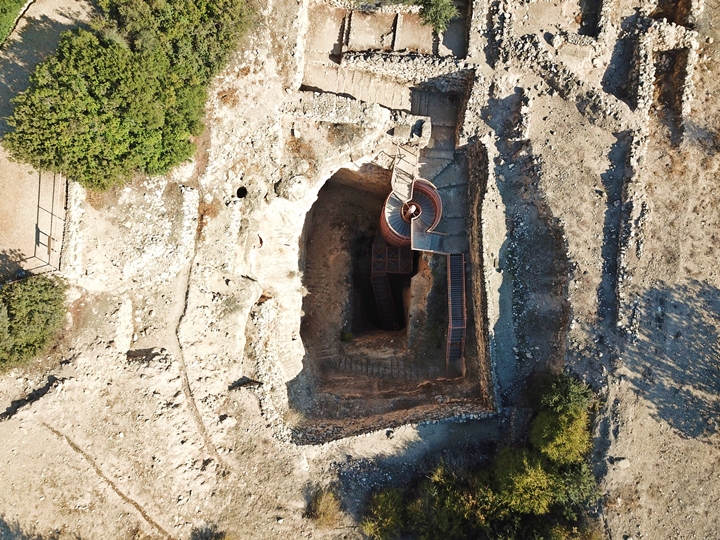 At the edge of the shaft is a tunnel that was cut into the rock, and leads to the water pool. 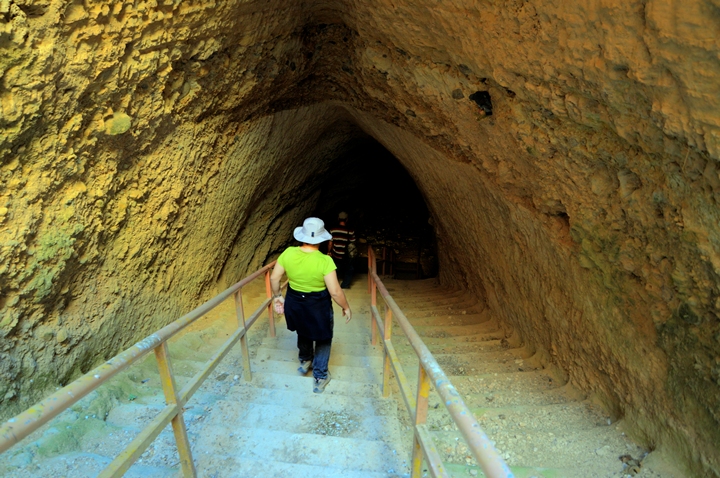 One of the highlights of the city is its underground waterworks, located on the west side, which was built in the 10th century BC. A large pit with 183 stairs led down 36M, and a 70M tunnel led to the spring under the bedrock.   The spring was the source of water of the city and allowed it to survive long sieges. This system overcame a problem where the spring was initially located outside the walls, and the secret passage enabled the defenders to tap into fresh water without the knowledge of the enemy.  During peaceful times the spring was also accessed from outside the walls, but during siege this entrance was blocked and camouflaged. 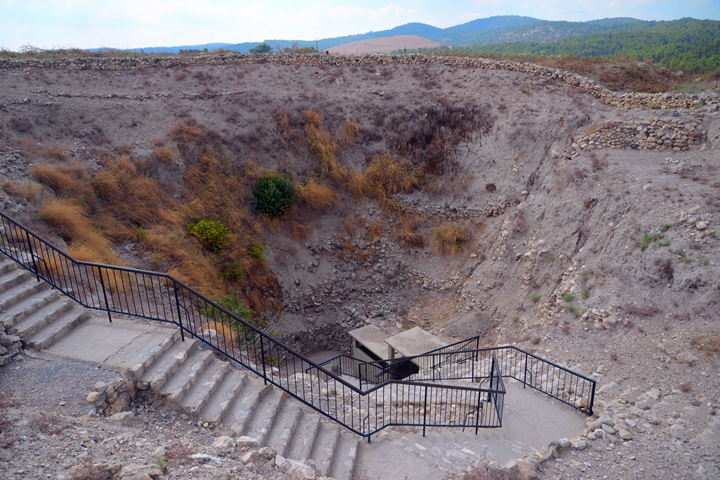 The staircase first leads down into the vertical shaft.   Afterwards,  another staircase leads down to the lowest level.   Then, a 70m long horizontal tunnel leads to the spring – the source of the water. 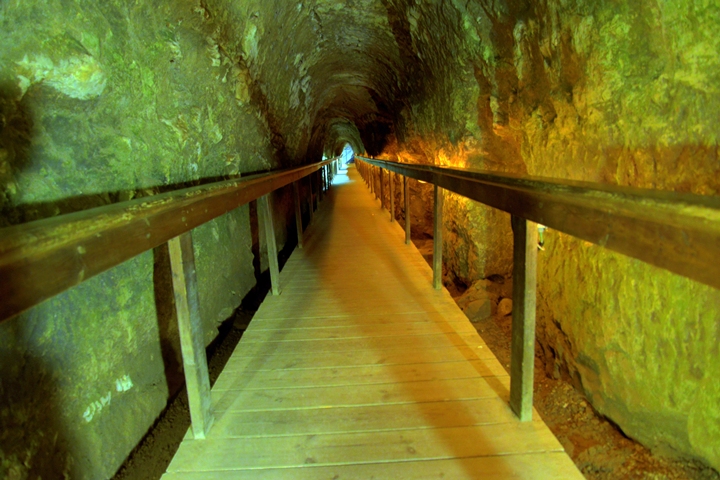 A deep (44m!) well is located on the north east corner of the mound. The location of the well is the closest from the top of the mound to the riverbed at the middle of the valley, where the ground water can be extracted.

This well was the main water supply of the city, the source of life in ancient Lachish.

Several steps lead down to the side of the well, just a few meters below the city wall. 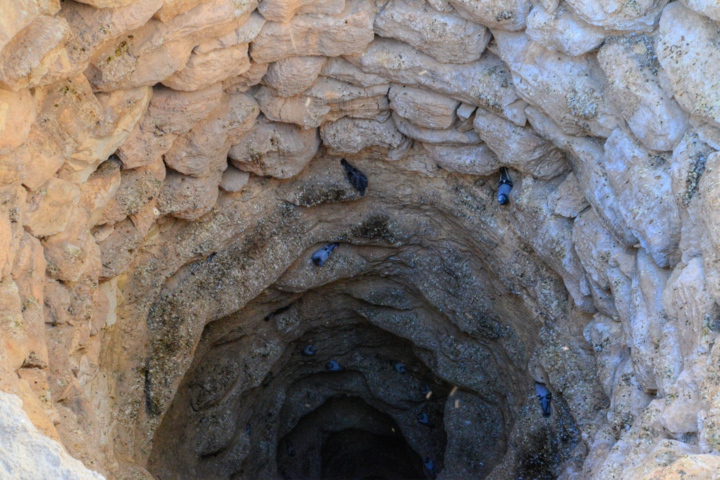 North of the city wall and Canaanite gate is a water system, which was a critical element to the defense of the city during siege, and simplified the water supply to the large city.

During ancient times the access to the water system was thru a hewn passage, based on a shaft that lead down to a slopped tunnel. 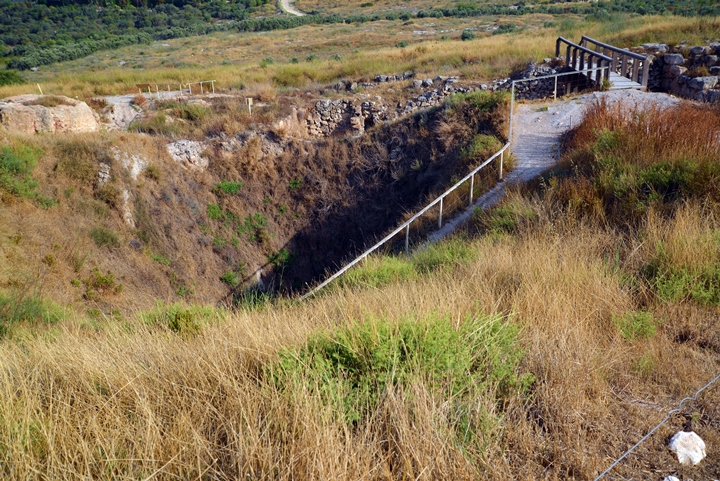 The rock hewn shaft leads down to the entrance of the slopped tunnel, which is seen in the photo below. The 70m-long tunnel leads down to a depth of 40m below the surface, which was the level of the ground water. At the end of the slopped tunnel was a cavern and a basin, where the water was stored.  The residents of the city used the shaft and tunnel to fetch water during peace and war times. 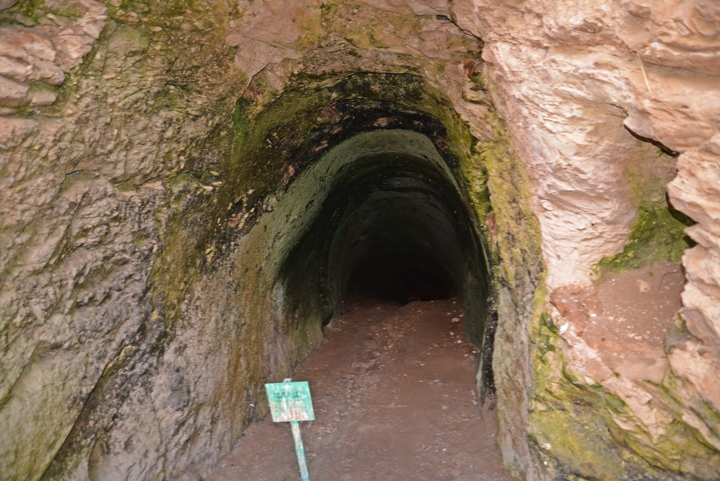 The Gihon was the main source of water in Jerusalem during the Canaanite and Israelite Kingdom periods. Around the spring are tunnels, fortifications and pools that were constructed to better utilize and protect the water supply.

A secret tunnel was used by the residents of the Canaanite city to descend from the city level (altitude of 667m) to the level of the spring (635m), in order to fetch the water. Along the walls of the tunnel are niches, where the oil lamps or candles were placed in order to provide  light. 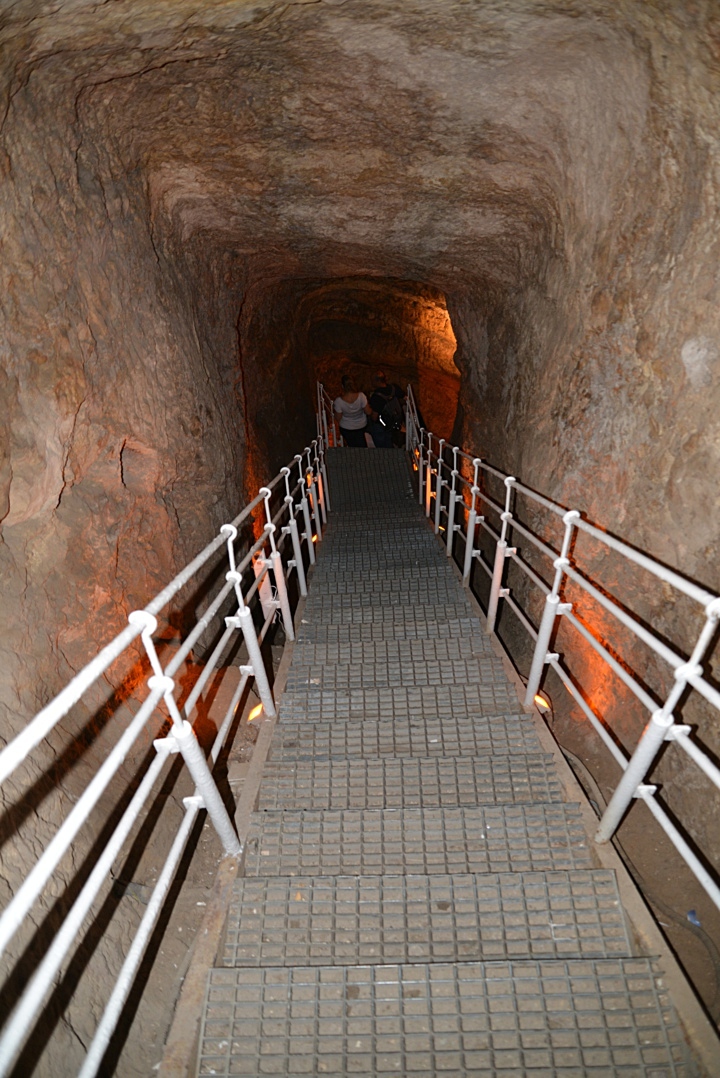 The underground water system is located on the northeast corner of the city. Its purpose was to store flood water  from the Hebron stream, and surplus rainfall from the city, for the times of a siege.

Since the level of the reservoir is lower than the valley, the engineers dug a shaft and staircase to descend to the water level. 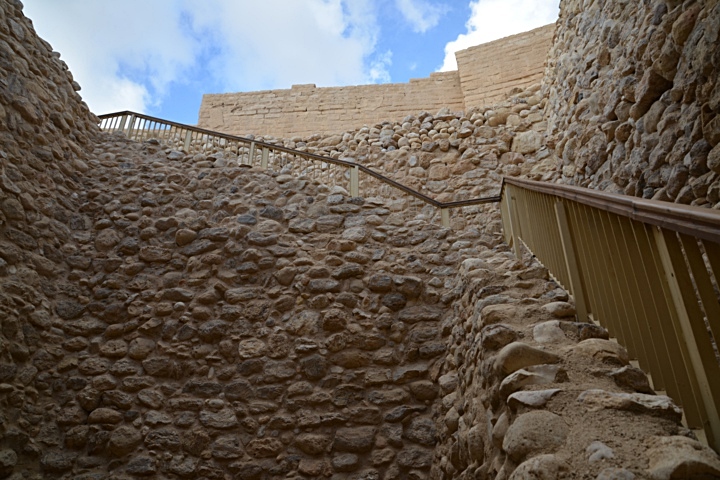 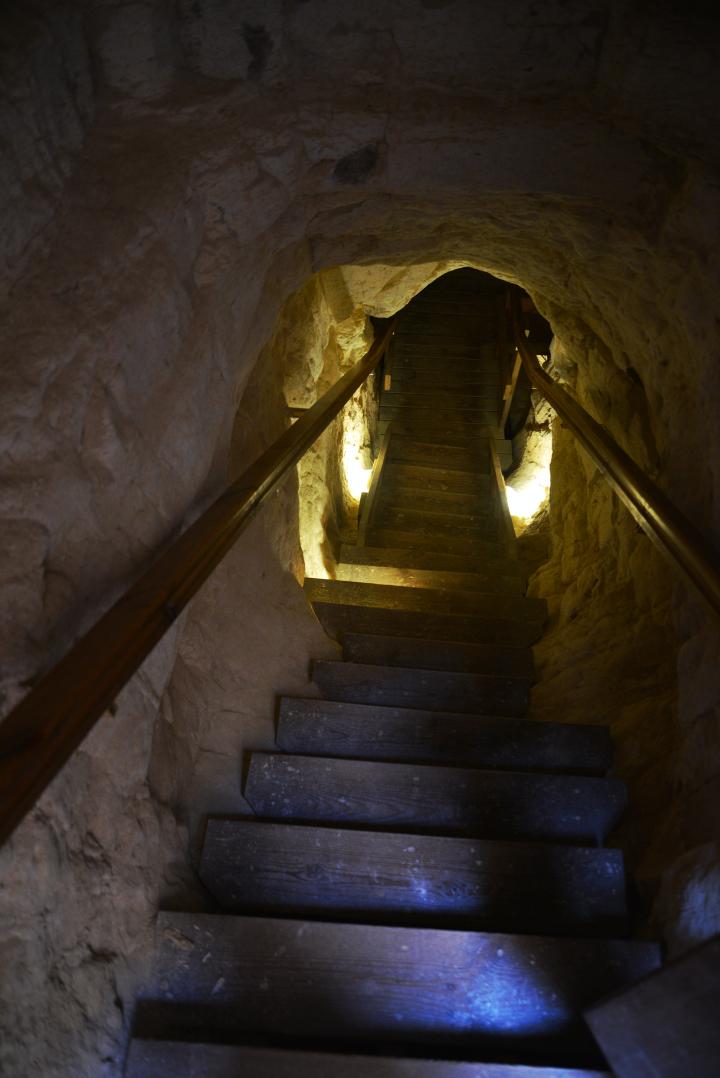 * BibleWalks.com – walking thru the Biblical landscape