Nahal Hever is a desert brook that flows to the Dead sea. On the face of the cliffs above the brook are two caves (caves of “letters” and “horror”) which were hiding places for the Jewish rebels during the Bar-Kochba revolt against the Romans.

Nahal Hever is a desert river that flows to the Dead sea between Ein Gedi and Masada. On the face of the cliffs above the brook are two caves (cave of letters and cave of horror) which were used as hiding place for the Jewish rebels during the Bar-Kochba revolt against the Romans. Roman siege camps were constructed on the top of the cliffs above each of the caves.

Nahal Hever flows into the Dead sea, south of Ein Gedi and north of Masada. An aerial map of the Nahal Hever brook is shown below, indicating the major points on interest. 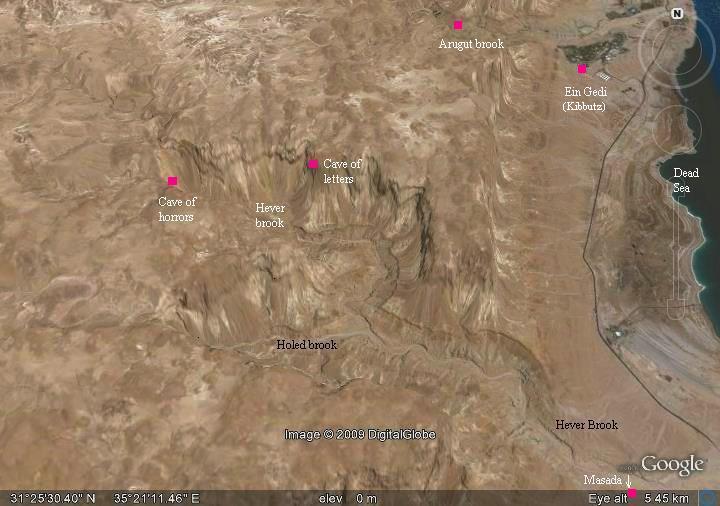 The excavations in the caves of Nahal Hever revealed that the caves were in use during that period. This indicated a dense settlement in the area.

During the Bar-Kochva revolt (Bar Kokhba 132-135AD) the Jewish rebels hid in the caves of Nahal Hever. The Romans erected siege camps and the rebels and their families died inside the caves.

All photos by Shay Shtickgold.

(a) Cave of Letters

In the northern cave, named as the “cave of letters” (Ma’arat Ha’Igrot) due to the large amount of scrolls and letters that were excavated in the caves. There are three openings to the cave, which merge inside into a 150M long cave. 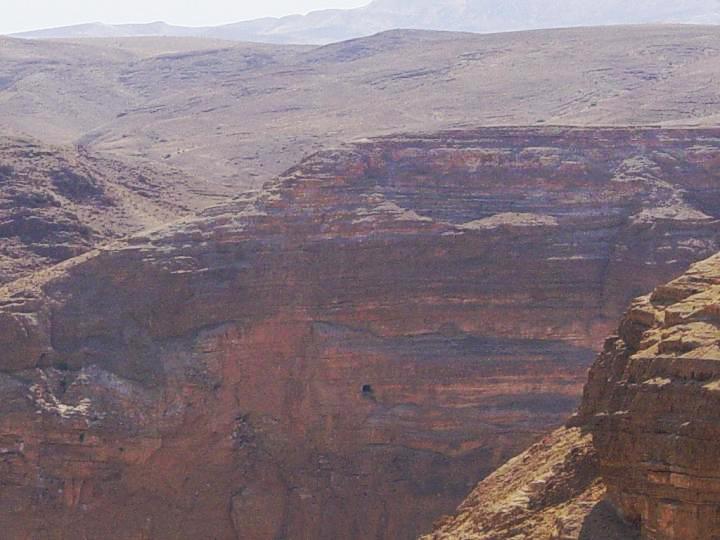 The view from the cliff above the cave of letters is seen below. 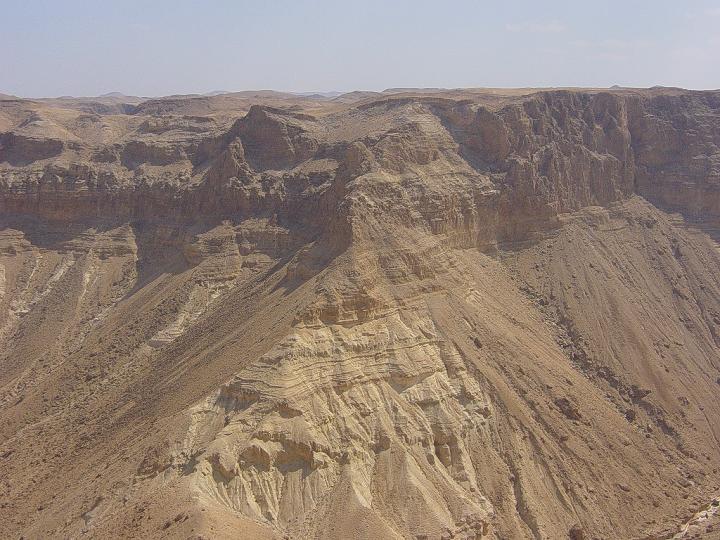 (b) Cave of Horror

A cave on the south cliff is called the “Cave of horror” (Ma’arat Ha’Eimim) due to the dozens of skulls and skeletons that were discovered in the cave, dating to the Bar-Kochba revolt (2nd century AD). The bones were of the warrior men, their wives and children, who died here during the siege.

The cave was found in a survey in 1953 using a 100M long ladder rope, and in 1960-1961 the cave was systematically explored. In 2021 the IAA announced that renewed excavations revealed fragments of Biblical scrolls (of the books of Zecharia and Nahum) and Bar Kokhba coins.

On the top of the hill, above the cave of horrors,  is a monument honoring the memory of the warriors and their families who died in the caves during the Bar Kochba revolt. Unfortunately, it was vandalized, as seen in the photo below (taken in 2005). 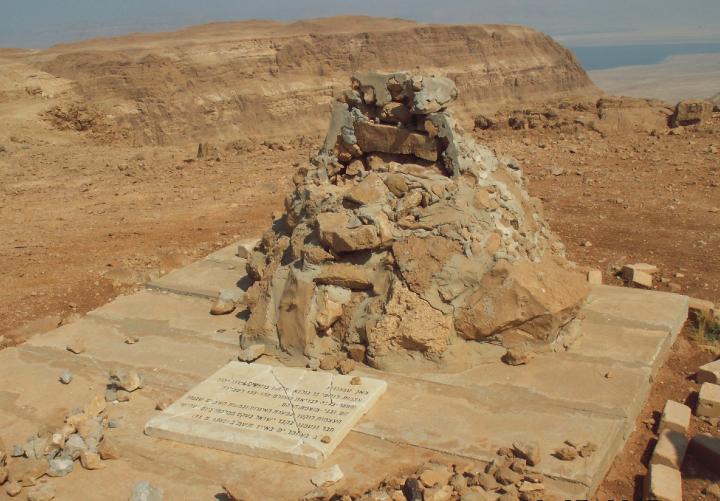 The smashed monument reads: “Here lay the bones of the warriors of Bar-Kochba who fought the Romans in Judea desert during 132-135AD, them and their families. The bones were collected in the caves of letters and the caves of horror and buried in a ceremony on May 11, 1982.”. Note that the vandalized monument was repaired in 2008. 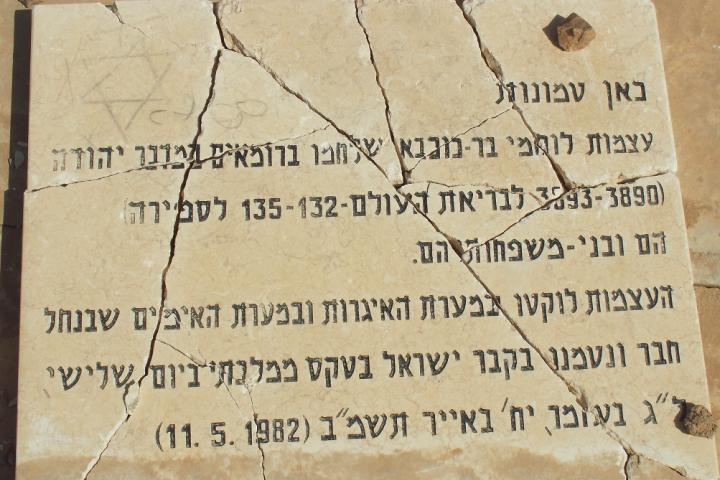 Remains of the small Roman camp is also located nearby, and was constructed in a form which resembles the Massada Roman siege camps – an area closed by a fence, with bases of rectangular structures and round bases for tents, traces of stoves and other camp elements.

BibleWalks.com – The Bible from the ground up