Joshua 15:10:  “And the border … passed along unto the side of mount Jearim, which is Chesalon…“.

To reach the site, drive on road #395 and turn to the north on the sharp curve of the road. A small picnic area is located here, part of the Forest of Martyrs (Ya’ar Ha’kdoshim) KKL park. 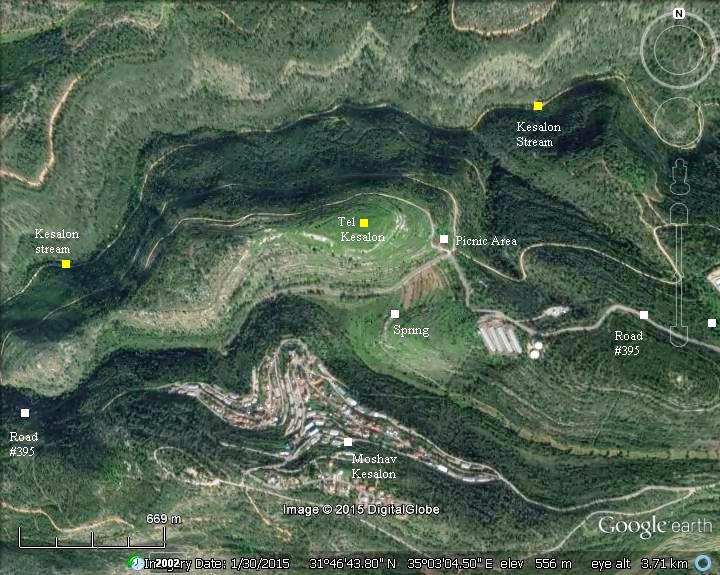 The tribe of Judah receives the Canaanite city (Joshua 15:10):  “And the border compassed from Baalah westward unto mount Seir, and passed along unto the side of mount Jearim, which is Chesalon, on the north side, and went down to Bethshemesh, and passed on to Timnah”. 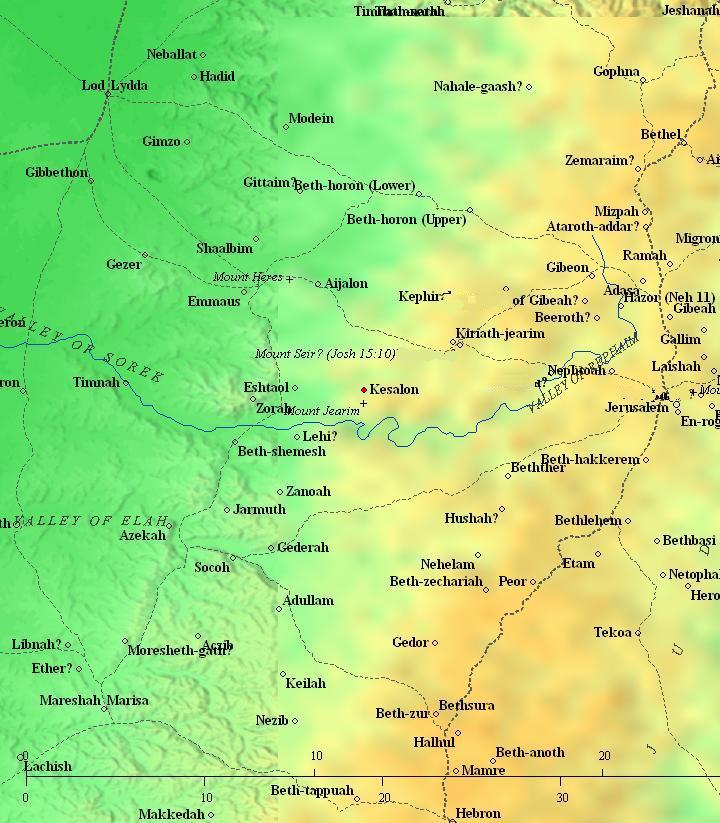 Map of area around Kesalon   – during Bronze, Iron age and Roman periods  (based on Bible Mapper 3.0)

According to D. Dorsey (“Roads and Highways of ancient Israel”, p. 187), road J5 from Jerusalem thru Beth Shemesh to the port city Yavne-Yam passed thru Nahal Kesalon (Chesalon). This site was therefore the main fortified city along this path. It was also the path of the return of the ark from Beth-Shemesh to Kiryat Yearim on the way to Jerusalem.

Eusebius Pamphili (better known as Eusebius of Caesarea), a 4th Century Greek historian of the Church, wrote in his book “Onomasticon” about the site:  “Chesalon – Tribe of Benjamin on the border of Jerusalem. A (very) large village”.

Conder and Kitchener surveyed the area during the Survey of Western Palestine (SWP) in 1874.  Section of their  map of the area is here, with Kesla in the center, south of Wady el Hamar (“valley of the ass”). Around the site are many ancient ruins, as indicated by the prefix “kh.” (for Khirbet).  A Roman road is shown 4KM north of the site, which was one of the roads from the Shephelah (low lands) to Jerusalem. 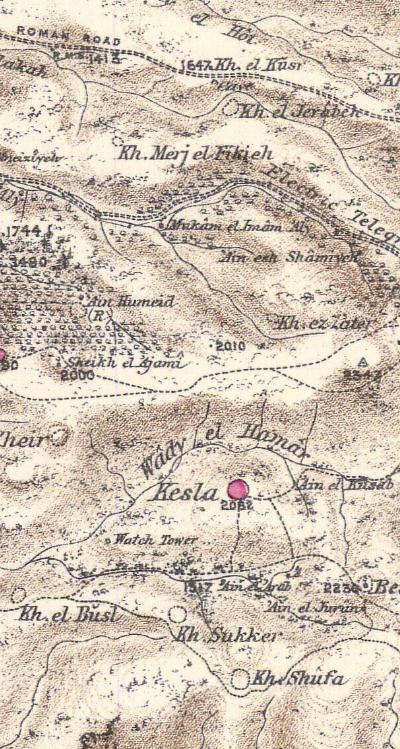 Part of map Sheet 17 of Survey of Western Palestine,

“Kesla –  A small stone village in a conspicuous position on the top of a rugged ridge, with a deep valley to the north. There is a spring to the east, and two more in a valley to the south. This is the site of Chesalon, on the boundary of Judah (Joshua xv. lo). The thickets which cover the ridge fully correspond with the old title of Jearim”.

A forest was planted around the site, named Ya’ar Hakdoshim (Martyr’s forest). It commemorates the victims of the Holocaust, and 6 Million trees are planned to be planted, as the number of Jews who perished. 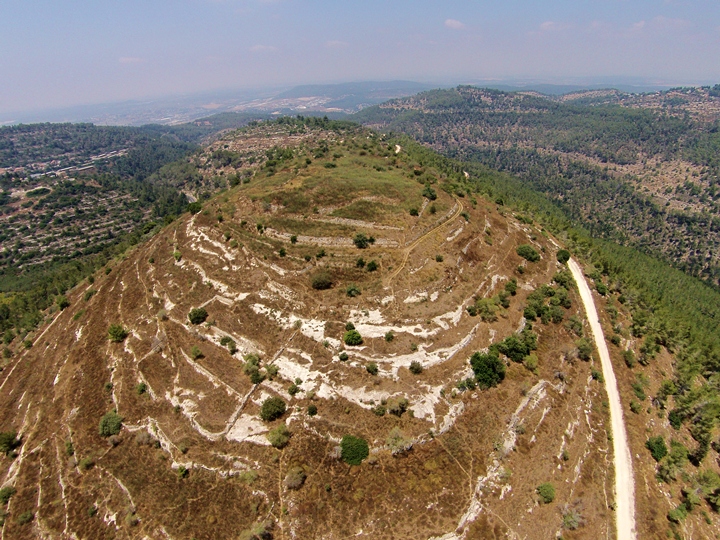 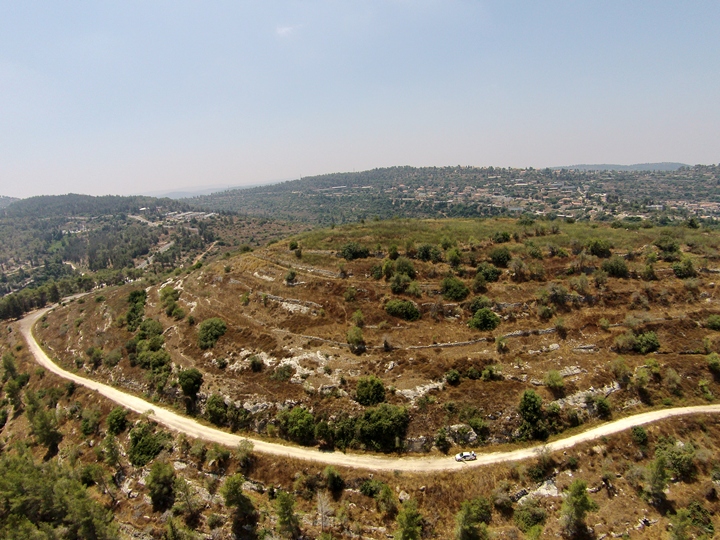 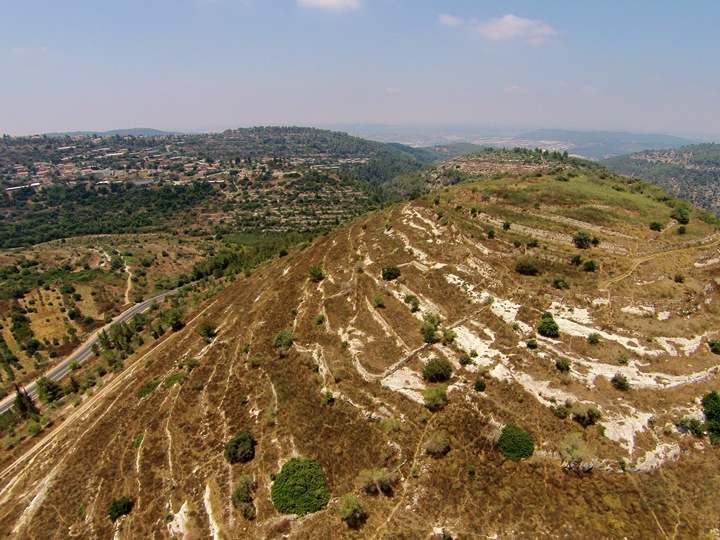 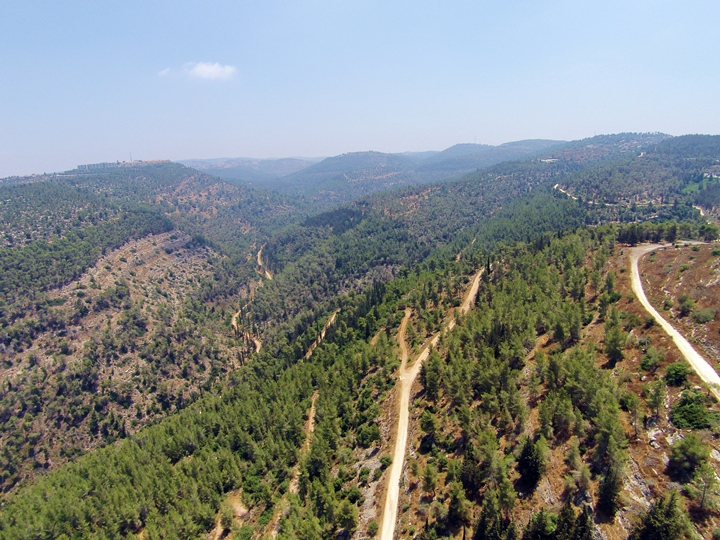 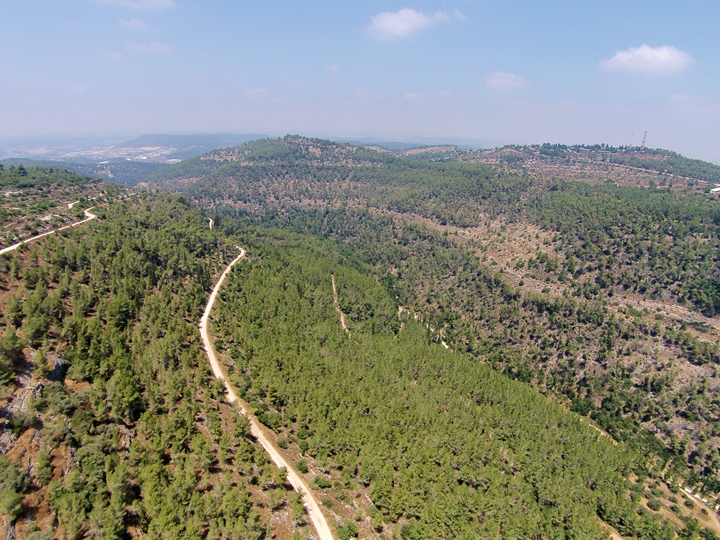 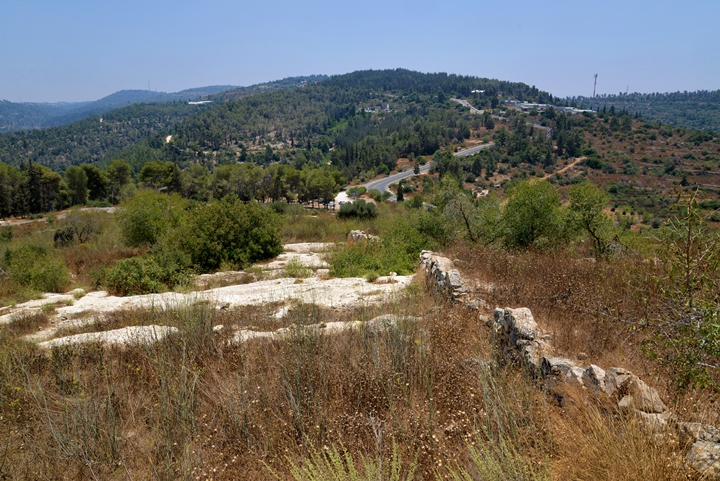 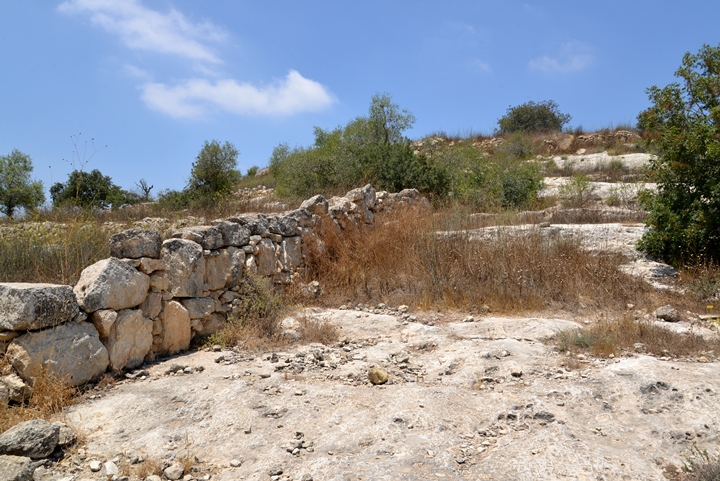 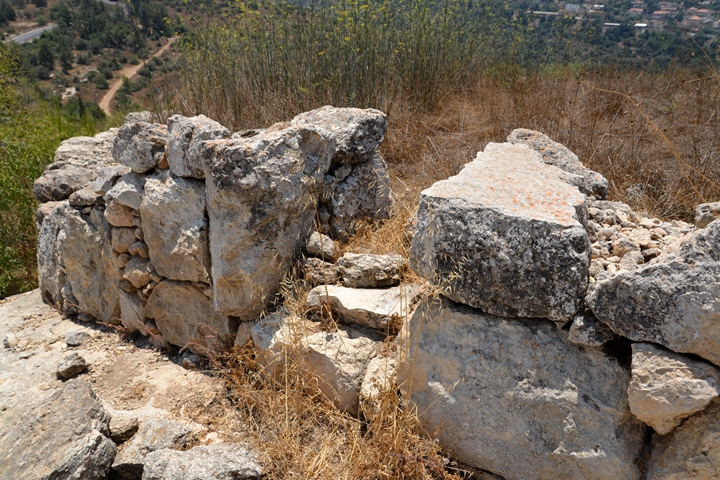 In many places there are cup marks hewn into the bedrock. Of course, this was not a golf course… These cup marks were probably used for crushing olives, as part of a small scale olive oil production. 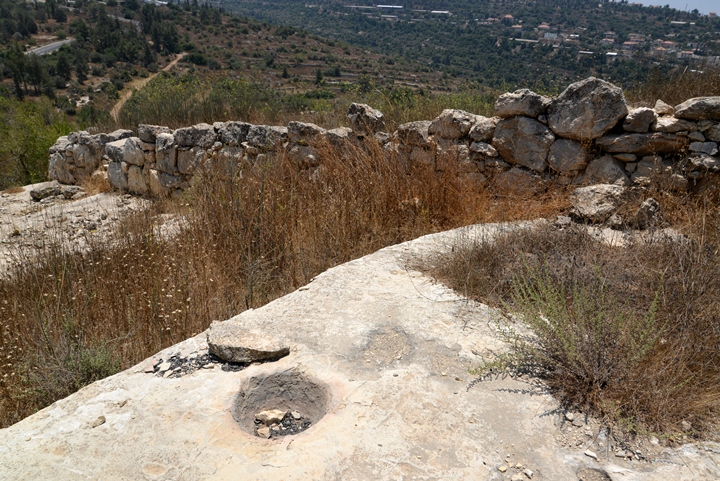 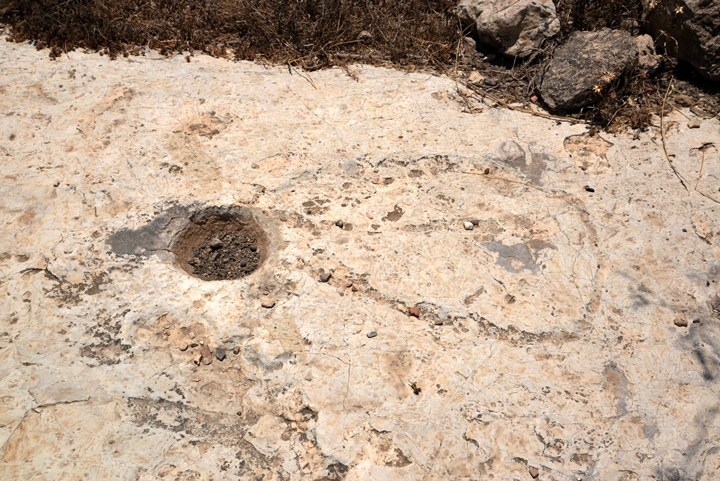 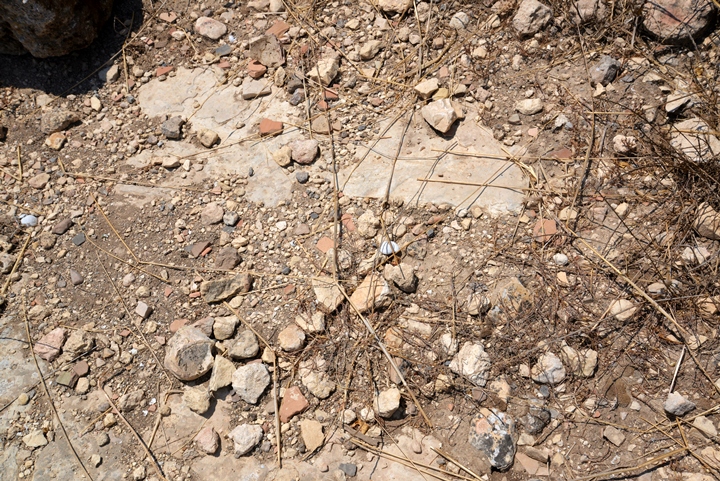 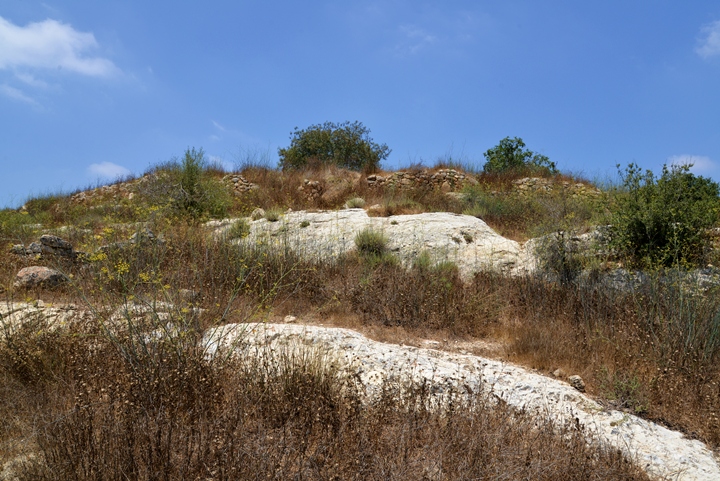 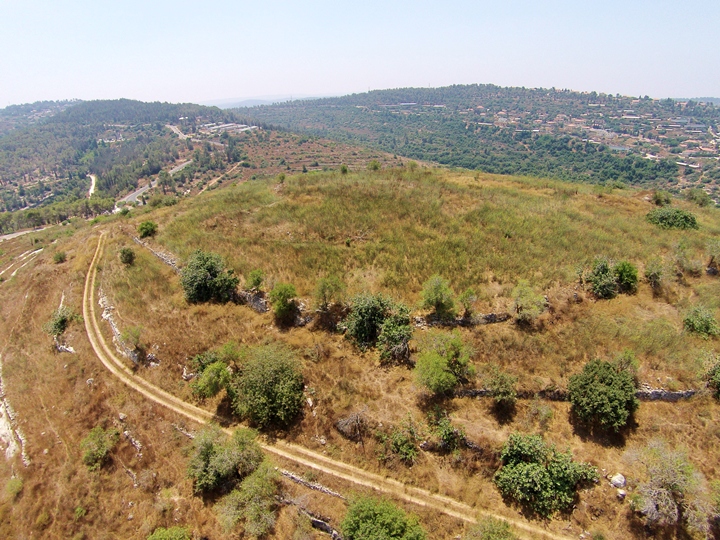 * Settlements around the site: