Ruins of a Byzantine monastery located on a high hill on the east side of Karmi’el.

Ruins of a Byzantine church located on a high hill on the east side of Karmi’el.  This was one of the churches in the vicinity of Khirbet Bata, a large fortified village. The name “Kenes” is based on the Arabic name Khirbet el-Kanayis – the “ruins of the churches”.

The site is located on a highest hill in Karmi’el (altitude 325M). It is located on the east side of the city, north of Kh. Bata. 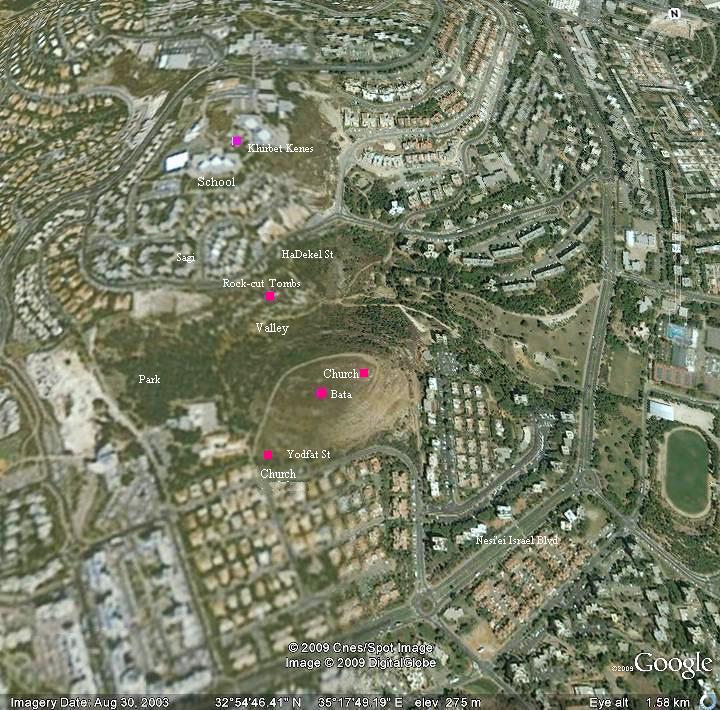 Khirbet Kenes was one of these monasteries, located to the north of Kh. Bata – a Byzantine fortified village with 2 churches. A large church (25 x 50M) was excavated here.

Most of the Byzantine sites were destroyed in the 7th century during the Persian or Arabic conquests, including this church.

The Byzantine church was excavated in 1993 by a team directed by Dr Mordechai (Motti) Aviam, who specializes in Byzantine sites in the Galilee.

In 1993 Leea Porat excavated two squares around the church, in order to determine if the church was part of a village or limited to a section of a monastery. She concluded in her final report that: “…it appears that the church was an isolated structure in the area.”.

The site is covered today in the school yard of Megadim high school. There were no funding available at that time to preserve the unique church, and it was covered. We hope that one day it will be reopened and displayed to the public.

Khirbet Kenes is seen in the following picture, which was photographed from the east side above the city of Karmiel. It is located on a hill which is on the center-right side (the brown hill). It  is located among the structures of the Megadim school.

On the left side of the photo, also a brown hill,  are the ruins of the fortified village of Kh. Bata.

Click on the photo to view  in higher resolution… 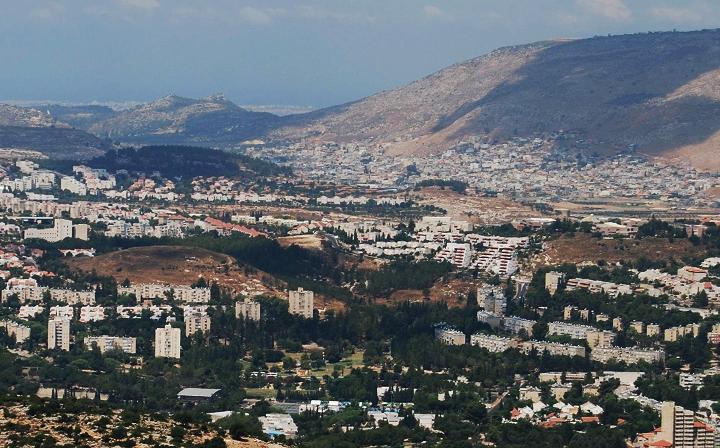 A view from Khirbet Bata towards Khirbet Kenes is seen below. A valley separates the two sites, and burial caves are cut into the rock on the hillside. Behind the residential houses is the Megadim high school where the covered church is located. 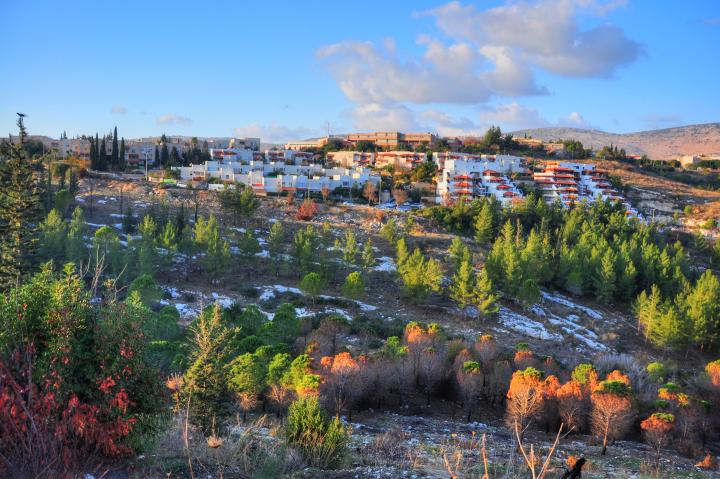 (b) The excavated Church

An aerial view of the church, during the 1993 excavations, is seen in the photo.  This is a  large (25 x 50m) Church which contained beautiful mosaics. The church was part of a Byzantine monastery. 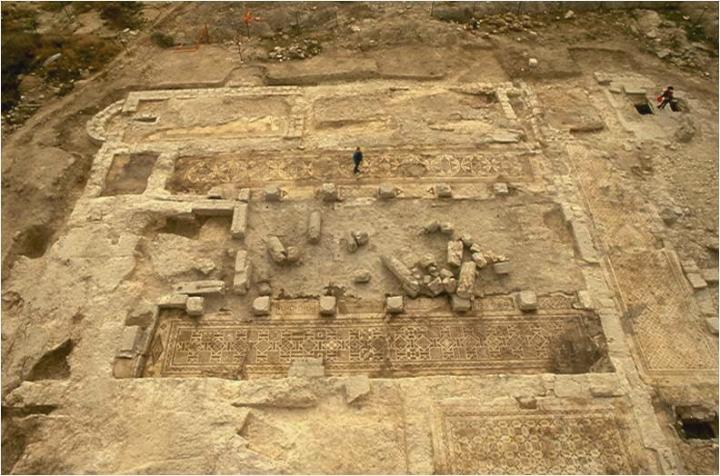 On the south side of Khirbet Kenes, on the hillside above the valley, are a series of rock-cut tombs. This is the necropolis of Khirbet Bata. 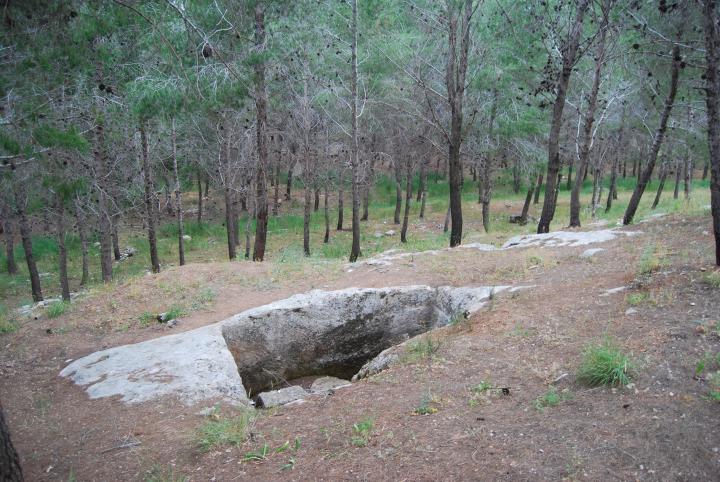 Another tomb is seen below. 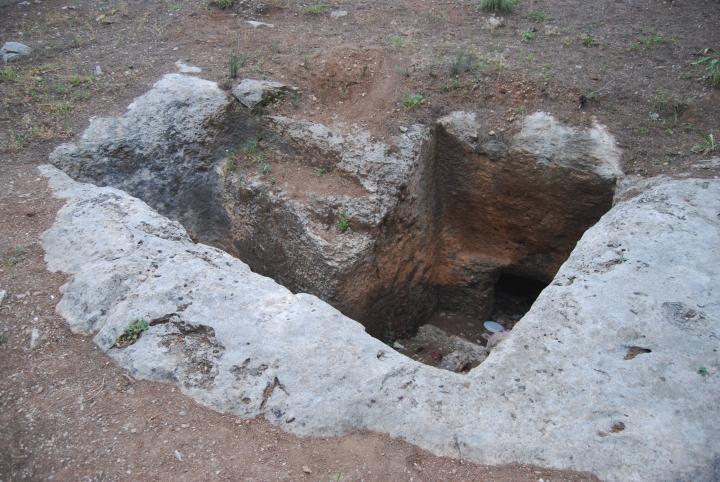 A small section of a stone quarry is also located nearby, as seen below. This may have been a rock cutting which was intended to prepare a new tomb, but was not completed. 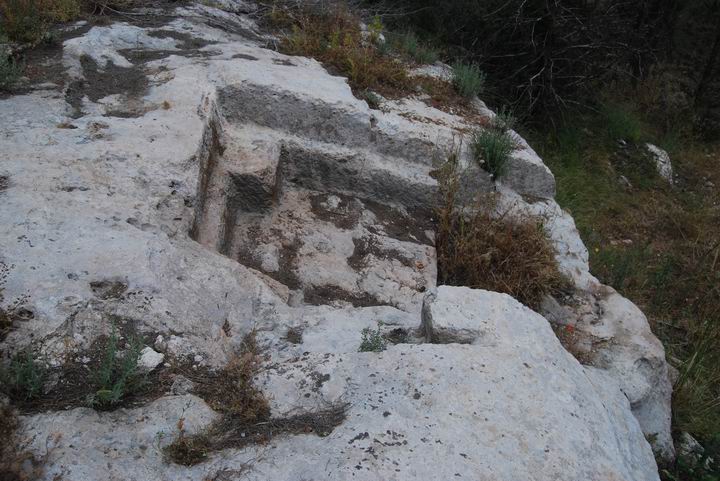 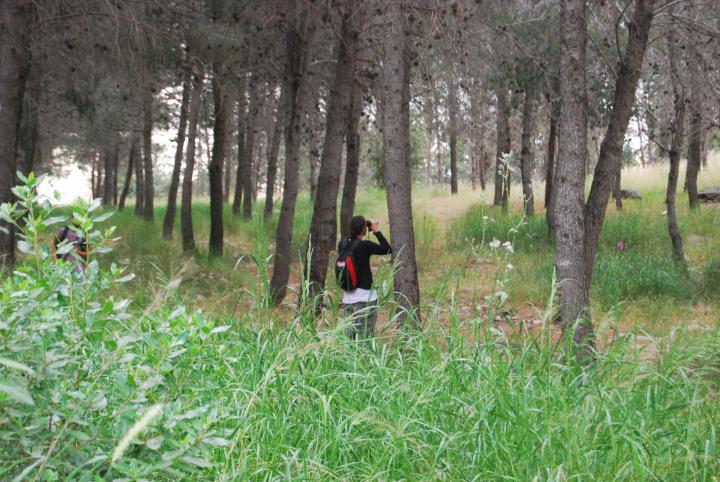 On the hill, near the cave, was a giant white flower – called toothpick (Ammi majus) – or in Hebrew: Ammita Gdola. 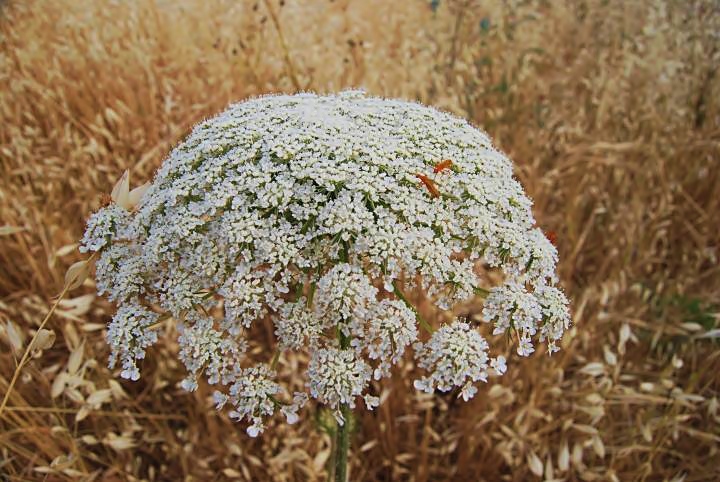 A closer view of the flower shows two bugs admiring the nectar. These beetles belong to the family Cantharidae (either Cantharis atrofoveolatus, rotundicollis or Rhagonycha). 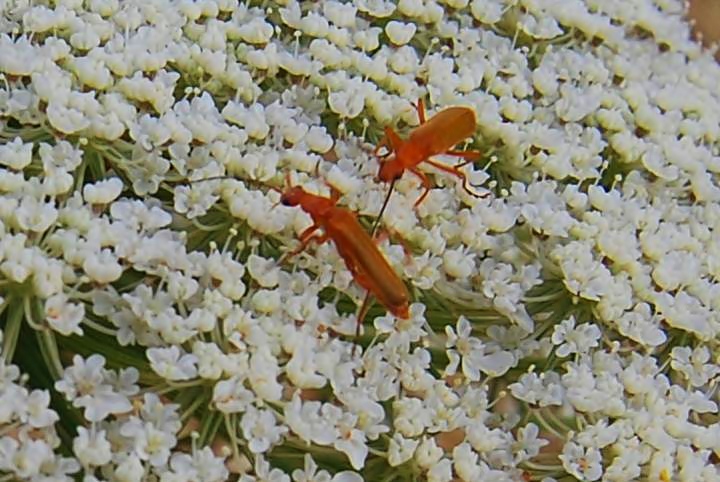