Ruins of a large Byzantine Church were unearthed in a valley south east of Ramat Beit Shemesh.

Ruins of a large Byzantine Church were unearthed in a valley south east of Ramat Beit Shemesh. The well preserved complex, a 1,500 year old structure, covers an area of 1.5 dunams.

The following aerial view shows the location of the excavation site, 150m south of Eliyahu Hanavi (Prophet Elijah) street in the new residential area of Ramat Beit Shemesh. This aerial view is old – the houses and the streets are mostly complete by now (Aug 2021).

The site is in a public area. Access to the site is just a short hike on a hill, starting from the turnaround on Eliyahu and Yehezkel streets. 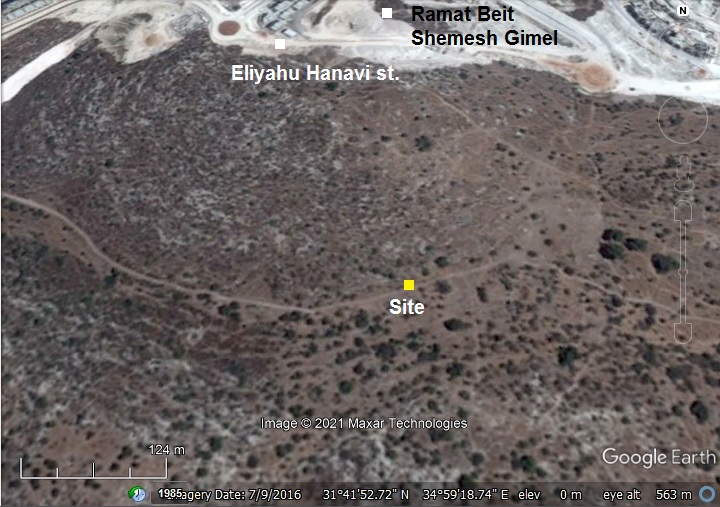 The complex was first constructed during the Byzantine emperor Justine I (518 to 527), then a chapel was added during the reign of his adopted son, Tiberius II Constantine (578-582).

The area around the site was examined in the Palestine Exploration Foundation (PEF) survey (1866-1877) by Wilson, Conder and Kitchener. A section of their map is shown below, with the site in the center marked by a yellow square. The Church was not exposed at that time. The site is located on the side of the road from the valley of Elah to Beit Nettif. 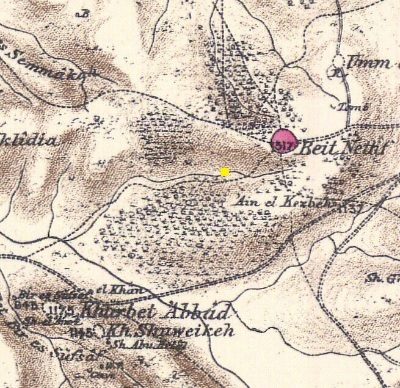 The drone captured this view towards the west. In the background are the new residential neighborhoods of Ramat Beit Shemesh Gimel.

The site is located in this valley. In ancient times the valley served as a route to the Roman village of Beit Nettif, located east of the site. In the far right background is the valley of Elah. 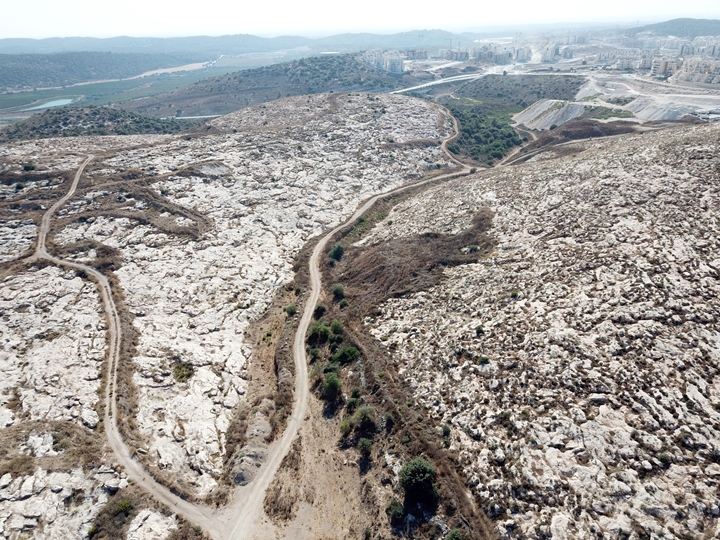 The complex is located in the middle of the valley, with some antiquities on the hills on both sides. This view is also towards the west. 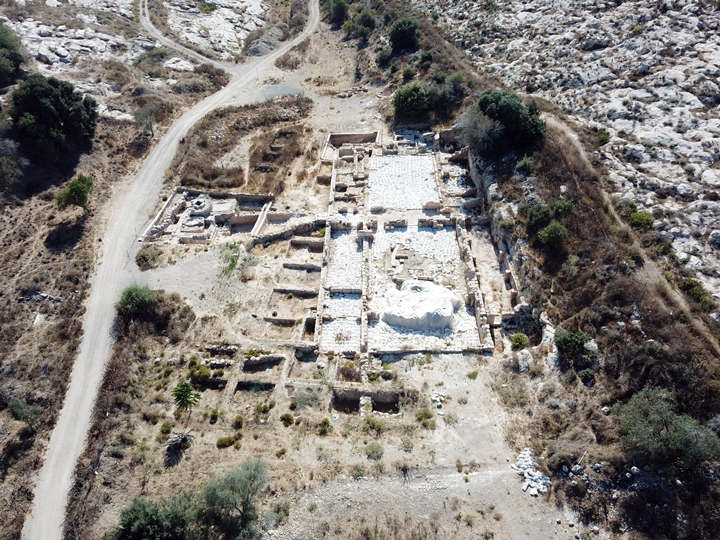 The church has a basilica design, with a central nave with two side halls. The sections were divided by two rows of columns. 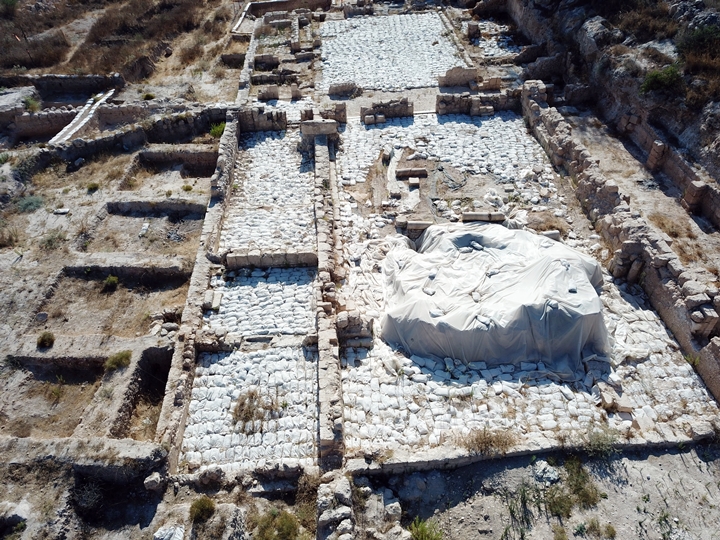 A large atrium (courtyard) was exposed in front of its entrance, where the visitors were greeted to the Church. The inscription of the “Glorius Martyr” was exposed on its mosaic floor. 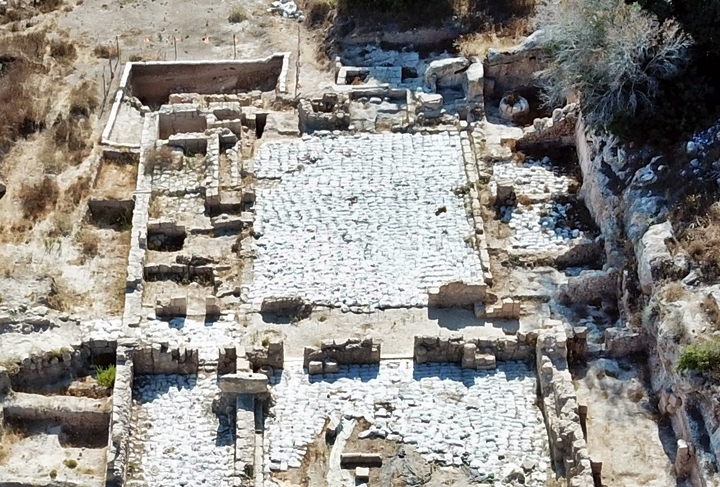 Its floors, now covered for protection, were decorated with magnificent mosaics, designed with leaves, birds, fruit, geometrical forms.  A large imperial Eagle was also illustrated on the mosaic, describing the donation by the Byzantine emperor Tiberius II Constantine.

The walls were painted with colorful frescoes.

A four-leaved crucifix stone baptismal was discovered at the site. 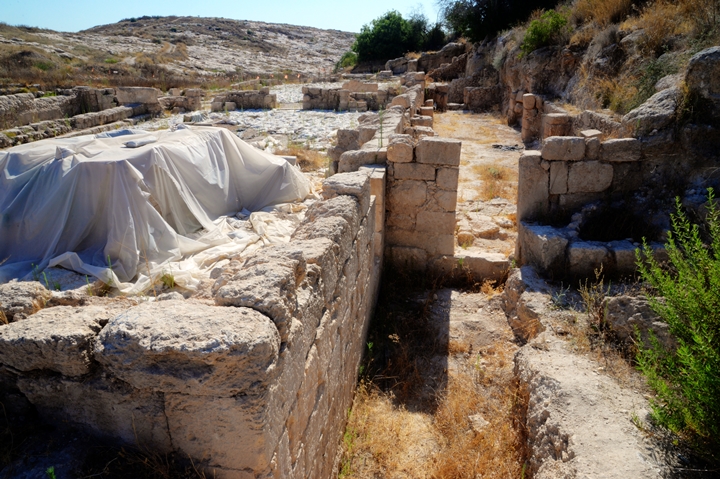 According to Greek inscription, the church was dedicated to a mysterious “Glorious Martyr”, whose relics were kept in a reliquary (container for relics) inside the crypt.

The underground grave, located under the altar, was accessed by a pair of staircases, leading down and up from and to the prayer hall. This allowed many pilgrims to visit the crypt at the same time. 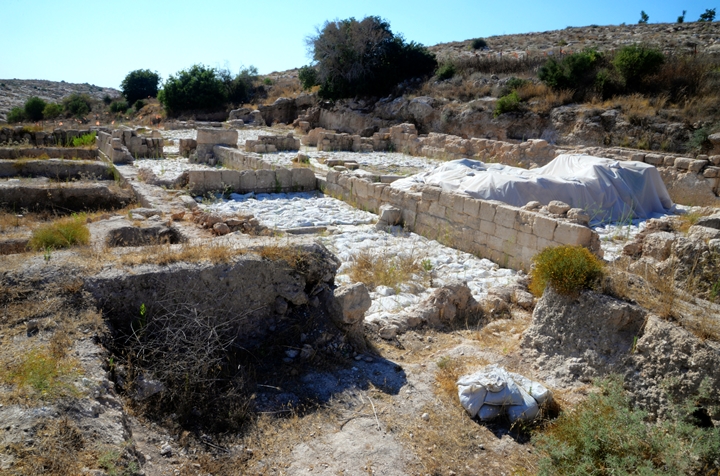 Hundreds of undamaged lamps were found in the crypt, that were used by the visitors. They were dated to the Abbasid caliphate period (9th century AD).

A well is located on the south west side of the complex. Its opening was visible on the surface prior to the excavations,  appearing on the maps as “Be’er Nativ”. 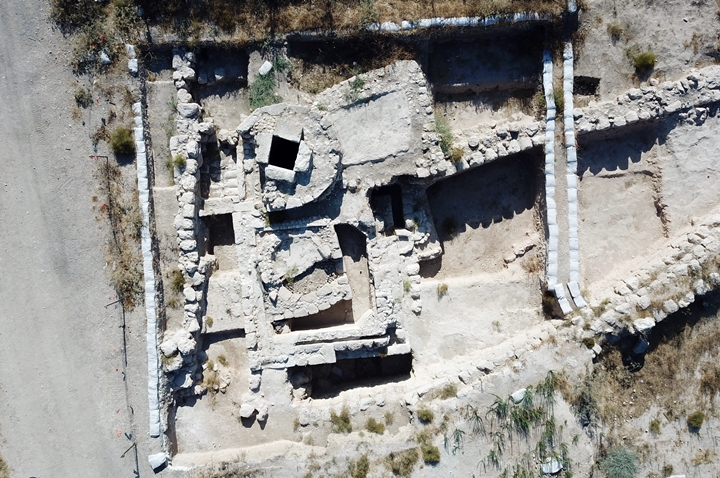 The well is also dated to the Byzantine period, and was incorporated into the monastery’s complex.

A ground view of the well: 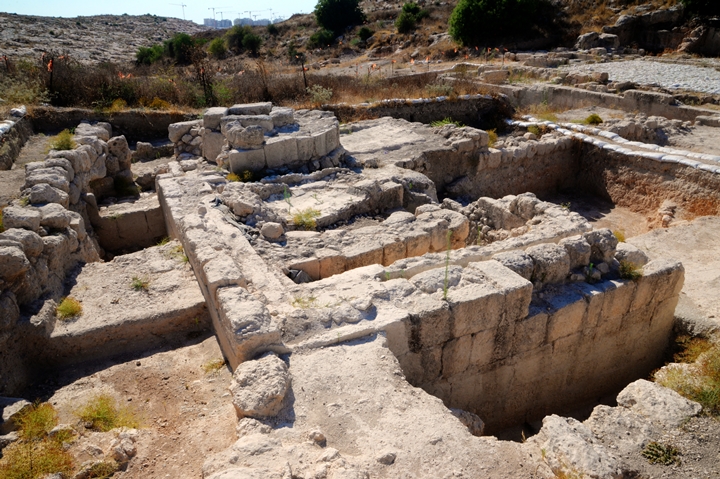 On the west side of the complex are architectural remains, such as columns. 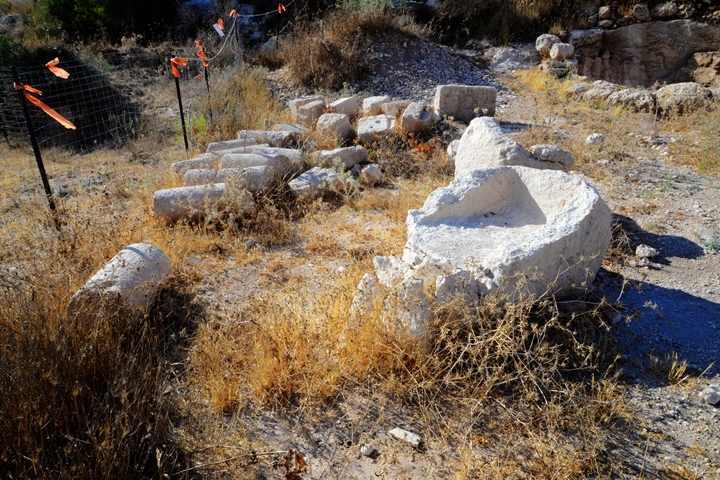 A shallow plastered cistern is also located on this side. 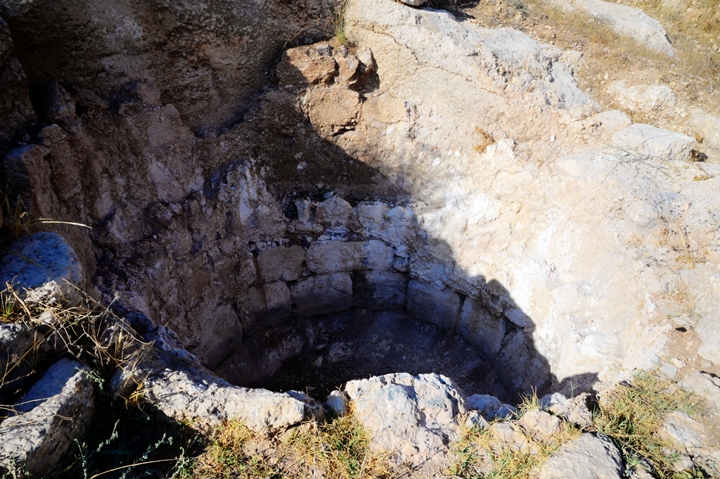 Ceramic fragments were piled up – the result of the excavations on the site. 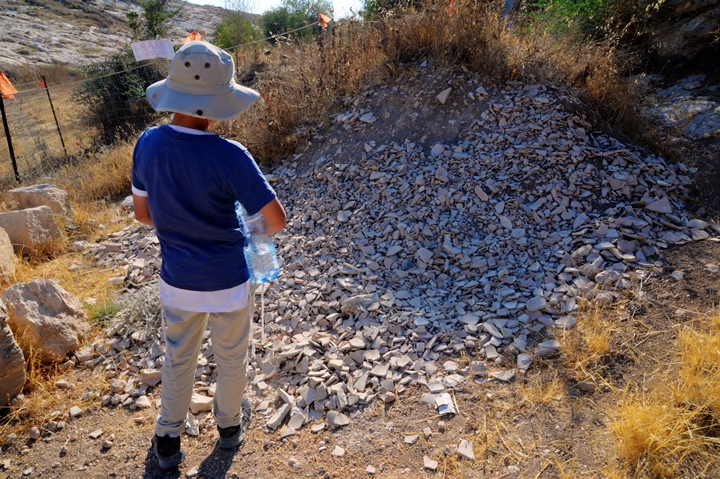 Many roof tiles were exposed on the site. 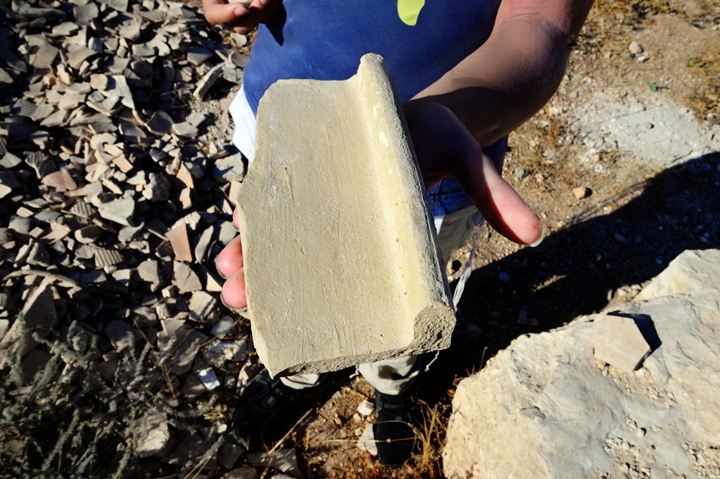 BibleWalks.com – Have Bible – will travel