This page provides an overview of the Crusaders and lists the sites reviewed in BibleWalks.com. 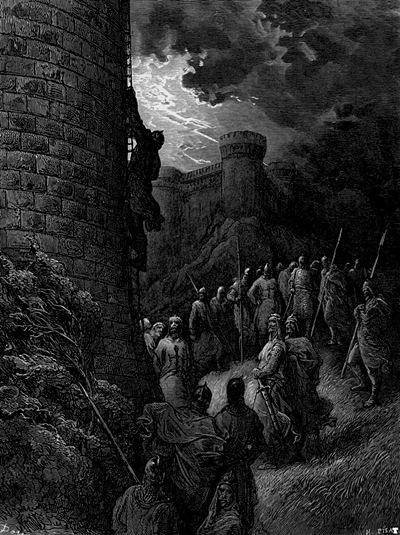 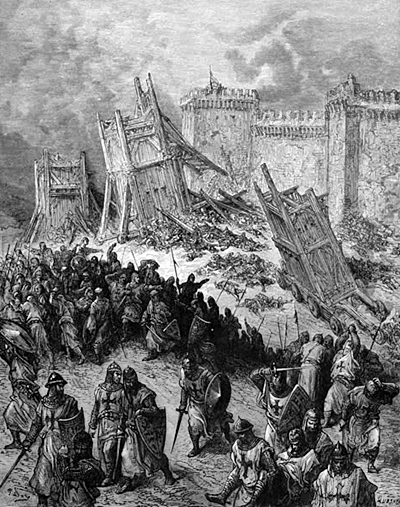 Following the capture of the city, which was the ultimate goal of the three years of the crusade, the joyful Crusaders celebrated their victory in the Church of Sepulchre, and established the Kingdom of Jerusalem. 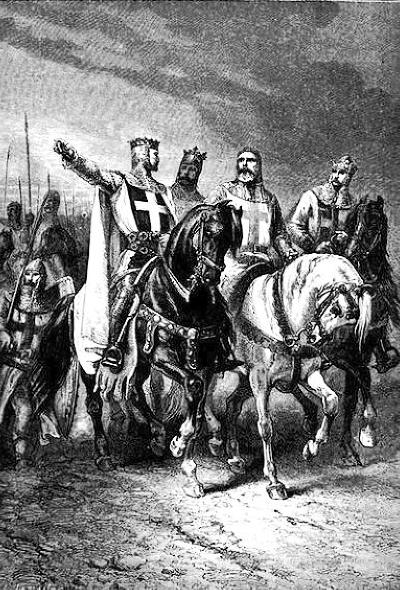 The Crusaders were driven out of Jerusalem  in 1187 by the Arab forces headed by Saladin. The Crusaders returned to rule the city for a short time (1229-1244) following the sixth Crusade.

The other Crusades will be detailed in a later phase:

Sites of the Crusaders:

The following table lists the sites related to the Crusaders, ordered in alphabetic order. There are dozens of sites, as the Crusaders have made an incredible change to the landscape of the Holy Land in the 200 years of presence.

More than 75 tower castles have been identified in the Kingdom of Jerusalem, most of them dated to the 12th century. Other sites featured in the table are of churches and monasteries and other types of structures. The table lists only the sites that have been reviewed in BibleWalks.com.

Click on the site’s title to see more information on each site. Click on the photos to enlarge them.

View an interactive map of the Crusaders fortresses in Israel.

BibleWalks.com – Travel to the Crusaders sites