A multi-period archaeological site, with a peak settlement period during the Iron Age period. A rare inscription was found here, bearing the Biblical name Jerubba’al.

Khirbet al-Ra’i is a multi-period archaeological site in the Judean foothills region. Its peak settlement period was during the Iron Age I and II periods. A rare late 12th century BC inscription was found here, bearing the Biblical name Jerubba’al.

The site is located on a strategic location overlooking the Lachish stream, 1Km south east of Kiryat-Gath intersection of highway #6, and 4km north west of Tel Lachish. Its area is 17 dunams (1.7 hectares).

The site is in a public area. 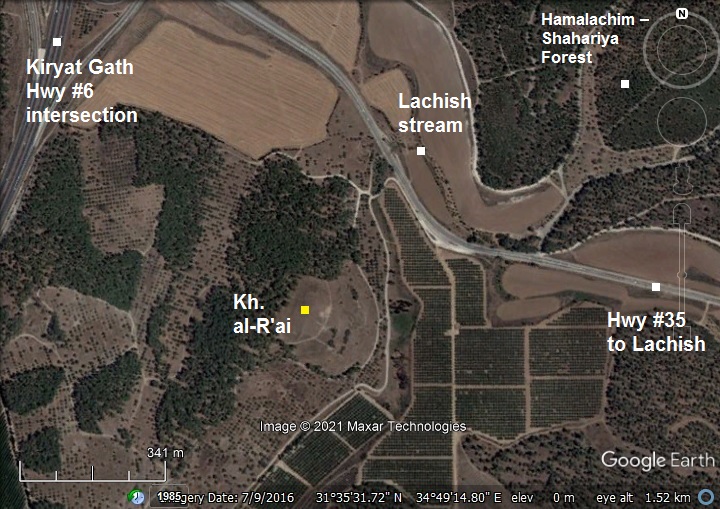 The peak settlement period on the hill was during the Iron Age I and II periods.  At that time the settlement was on the bordering area between Philistia and Judah. Major roads passed nearby, connecting the plains to the hill area.

The site was also suggested as an alternative identification of the city of Ziklag, where David took refuge while escaping from King Saul. (1 Samuel 30:1-3):

“David and his men were come to Ziklag”.

The inscription, assembled on 3 fragments, bears a Biblical name Yrb‘l (Jerubba’al). An illustration of the fragments is shown here. The translation of the first 5 letters (above, in Hebrew letters) is based on the excavation team’s report and scholars who deciphered the inscription. Note that the first letter (Y) is broken but its translation is reasonable. Other letters on the left side were not deciphered. 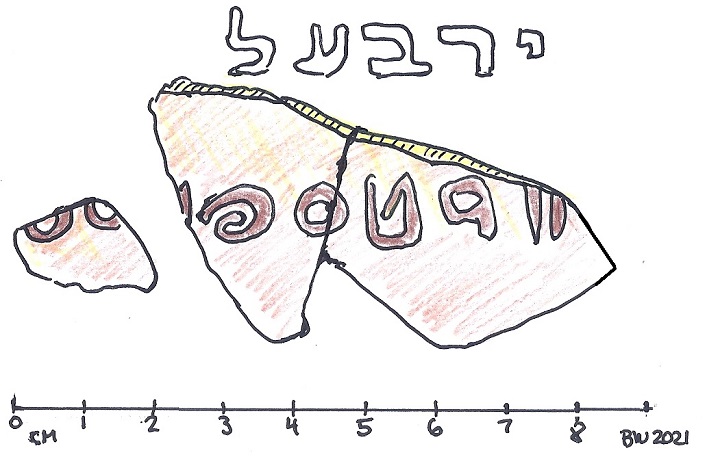 The name Yrb‘l (Jerubba’al) is mentioned in the acts of judge Gideon (Judges 6:32):

“Therefore on that day he called him Jerubba’al, saying, Let Baal plead against him, because he hath thrown down his altar”.

The area around the site was examined in the Palestine Exploration Foundation (PEF) survey (1866-1877) by Wilson, Conder and Kitchener. A section of their map is shown below, with the site (“Tor el Hiry”) in the center marked by a yellow square.The surveyors did not write about the site, but explained this name: “The mount of the granary ; a clift formed apparently by a landslide”.

Notice the major routes, indicated by double dashed lines, that cross the area. This indicates the strategic importance of the site during the antiquities.  The frontier settlement, situated on the eastern border of Judea,  commanded the east-west roads linking the coastal plain with southern Judea.

Part of Map Sheet 20 of Survey of Western Palestine, by Conder and Kitchener, 1872-1877. (Published 1880, reprinted by LifeintheHolyLand.com): 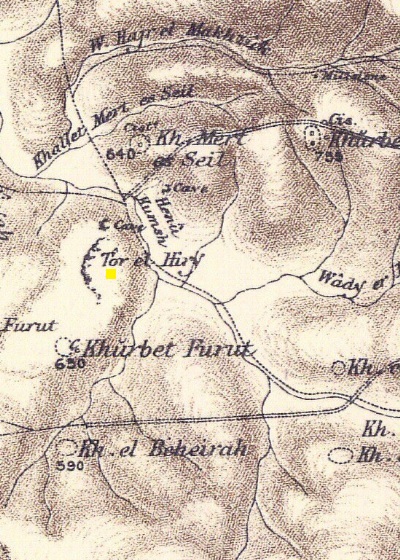 A map published in the 1940s shows the area around the site. It appears as “Kh. er Rai” at trig point 290, just south of the road from the Arab village of Araq el Menshiye (now: Kiryat Gat) to Beit Jibrin (now: Beit Guvrin). The valley (Wady el Qubeiba”) is now named the Lachish stream. 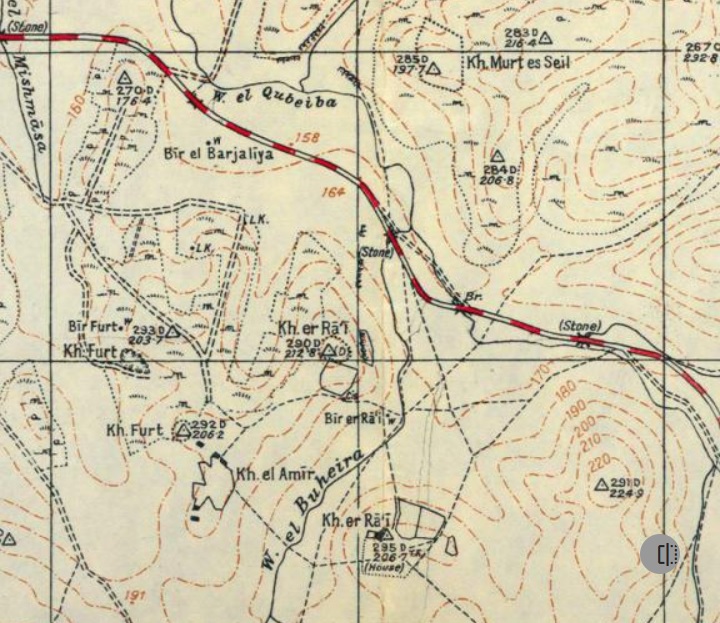 The site is excavated since 2015, headed by Y. Garfinkel and S. Ganor.

The drone captured this view over the site in September 2021, after the last archaeological season. 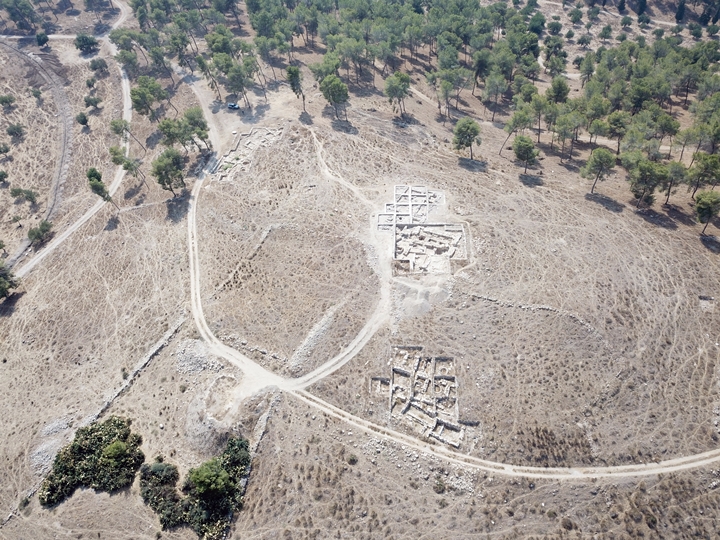 The site is located on the north eastern side of the ridge overlooking the valley of the Lachish stream. Highway #35 passes along the valley, using the same route once used to connect the plains to the heartland of the Kingdom of Judah. 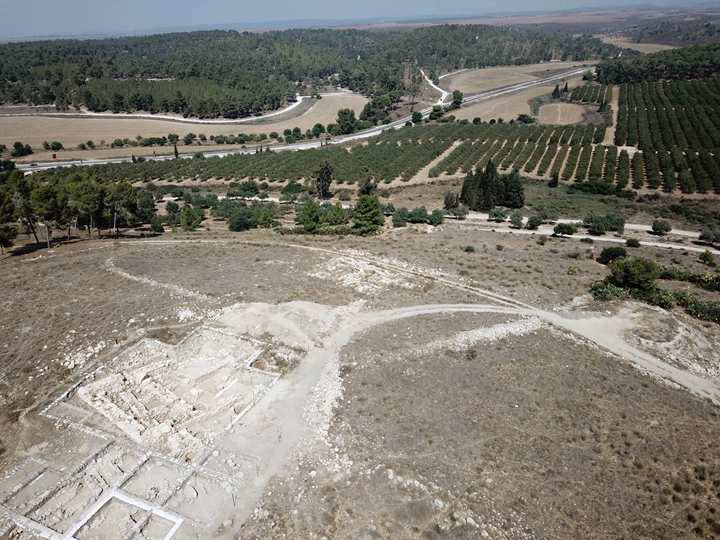 The next aerial view is towards the south: 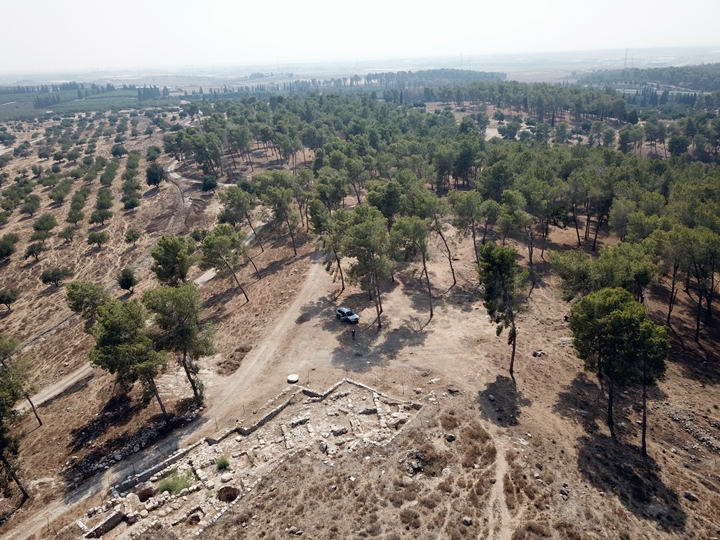 The site is undergoing archaeological excavations since 2015. Several areas (‘A’ thru ‘D’) were opened.

This view of area ‘A’ is from the south side, looking north. A large oil press basin is seen in the foreground. This area is characterized by small dwellings dated to Iron Age I. 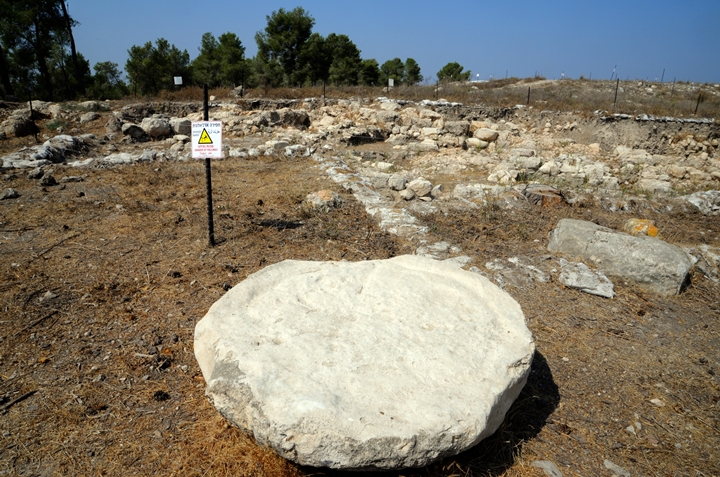 An aerial view of area ‘A’ is seen next, with a view towards the south.

A  stone lined silo was exposed on the south east side of the area, seen here as a large round cavity. It went out of use at some time at the late 12th century BC, then it was used as a dumping site. Inside were hundreds of ceramics fragments – pieces of bowls, cooking pots and jars.

It is here where the most important discovery to date was found. A proto-Canaanite inscription, written , was found inside the silo. The letters, written in brown ink on three ceramic segments of a jug, bear the Biblical name Yrb‘l (Jerubba’al). The inscription is dated to the late 12th century to the early 11th century. 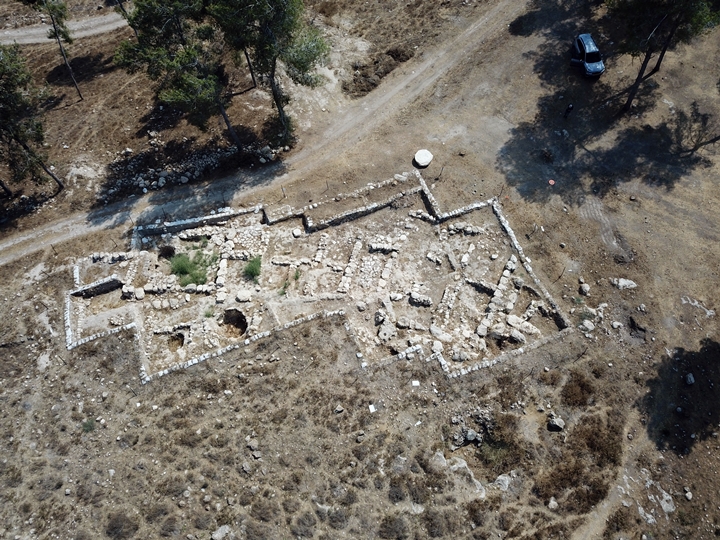 Another area (‘D’) in the center of the site, at the highest point of the site. This area contains large monumental buildings.

This is a view towards south west: 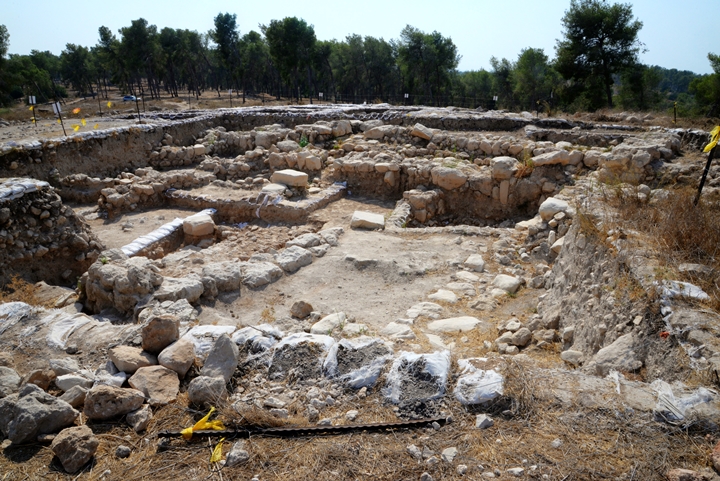 It is located beyond the northern side of the settlement.

Yet another area of excavations (‘B’) on the eastern foothills. Massive architecture were unearthed in this area. 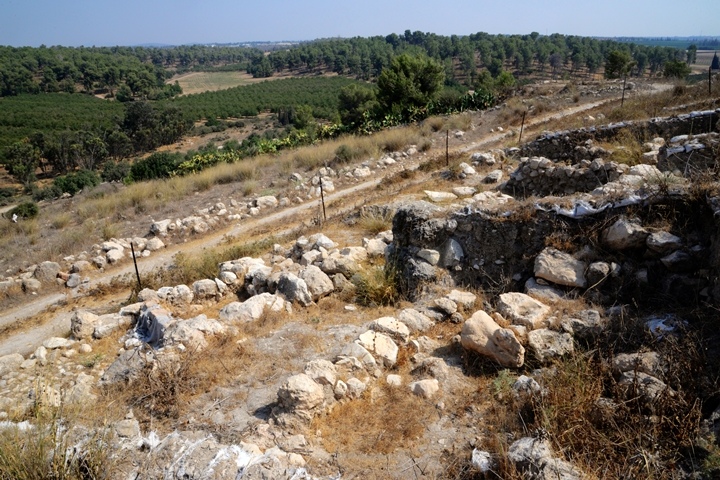 Ceramic fragments, unearthed during the excavations, were piled in the adjacent forest. Some of the fragments were assembled to complete vessels, others were used to date the archeological levels across the site. 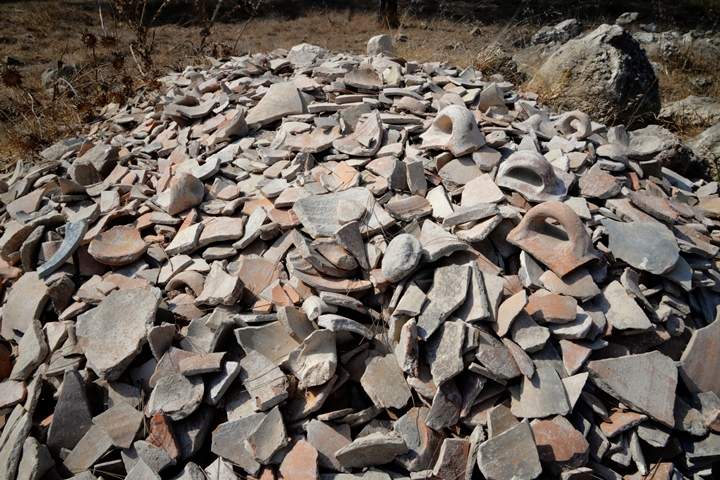 (c) Flight over the site:

The following YouTube video shows a flight of a drone over the site. It was taken at the end of summer 2021.

BibleWalks.com – Bible is our compass