A walled city during the Bronze and Iron ages, on the north-east side of the Sea of Galilee. According to some Christian traditions – it was the place where Jesus performed the second feeding of the multitude.

Mark 8 8/9: “…and they took up of the broken meat that was left seven baskets. And they that had eaten were about four thousand…”

The site is located on the north-east side of the sea of Galilee, about 2KM north of Kursi and 2KM west to Ramot.

It is situated between the estuaries Nahal Kanaf and Nahal Samakh streams. 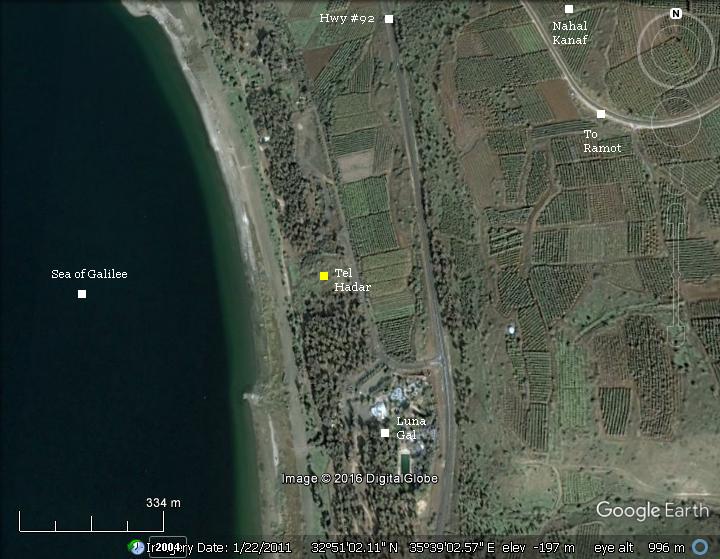 The Biblical city was located on an important trade route – the road that climbed at this site up to the Golan heights through Nahal Kanaf. The city was walled, defended by two layers of inner and outer walls, covering an area of 20 dunams (5 acres). It was protected by water from one or more sides.

The Tel is in ruins, and most of the year covered by bush. Since it is located inside public beaches (Hof Dugit and Hof Golan, which are just north of  Luna-Gal), the bush is cleared from time to time.

Recently a monument was erected on the west side of the Tel to mark the traditional place of the miracle. The place is now starting to be a pilgrimage site. 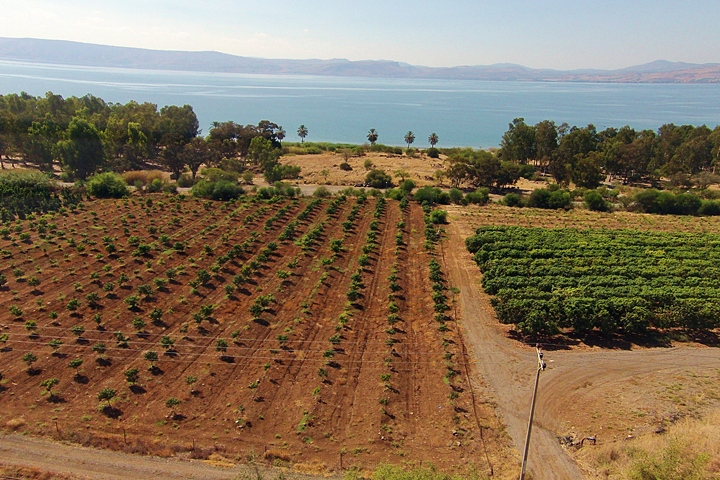 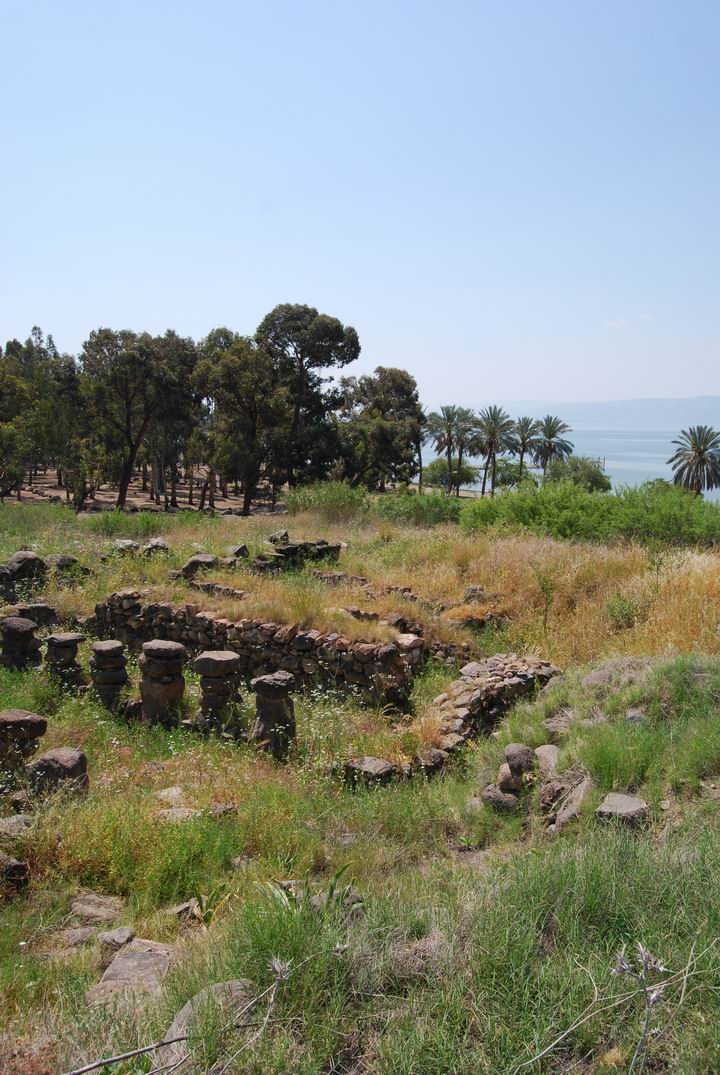 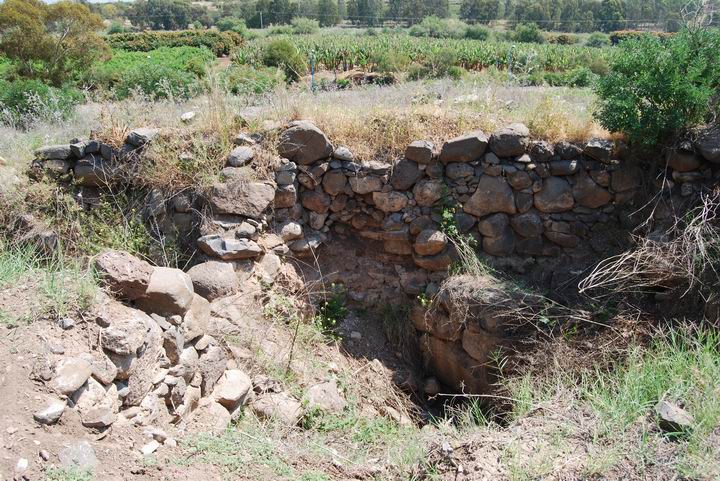 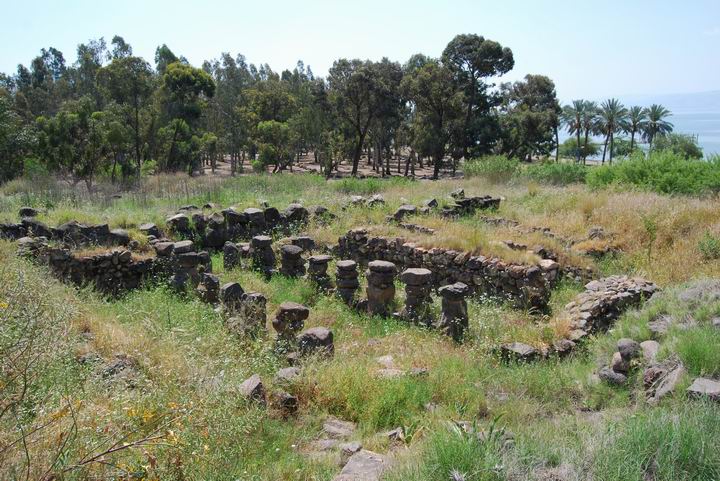 The Greek word (“Dodeka Thronon”) inscribed on the stone means “Twelve thrones” , a passage  from Matthew 19:28 referring to the 12 apostles:  “And Jesus said unto them, Verily I say unto you, That ye which have followed me, in the regeneration when the Son of man shall sit in the throne of his glory, ye also shall sit upon twelve thrones, judging the twelve tribes of Israel”. 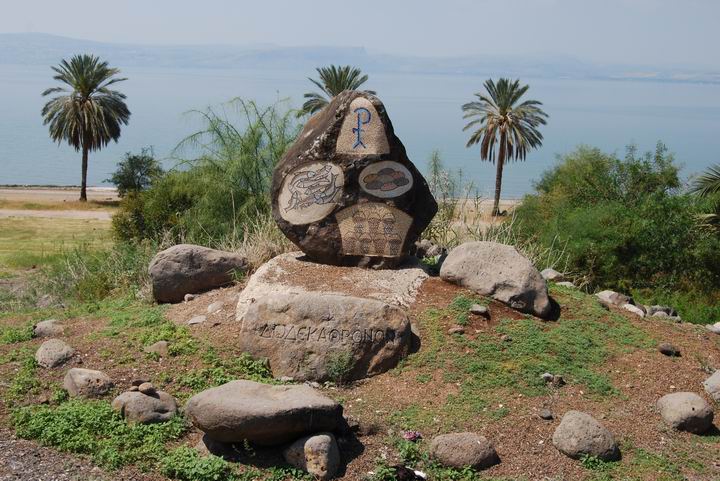 A heavy rock has been placed in the parking lot to mark the site of the miracle. It reads in Hebrew: “Tel Hadar of the 7 loaves”. 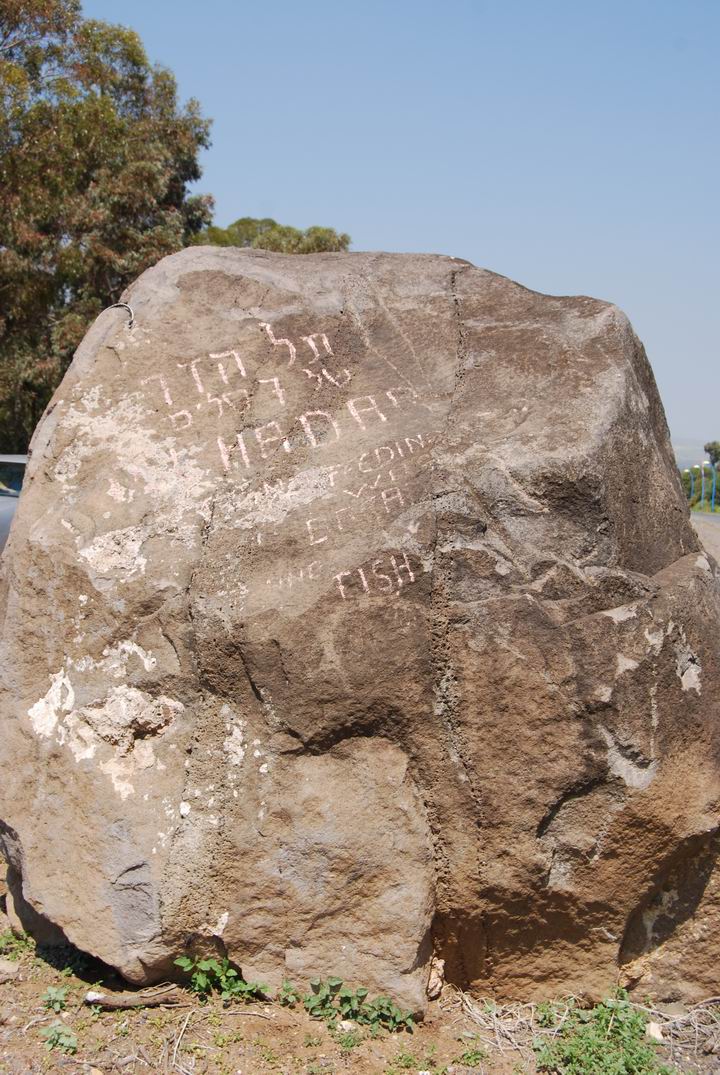 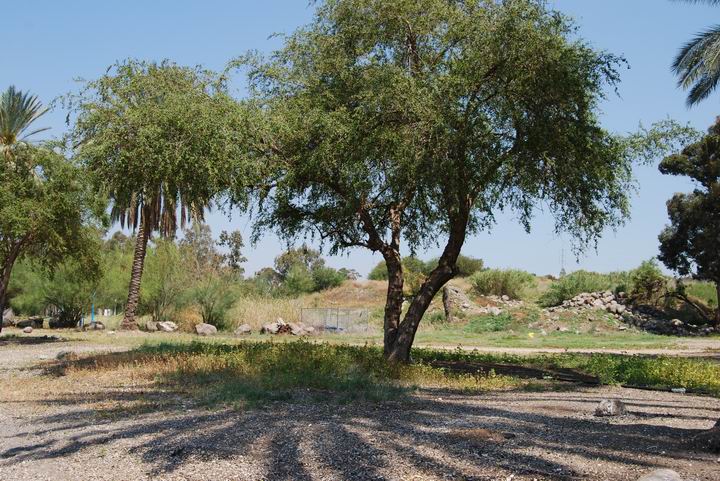 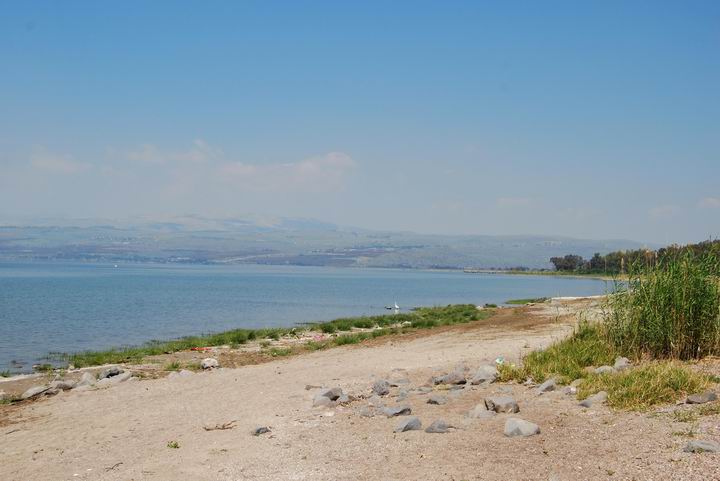 The photo below shows a view towards the south of the lake. The pier is part of the Luna-Gal beach. The green trees in the left background are the beach of Kursi – the traditional site of another miracle and landing site of Jesus. 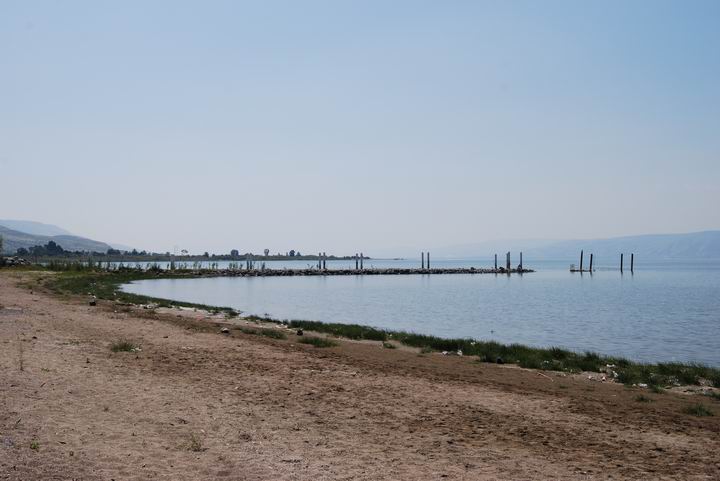 “In those days the multitude being very great, and having nothing to eat, Jesus called his disciples unto him, and saith unto them, I have compassion on the multitude, because they have now been with me three days, and have nothing to eat: And if I send them away fasting to their own houses, they will faint by the way: for divers of them came from far. And his disciples answered him, From whence can a man satisfy these men with bread here in the wilderness? And he asked them, How many loaves have ye? And they said, Seven. And he commanded the people to sit down on the ground: and he took the seven loaves, and gave thanks, and brake, and gave to his disciples to set before them; and they did set them before the people.  And they had a few small fishes: and he blessed, and commanded to set them also before them. So they did eat, and were filled: and they took up of the broken meat that was left seven baskets. And they that had eaten were about four thousand: and he sent them away. And straightway he entered into a ship with his disciples…”.