This page reviews the ancient mound (Tel) on the hill above the ancient port of Jaffa. This is where the Biblical cities of Jaffa were located.  A series of excavations have examined the remains of the ancient civilizations of Jaffa, one of the most ancient maritime harbor cities in the world.

The mound (Tel) of Jaffa is located on a hill above St. Peter’s and the Kedumim plaza museum.

The layers of Tel Yafo in Area “A” (the main excavation area of Jacob Kaplan) were dated as follows:

The excavation areas (“A”-“I”, “X”, “Y”) are shown in the following illustration. The largest area, “A”,  is in the center. An earlier area is marked by “Guy” (1950). The excavations in these areas did not require to remove the Ottoman period houses that used to cover the whole dense area of the old city, since the area was demolished by the British in 1936. 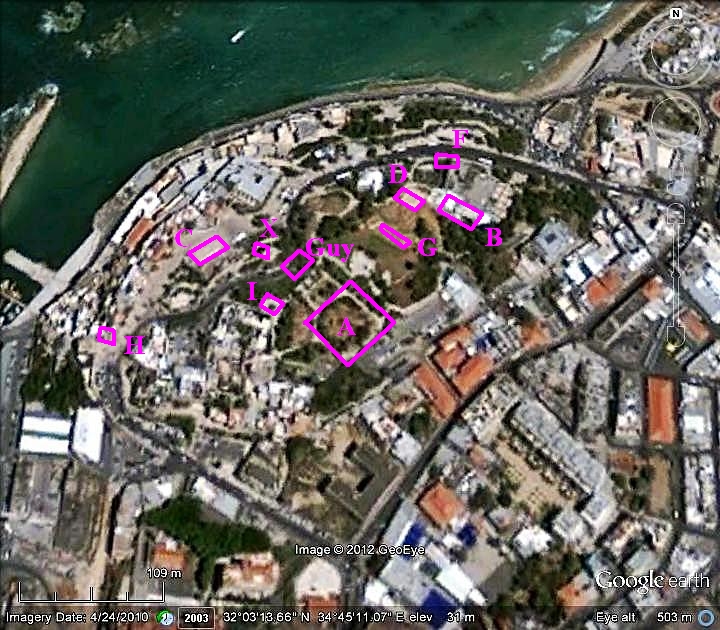 Most of the excavated areas of Tel Yafo  were covered by soil and incorporated into a park overseeing the bay of Jaffa and the coastal area of Tel-Aviv. This park (“Ra’amses gate garden”) is the highest point of the city, located above the ancient port of Jaffa. 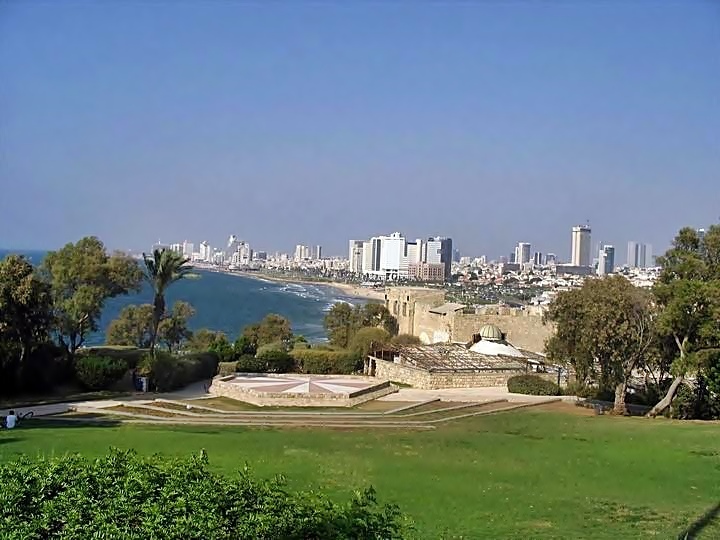 Only several sections of the excavations have been left open, such as some of the sections of Area “A”. One of them is a massive brick wall of an Egyptian fortress, dated to the late Bronze age (13th century BC) during the reign of pharaoh Ramses II. 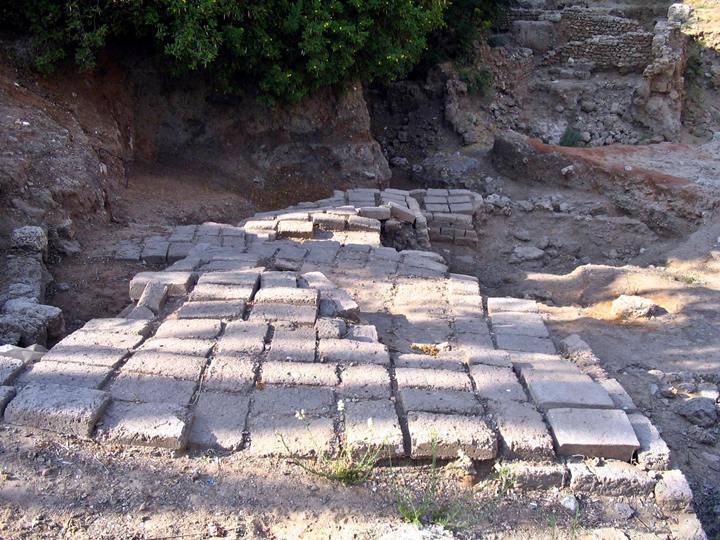 Another section of the brick wall: 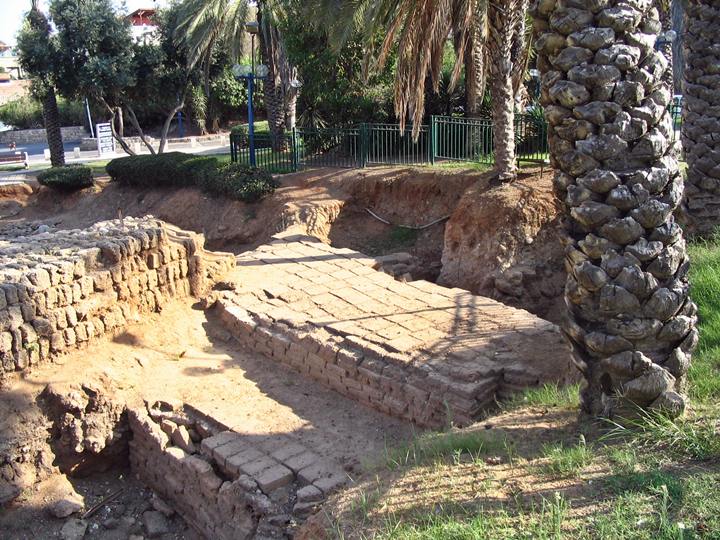 The Late Bronze age city gate was exposed by Jacob Kaplan. A reconstruction of the gate was constructed in the 1990s to illustrate the location of the original gate.  The lintels of the gate are bearing the titles of Ramses II (1279-1213 BC). 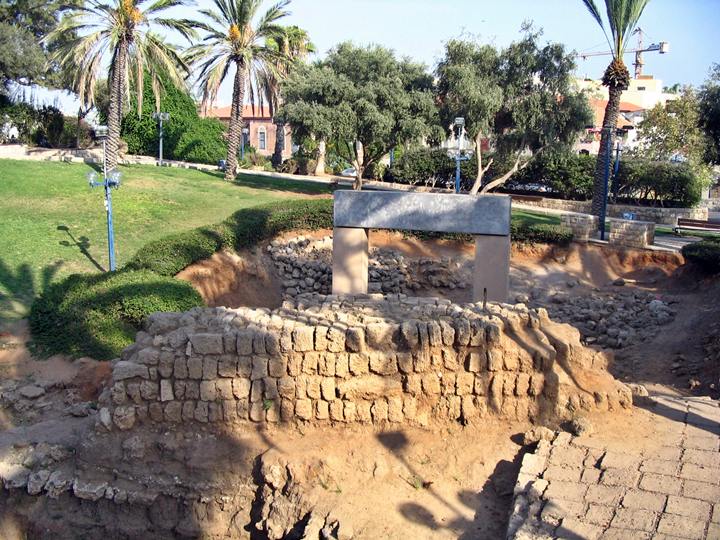 (b) Kedumim Square excavations and museum:

Several of the archaeological findings are on display in the museum of the history of Jaffa in Kedumim square, Old Jaffa, which is located at the foothill of the mound (Area “C” in the map).  In the center of the museum are remains of 3 buildings which were excavated right here. They were dated to the Hellenistic period (3rd century BC) to the Roman period (2nd century AD). These include (1) a three-room basement complex, (2) walls of a Jewish dwelling abandoned in 67 AD (during the Great revolt), and (3) house of the “Agoranomos”.

The third structure in this complex is seen in the picture below. The walls of this building was destroyed by fire.   The excavators found here an inscription of the “Agoranomos”  (an official in charge of markets, weights and measures). The inscription mentions the name Yehuda ben-Tozomenos, who was Jaffa’s agoranomos during the reign of the Emperor Trojan (98-117 AD). A reconstruction of the official, sitting down with weights on the table, is seen here on the right side: 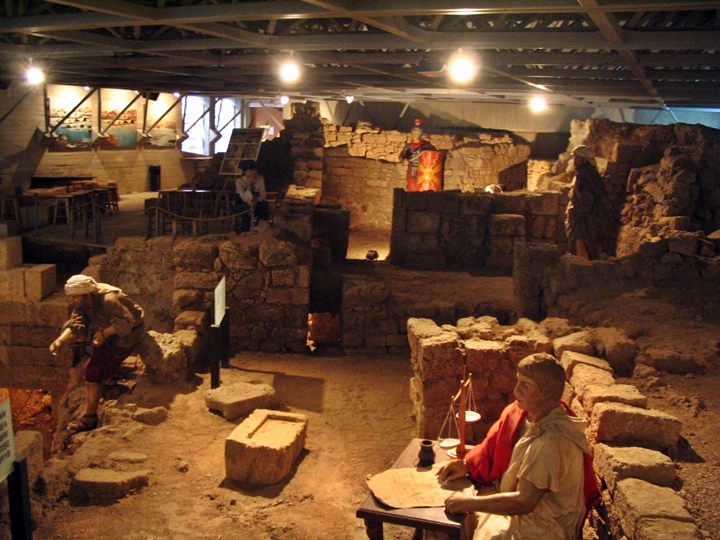 The following picture is a storage jar, which was found in structure of this official. It is dated to early Roman period (1st-2nd century AD). 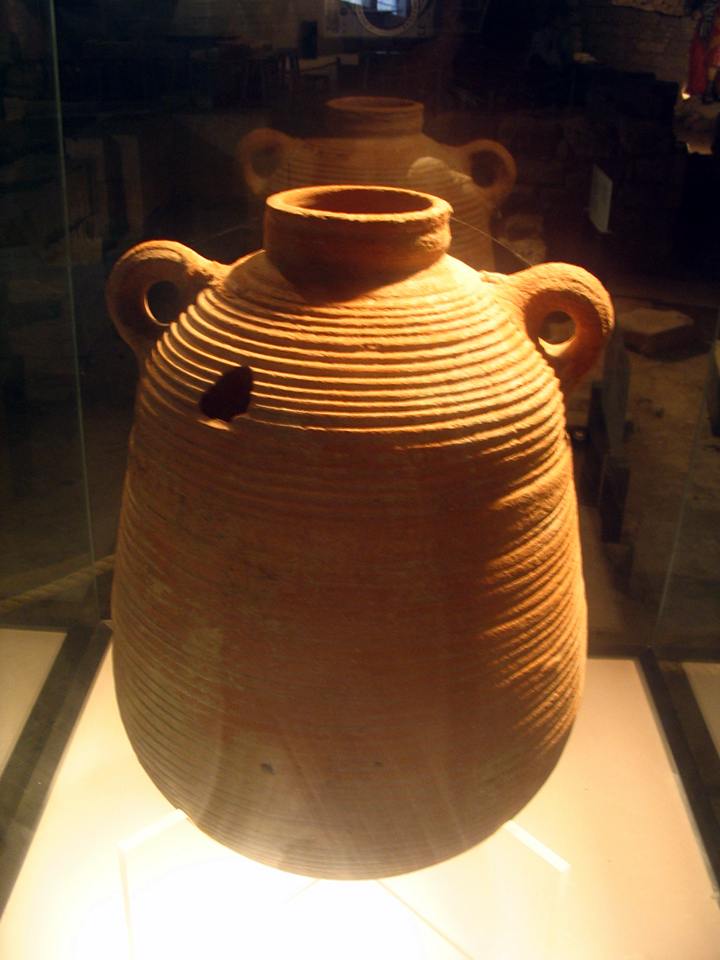 The next picture is an imported amphora (wine jar), dated to the Hellenistic-Roman period. 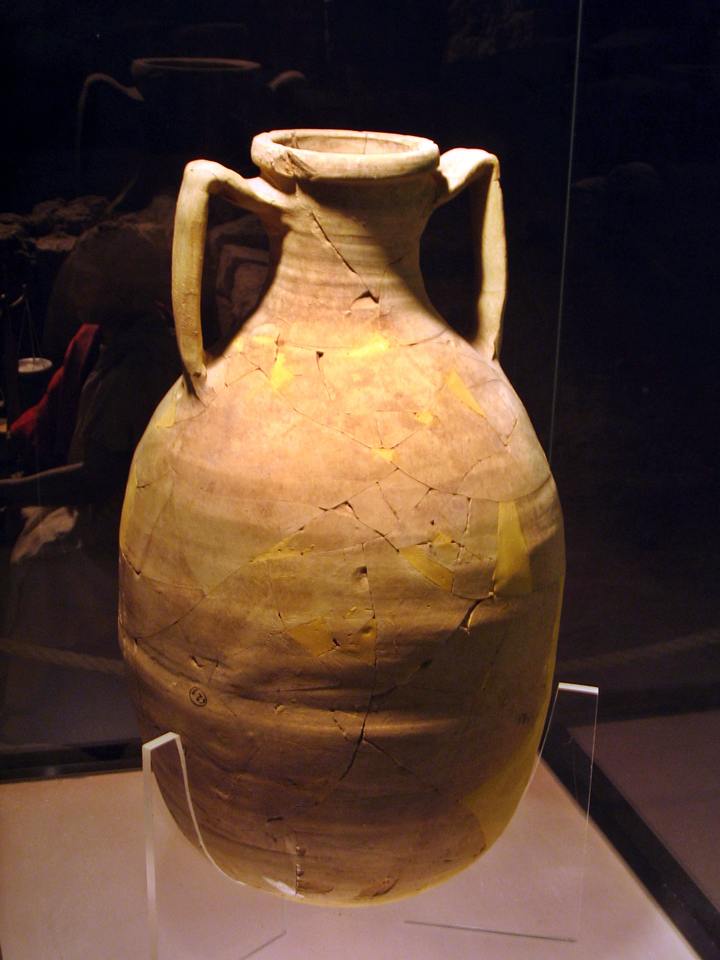 Check our Info page on “Tel”.