A Muslim town north of Karmiel. It was a large village during the Hellenistic and Byzantine periods.

A Muslim village north of Karmiel, with traces of ruins beginning from the Early Bronze period and culminating at the Hellenistic and Byzantine periods.

The ancient site was centered around a perennial spring, located on the foothills of the Matlul-Tsurim cliffs. It was a large Tel (multi-period mound), which commanded the traffic passing through the valley of Beit-Kerem, between the lower and Upper Galilee.

The village is located on the foothills of the high Matlul-Tsurim cliffs (alt 368M, 140M above the valley),  east of the villages of Deir El-Asad and Bin’a.

The Tel (mound) of Nahef is located close to the spring on the top of the hill, buried  under the modern village. 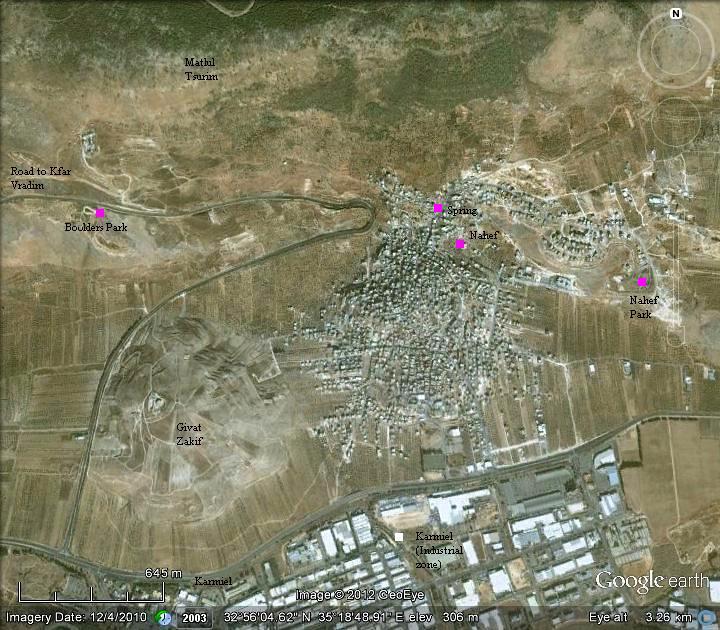 Ceramics, coins and structures were found in the center of the village. According to the excavations, the village reached its peak in the Hellenistic period. It was centered on the foothills near the perennial spring. The excavators (Howard Smithline 2001) concluded that Nahef was an important commercial center, which produced olive oil and wine.

After the Hasmonean conquest (2nd half of 2nd century BC) the village was destroyed. After a settlement gap, it continued to be inhabited until the Roman period, probably by Jewish settlers.

The area of Beit-Kerem became a major center of Christian monasteries, centered in the fortified village of Khirbet Bata. The caves in the hills around the valley were used by the monks for seclusion.

Many findings dated to the Byzantine period were found in the village, including a pottery workshop (Late Roman/Byzantine periods), stone oven, winepress, and rock hewn tombs. In 1874 the French M. V. Guérin reported on the ruins of a church, perhaps transformed from an early synagogue. These findings indicate a prosperous village during this period.

During the Crusaders period the town was named “Nef”.

According  to the Survey of Western Palestine [Sheet IV, p 208]: “Nuhf is mentioned among the Casales belonging to the Knights of the Teutonic Order about 1250 A.D. by the name Nef, with Beit Jenn, Jalun, and other places in the same neighbourhood”.

On the north side of the town are shrines dedicated to the warriors who fought the Crusaders – the Maqams of Sheik Rabia and Sheik Mahmud.

In the PEF map (1878) the site is listed as “Nuhf”. It is seen below, indicated by a red marker. They describe Nuhf as [SWP report, p. 203]: “A village, built of stone, containing about 200 Moslems, in plain, with olives and arable land ; water from cisterns and a spring. Guerin says that there are here 400 Moslems with a few families of Schismatic Greeks”.

On the archaeological part of their report of the Survey of Western Palestine, the authors Conder and Kitchener reported on Sheet IV  [p255]:

“Two broken pillars were seen, and traces of ancient remains. This place was called Nef in the time of the Crusades. Guerin found there, ‘near a little mosque, a certain number of regular blocks and three broken shafts, which prove that there was once here a building of some kind, now destroyed from top to bottom. Was it a synagogue, later on transformed into a church ?'” 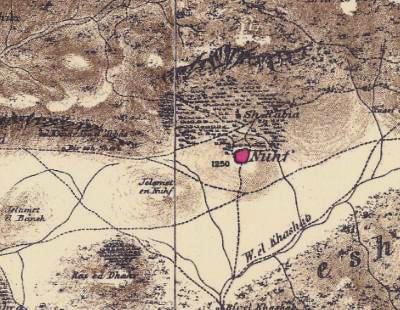 Part of maps Sheets 3 & 4  of Survey of Western Palestine,

Notice the Maqam of Sheik Rabia to the north of Nuhf, and the roads that pass the village on both sides.

The construction in this condensed town wiped out most the ancient remains. Several salvage excavations were conducted in the village (Hasson 1970; Sussman 1982; Vitto 1986; Smithline 2001; Tepper 2003). The findings included hewn tombs, structures and installations dated from the Early Bronze period, Hellenistic, Roman/Byzantine and Crusaders periods.

A great view of Nahef can be seen from the road from Karmiel towards Kfar Vradim, which  passes on the north and west side of the village. While passing through this road, this picturesque scene of the villages catches your eyes. 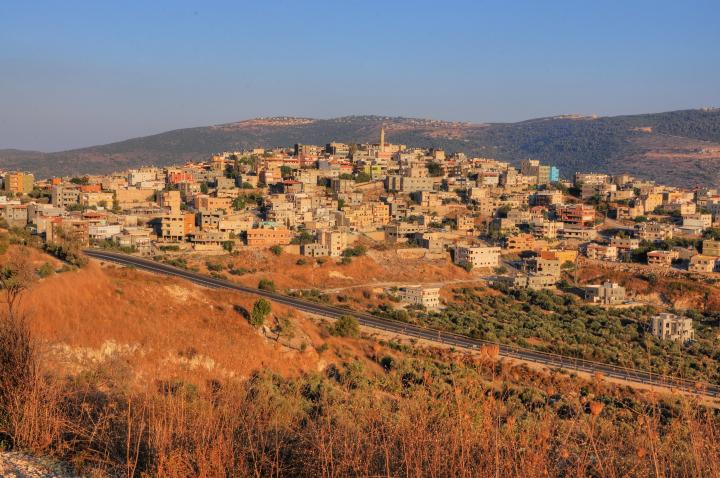 The next picture was taken from the foothills of “Givat Zakif”, which is  located to the south-west of Nahef. The minaret tower of the  mosque is located at the top of the hill, with the hills of Matlul-Tsurim seen in the left background. 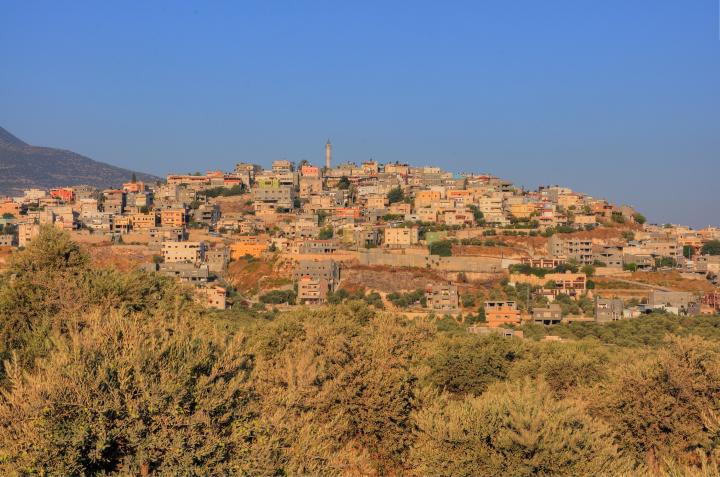 The source of life in the ancient village was the spring (El ‘Ain). It is located on the north high side of Nahef. 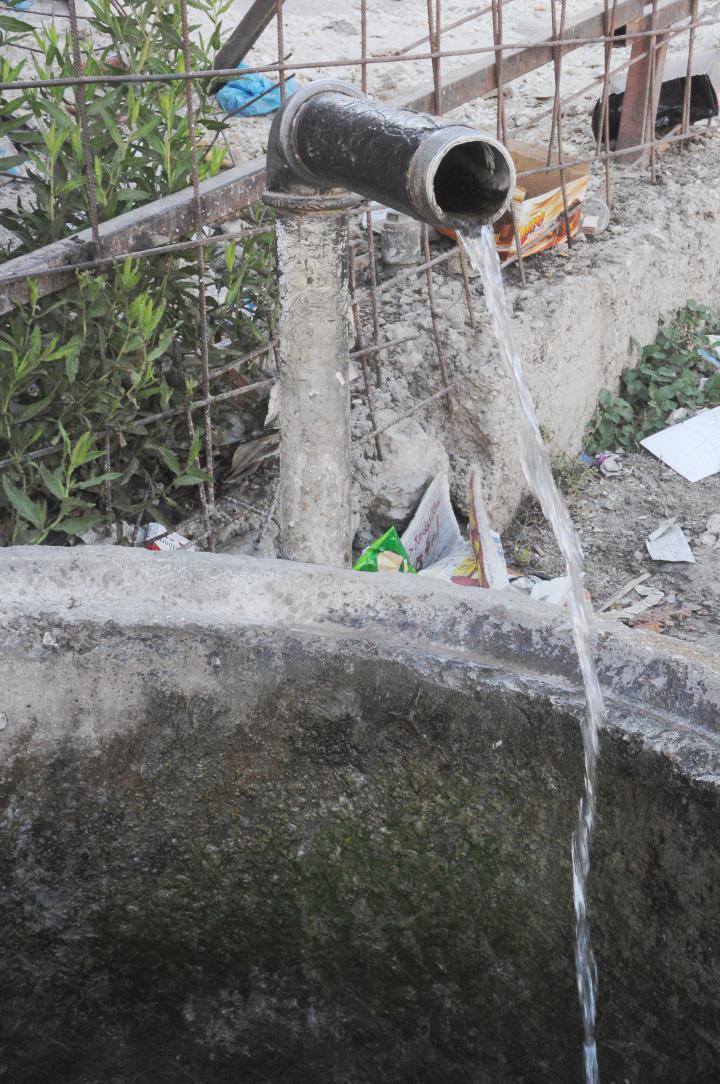 The residents come here to fill up their bottles.  Indeed, the water tasted great! 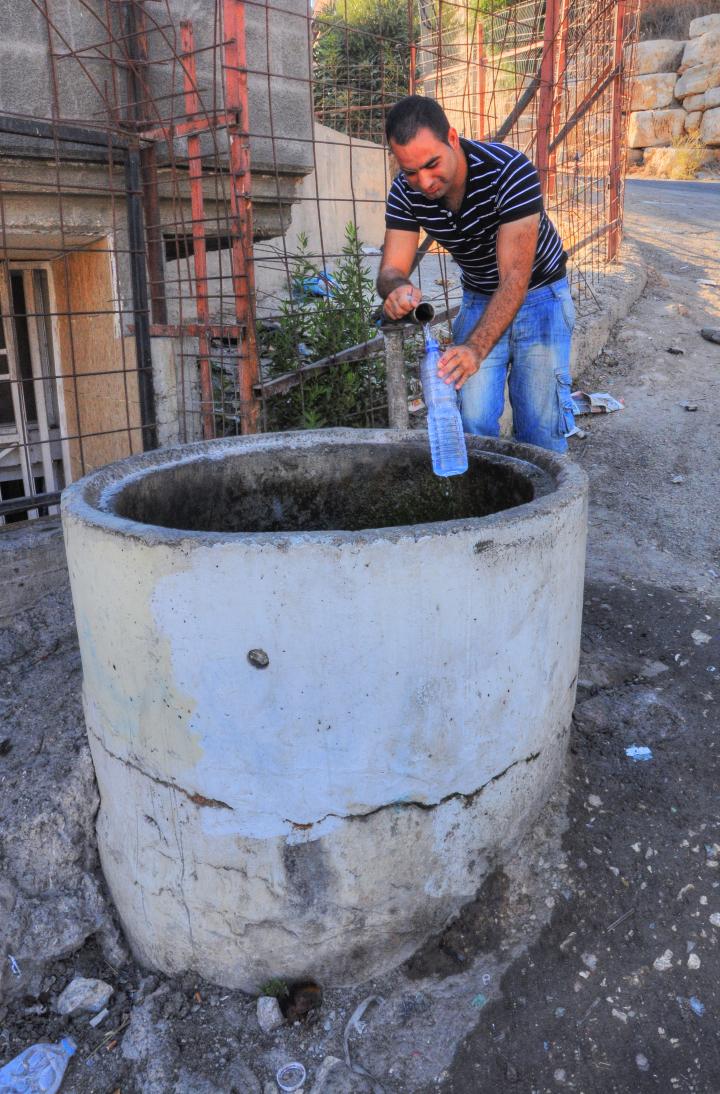 A new park was constructed on the east side of the town, in an abandoned mine. 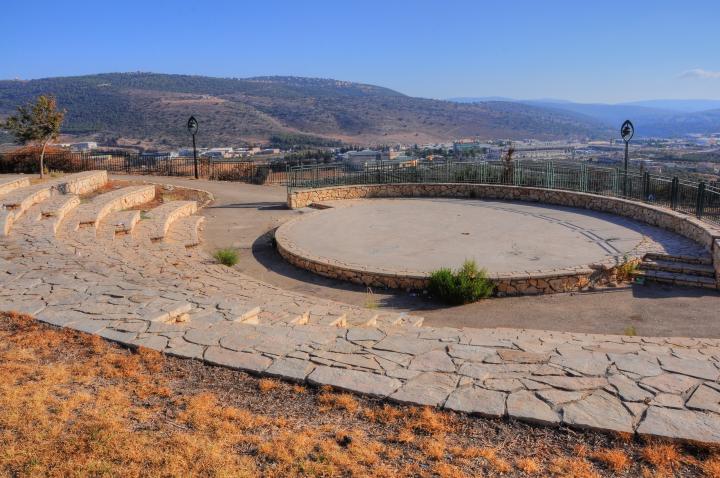 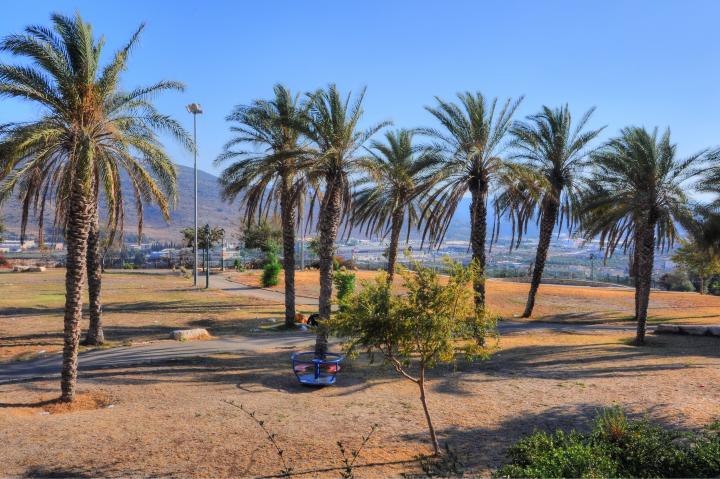 A garden is located outside of the village, on the side of the road that ascends north from Nahef towards Kfar Vradim. In it are boulders arranged in various forms.

From the observation point is a great view of Karmiel and the valley of Beit Kerem. 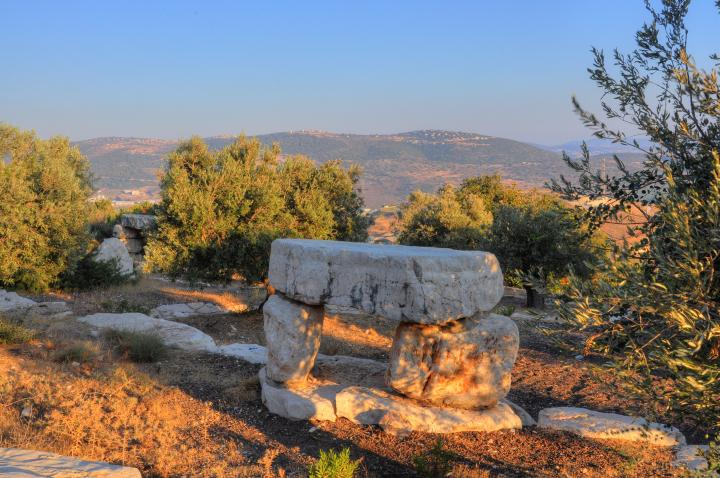