St. Francis convent is located on the south side of the Zion Gate, outside the walls of the old city of Jerusalem.

The Franciscans hold a convent (Monastery) in Mount Zion, near the Zion Gate outside the walls of the old city. The Franciscan order has been entrusted by the pope with the upkeep of the Holy Land Christian shrines since the 14th century.

From 1335 to 1551 the monastery was located in the place of the tomb of King David (1), the traditional location of the last supper. From 1551 until 1560 they resided in a bakery nearby.  After  then they relocated to another site in the city (St. Saviour).

(1) Thanks for S. Browns who provided a correction

Only many years later they returned to Mount Zion. In 1936 the Franciscans bought the bakery building from Dejani family, and transformed it into the present convent of St. Francis.

The entrance on the side facing the Zion gate is seen below. The signs read “conventus S. Francisci” (Monastery of St. Francis) and “Custodia Terrae Sanctae” (Custodians of the Holy Land). 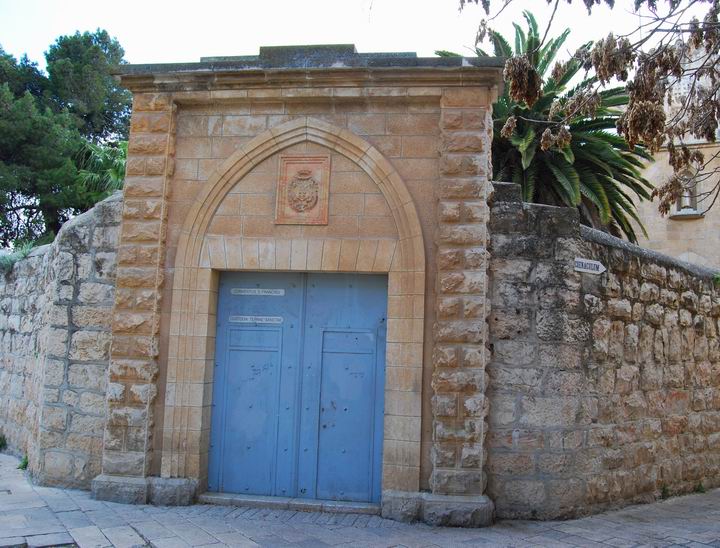 The seal above the gate is shown in detail below. In the center of the seal is the 5 crosses symbol – the Franciscan’s symbol.  This symbol was the Crusaders sign of Jerusalem, and was adapted by the Franciscans. It is based on the 5 Holy wounds of the crucifixion  of Jesus (2 in the hands, 2 in the legs, and one in the chest). 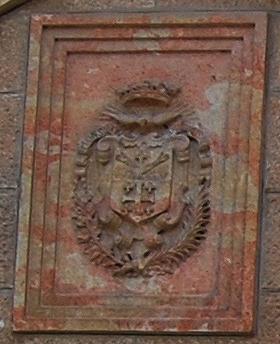 Above the five crosses are two hands on both sides of a cross – the symbol of the custody of the Holy places. The bare hand is the hand of Jesus, while the hand with a sleeve is St. Francis of Assisi, the founder. Both hands are perforated – the holes created by nails (Jesus on the cross, St. Francis of stigmata).

The photo below shows the alley that leads to the Dormition, seen behind between the two walls,  and the tomb of David. 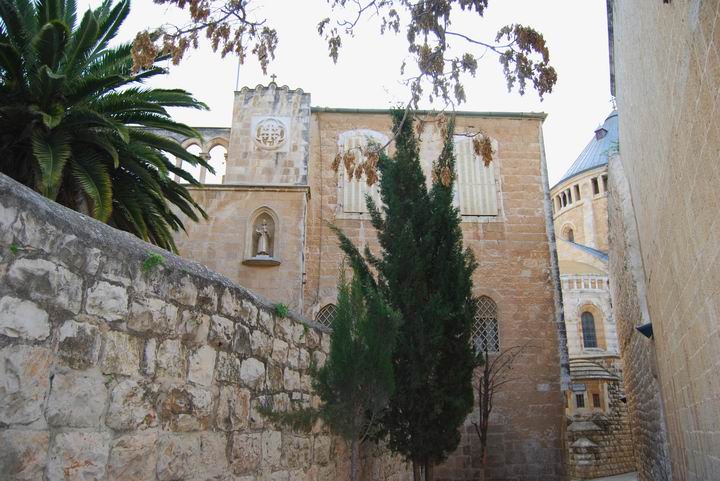 The statue of St Francis, the founder of the order, is seen on the wall. Above it is the symbol of the Franciscans:  large cross with four crosses on each of its corners. 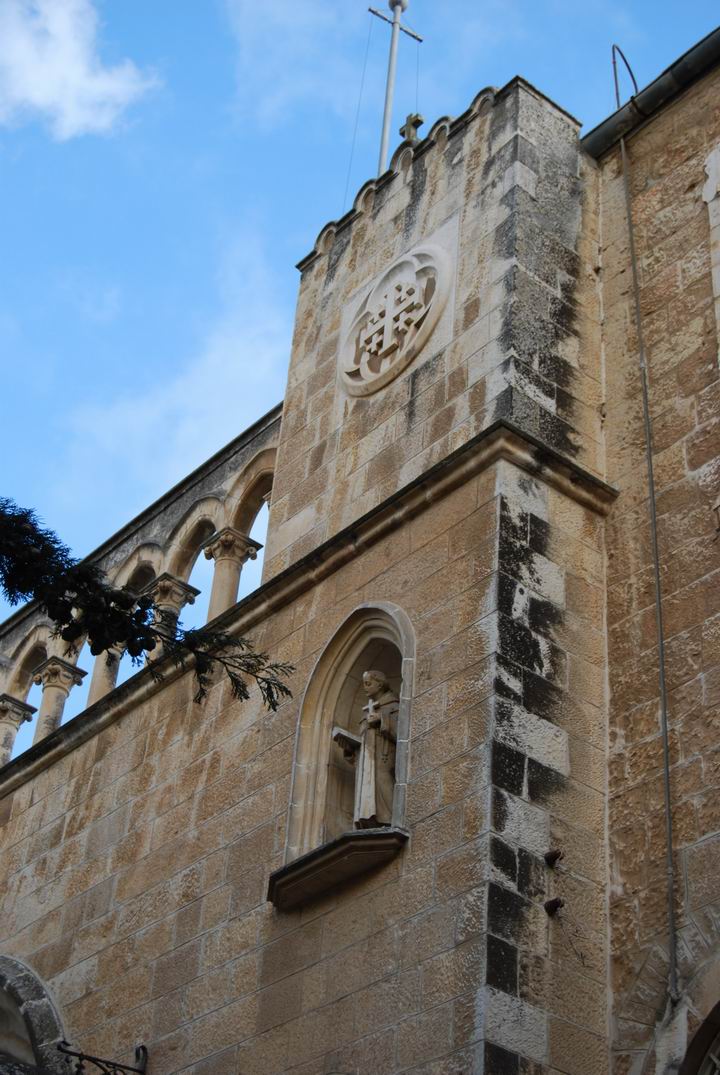 Monastery of the Cross<—previous Jerusalem site–<<< All Sites >>>—> Dormition Abbey