You can point & click on the purple points to navigate to the selected point. 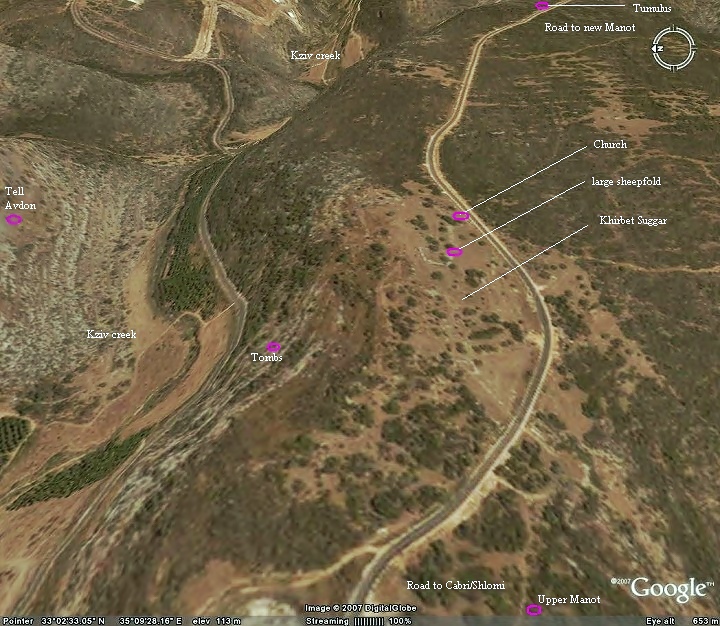 Along the Kziv stream, about 1KM east, are many findings starting from from the Neolithic period (83C BC- 45C BC).

An aerial view, taken from a quadcopter above the road on the south side, shows the central section of the site. Traces of the ruins cover the hill. A rectangular walled area, which was an ancient sheepfold, is seen in the center.   The Kziv stream flows just after the hill. Across the stream, on top of a steep hill, are the ruins of the Biblical city Avdon.   In the far left background is the Mediterranean Sea, and the mountain of the "ladder of Tyre" (Sulam-Tzor) is seen in the far left background. 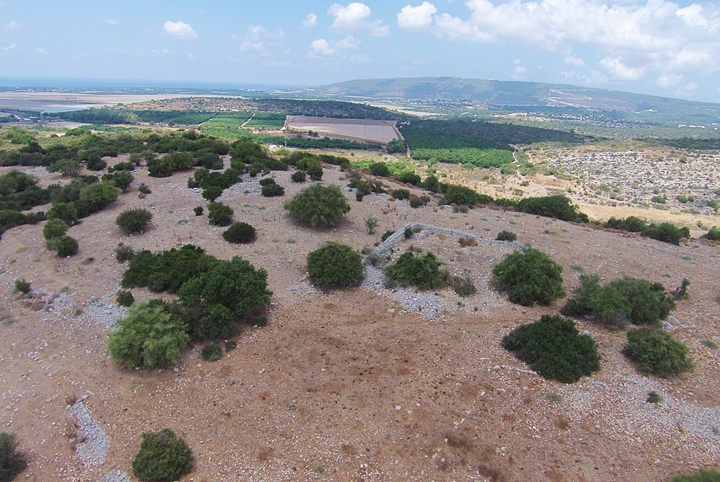 A panoramic view of the top of the Khirbet is seen below. Click on it to view in more details.

The photo below shows a detail in the panoramic photo - with ruins of one of the houses. 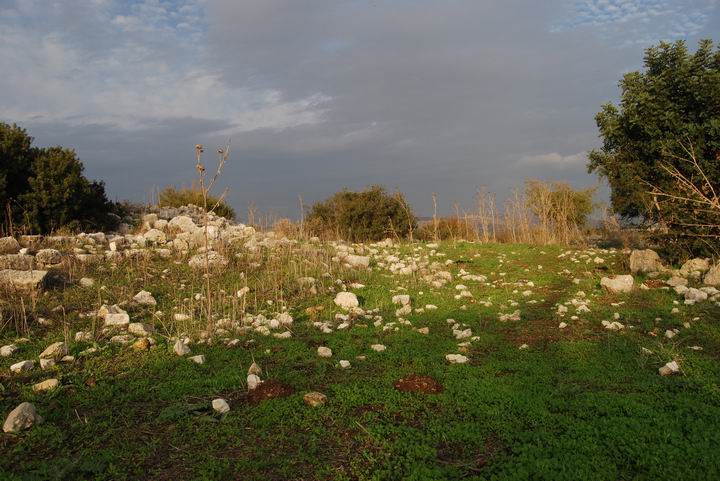 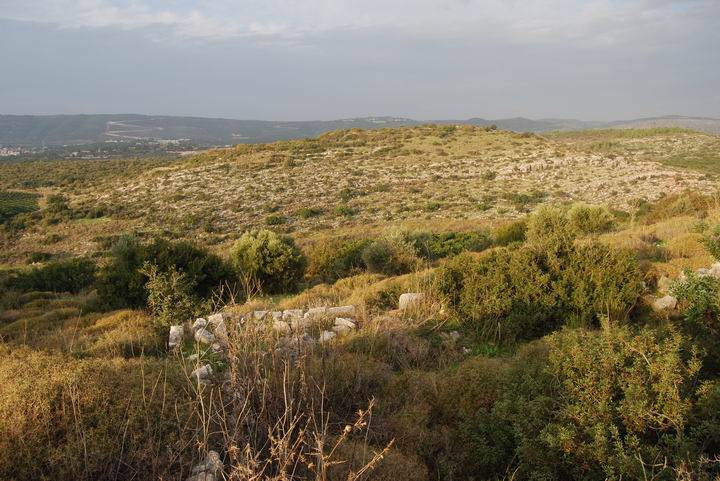 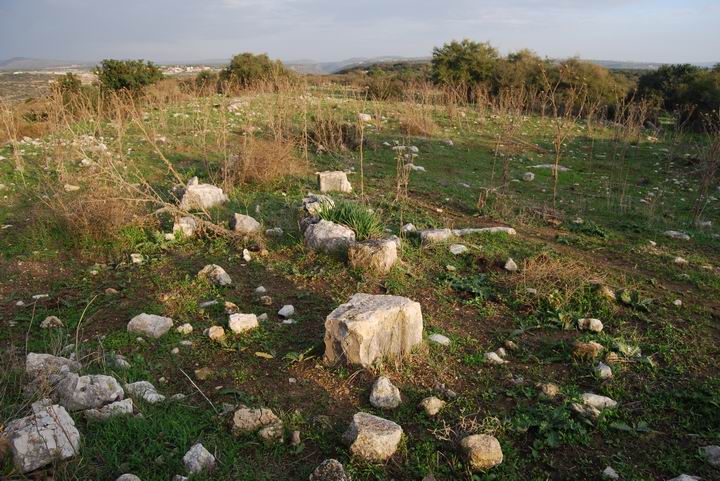 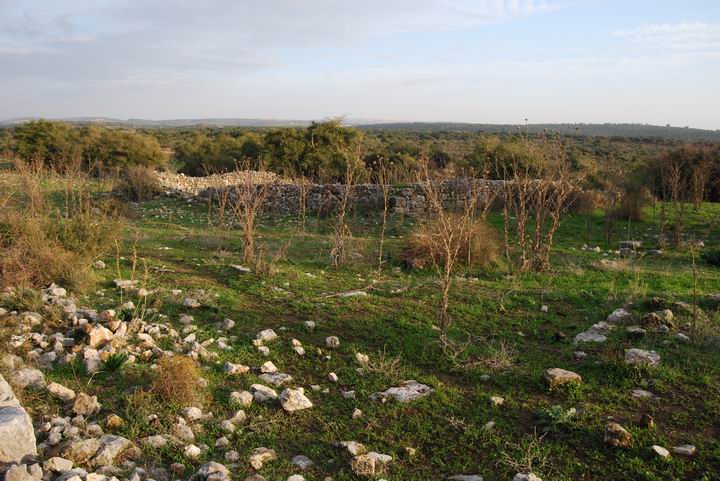 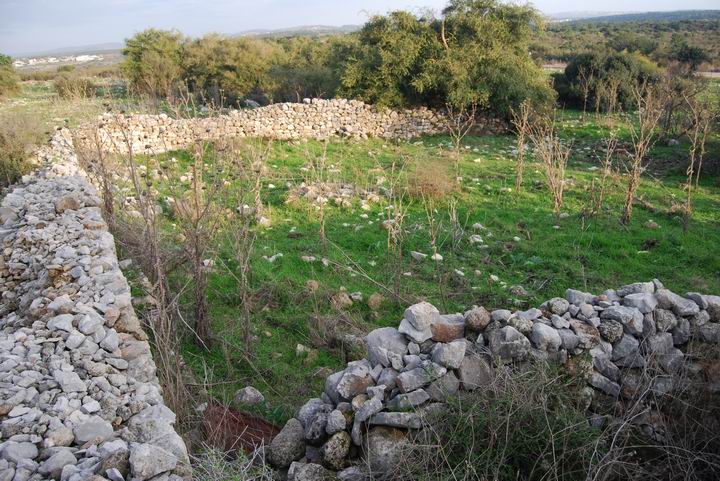 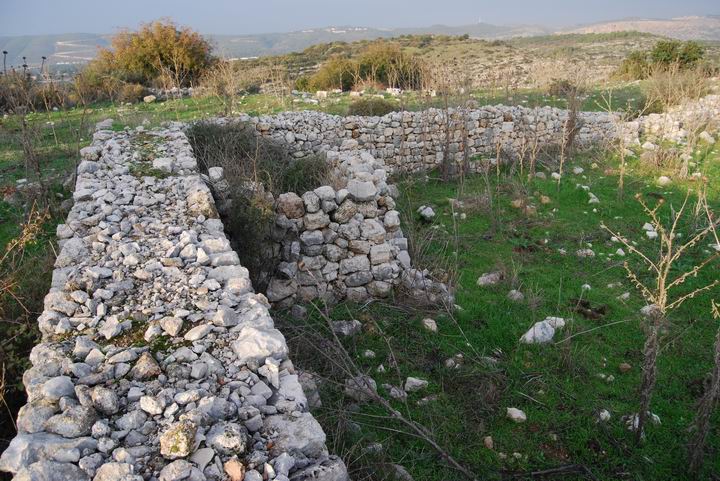 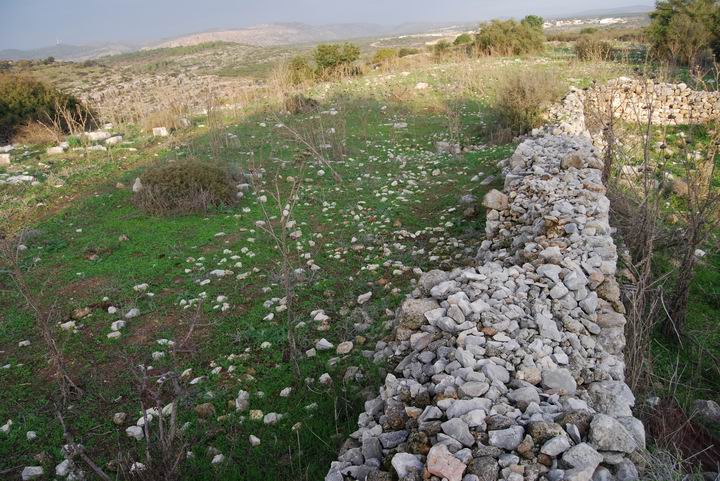 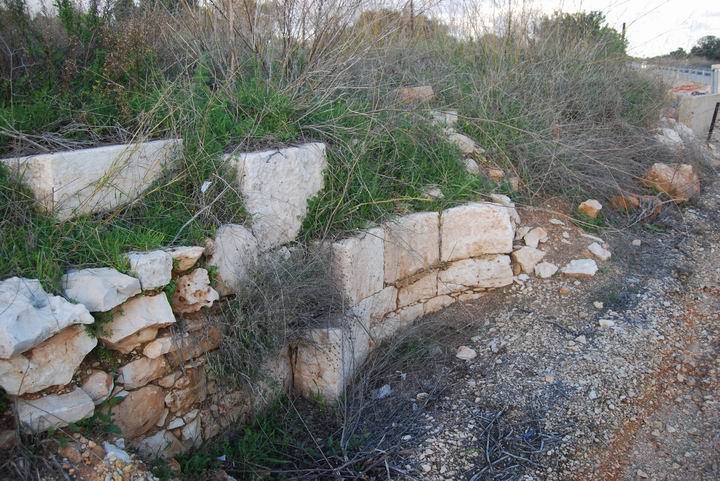 Another section of the church - the western wall - is seen below, exposed by the road. 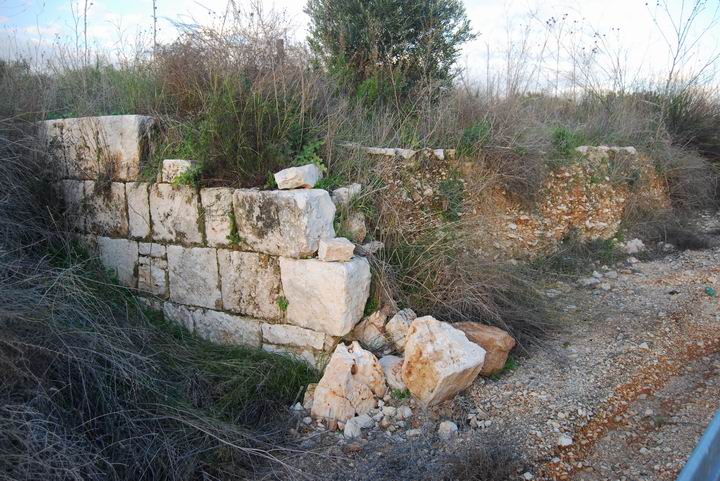 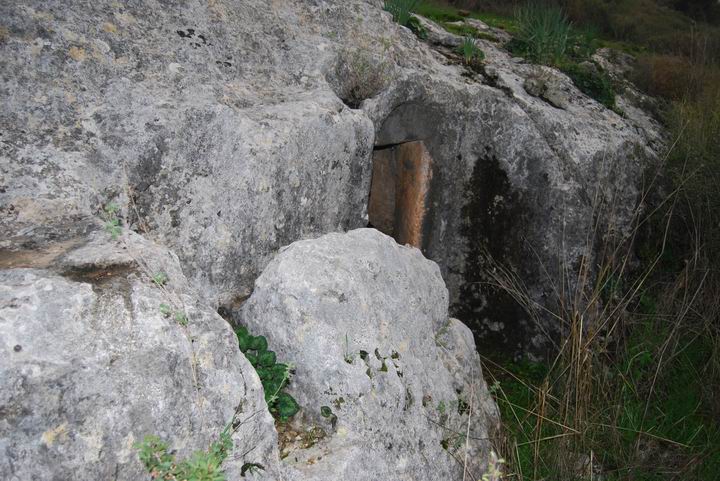 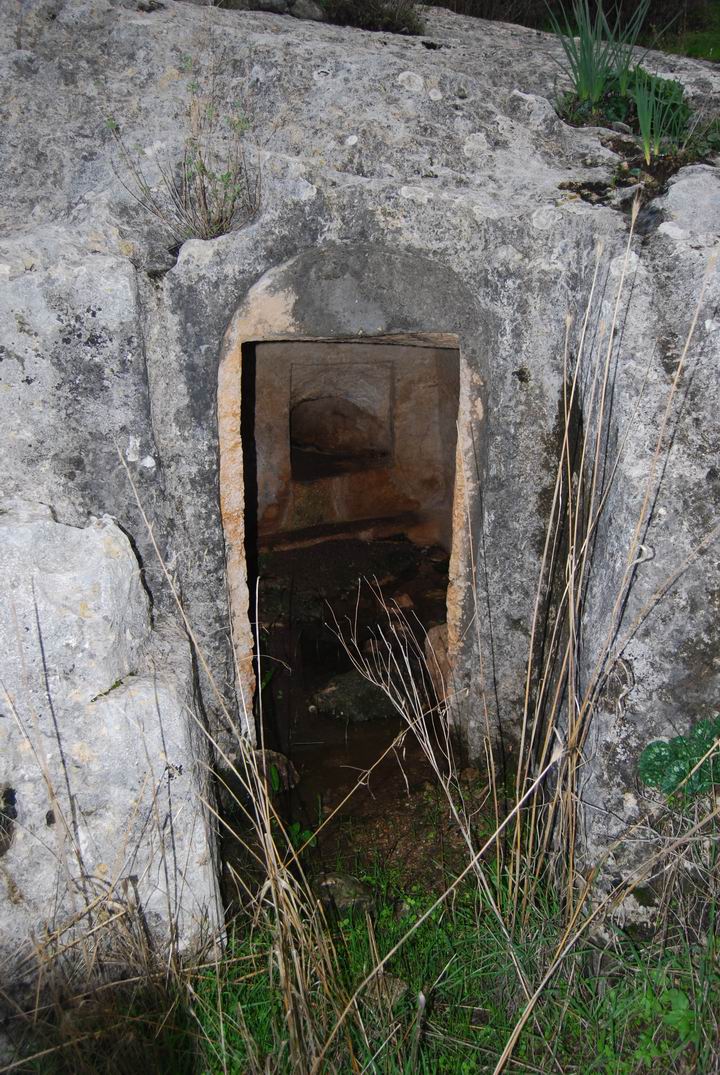 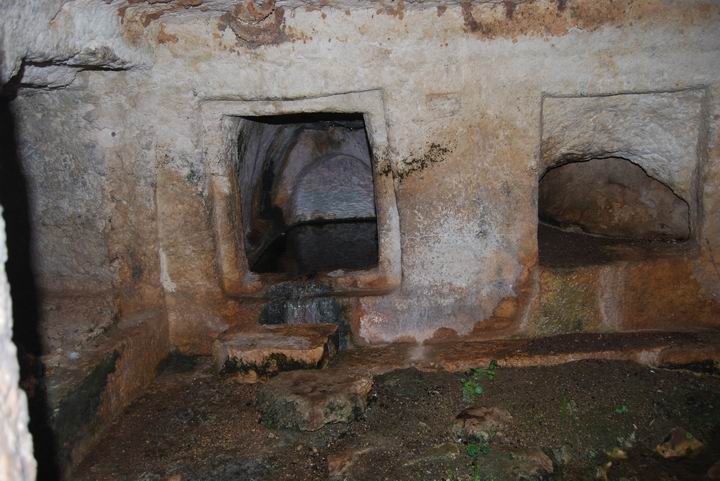 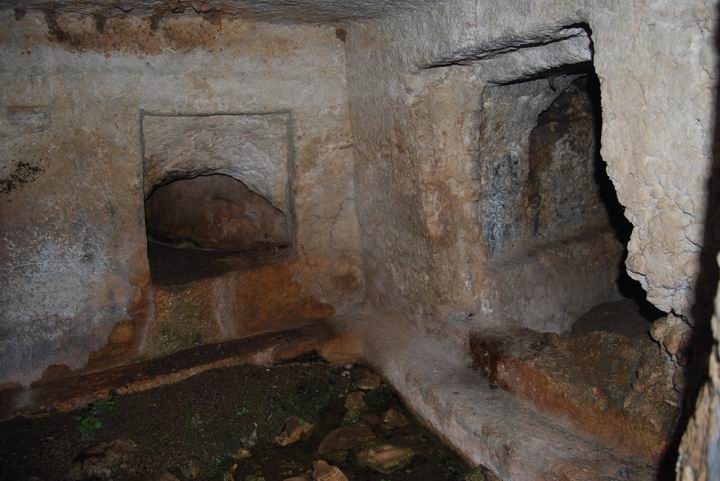 On the floor of the burial cave was sharp spine of a porcupine. It may be hiding somewhere in the cave... 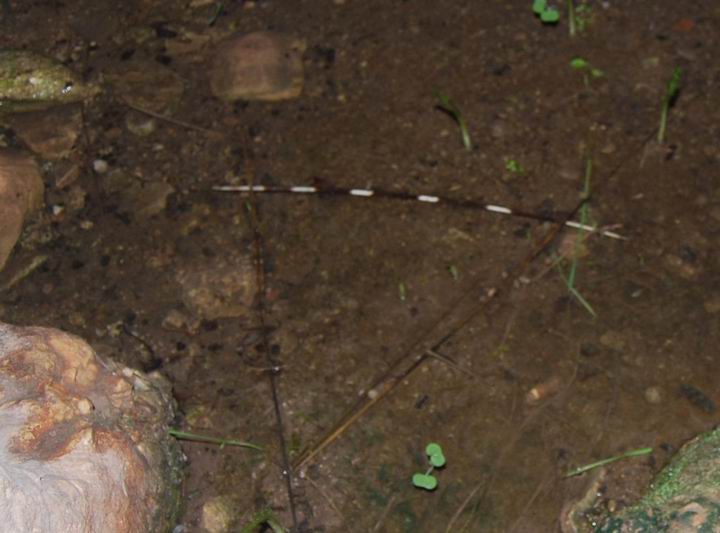 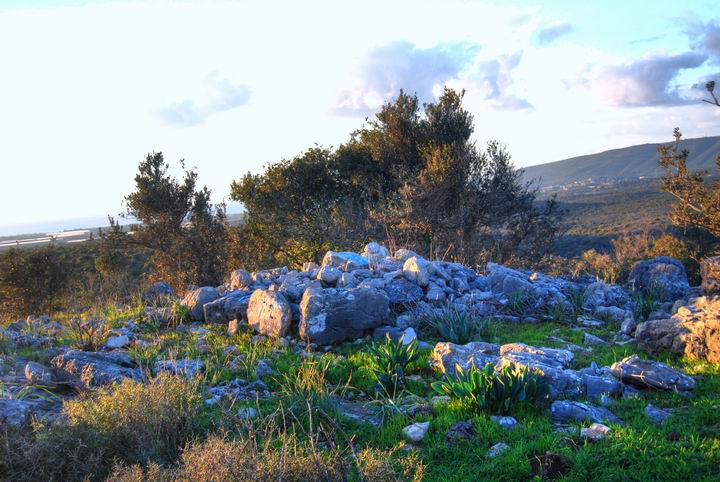 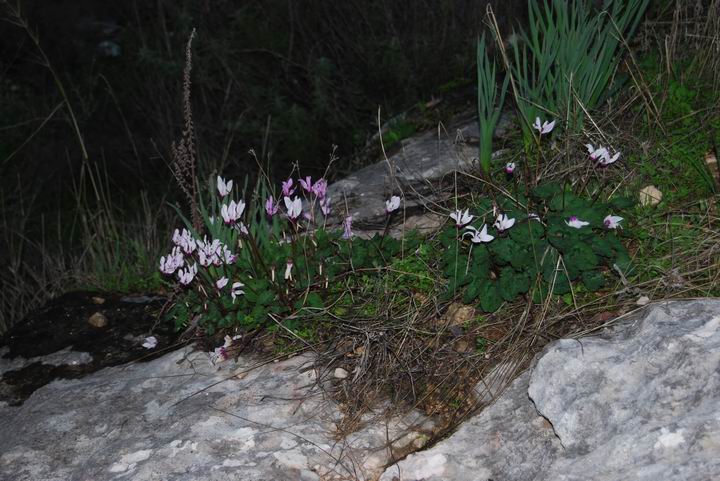 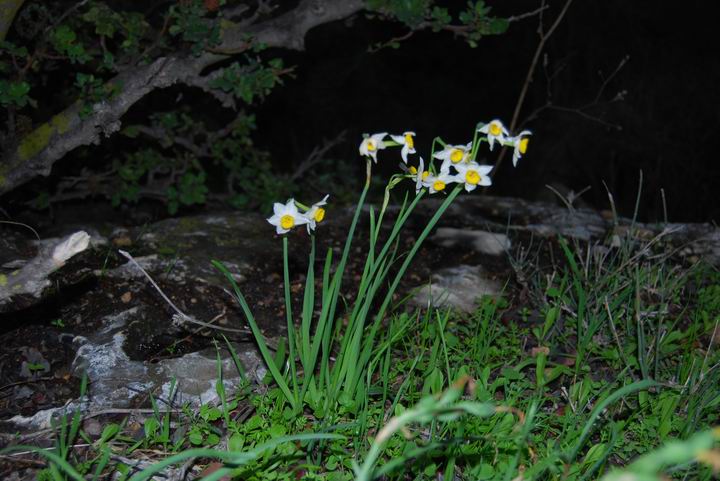 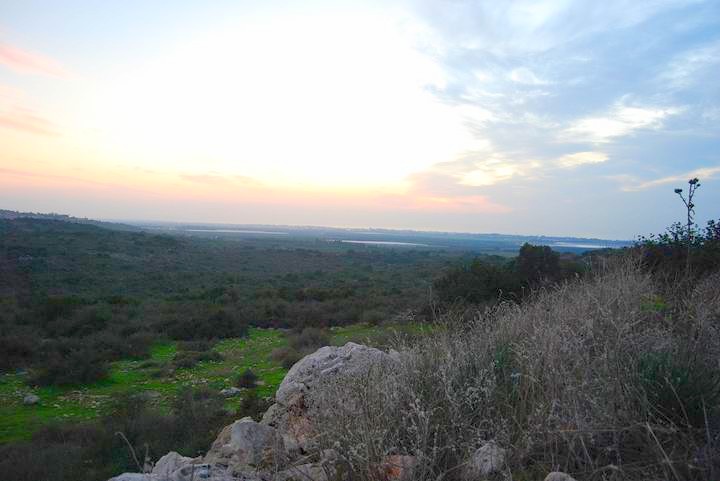 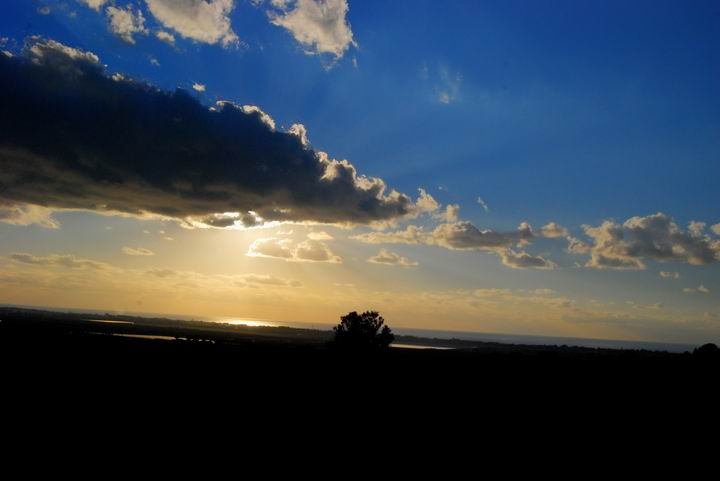