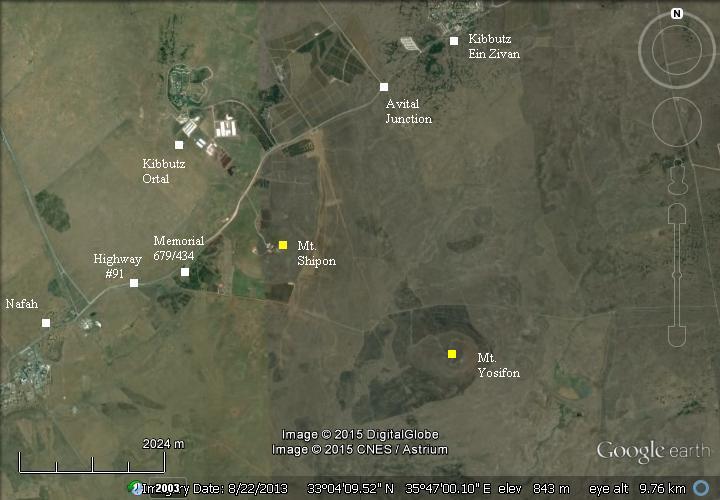 The central Golan is a geological downward fold (syncline) between Mt Hermon in the north and the Gilad Mountains in the south. Under this fold of layers the Magma (molten rock) pushed up through cracks and holes. This eruption of Magma flooded the sunken area with basalt rock after cooling off above the ground.  The Bible has a description of an earthquake that describes this eruption (Micah 1 4): "And the mountains shall be molten under him, and the valleys shall be cleft, as wax before the fire, and as the waters that are poured down a steep place".

This process occurred  in 3 phases: 4 million, 2 million, and 1 million years ago.  The forth eruption, 100,000 years ago, created the volcanic hills - Shipon, Yosifon and Peres.  These volcanoes are now extinct.

The type and size of the volcanoes depend on the the nature and the size of the fragments which are ejected during the eruption. Mount Shipon is a typical "ash cone" volcano, where the eruptions was mainly of gas. The erupted fragments were  Scoria (light rock with many bubble holes), and Tuff (consolidated volcanic ash), which piled up around the vent. 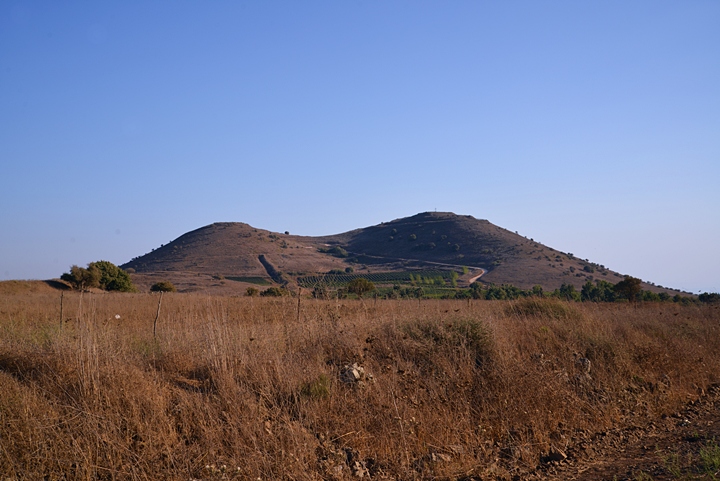 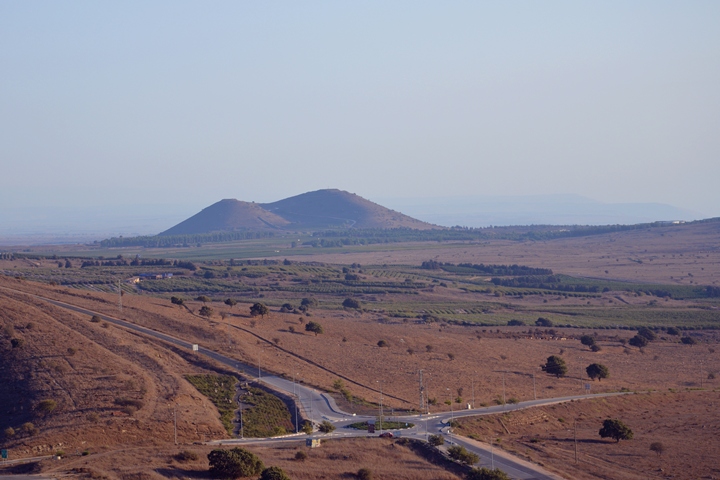 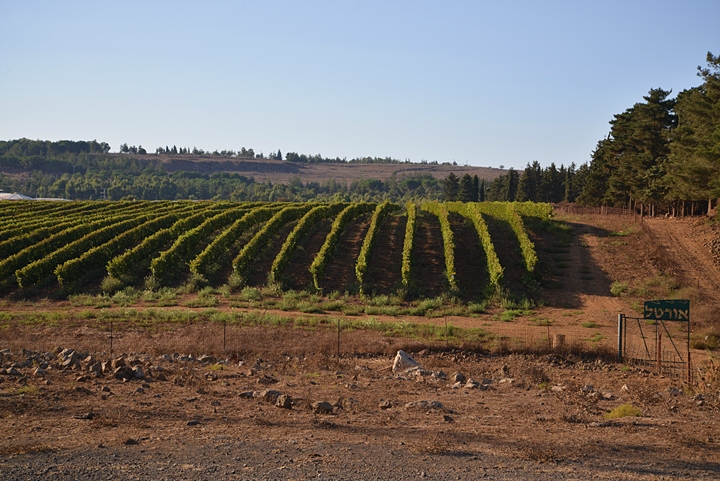 This photo shows the sites on the north of Mt Shipon.   In the far background is Mt Hermon (2208m, 7244ft) - the highest point in Israel. 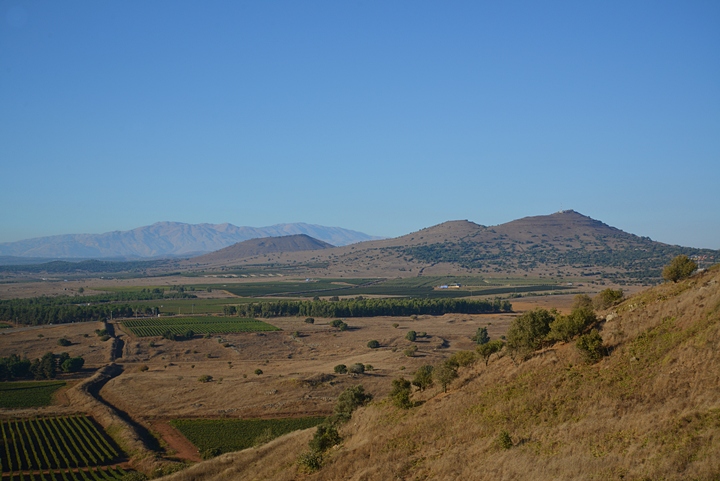 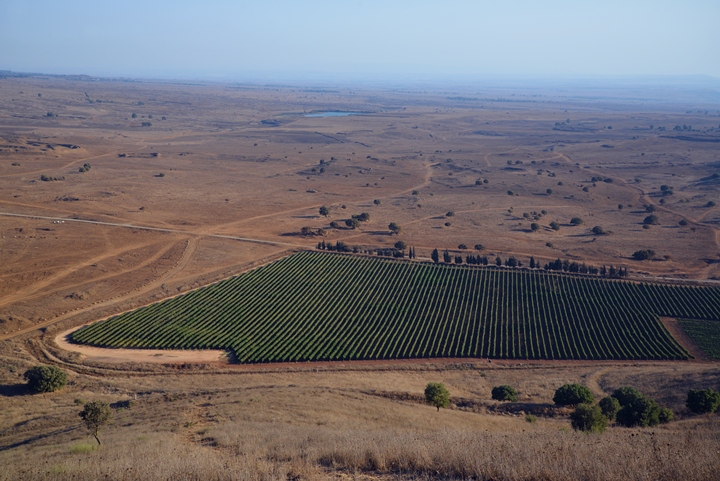 Its Arabic name is Tell Yusuf (means: Mt. Joseph), which could be translated to Hebrew as the Tel Yosef.   Since this name was already taken (a Kibbutz in Jezreel valley), the hill was named after the Roman period General and Historian Josephus Flavius (Yosef Ben Matityahu).   Josefus wrote the book of Yosifon (Jossipon) - a chronicle of Jewish History.

Yosifon was created slightly different from Shipon - during the eruption the lava cooled up earlier, sealing the vent, thus stopping the flow outwards. This created a round hill, unlike Shipon where a basalt layer added height on the north side. 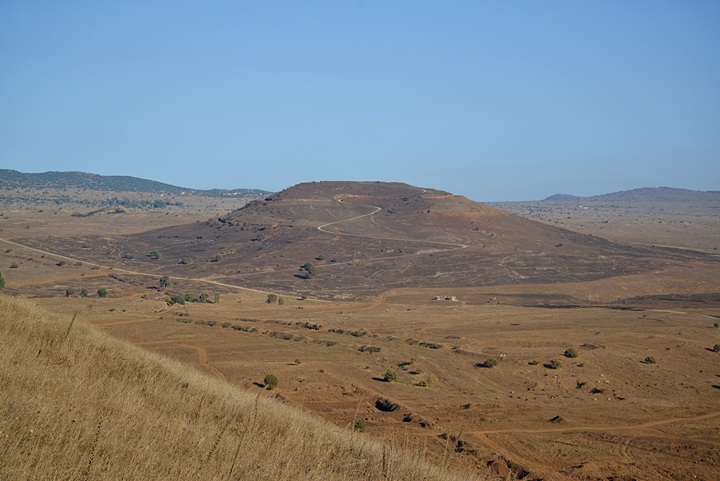 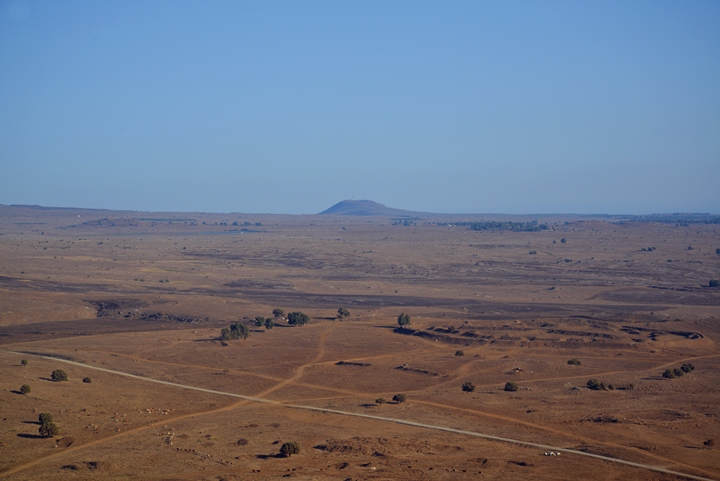 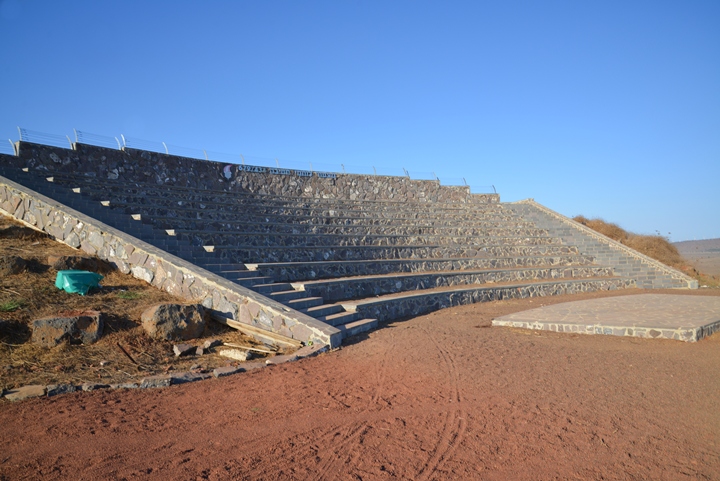 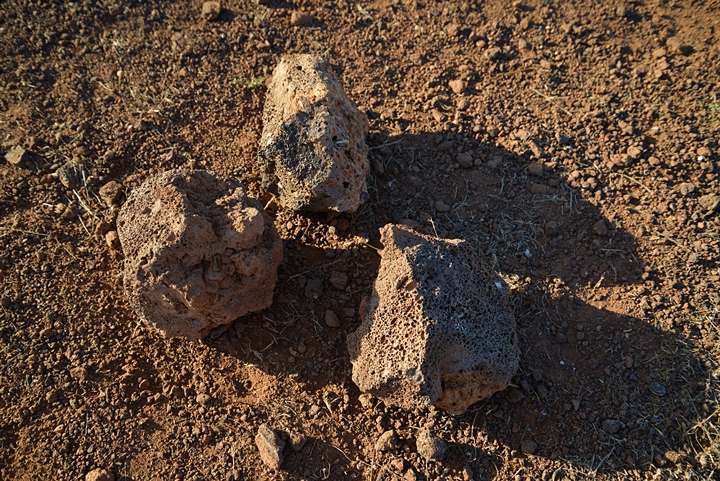 A make shift toilet near the amphitheater... 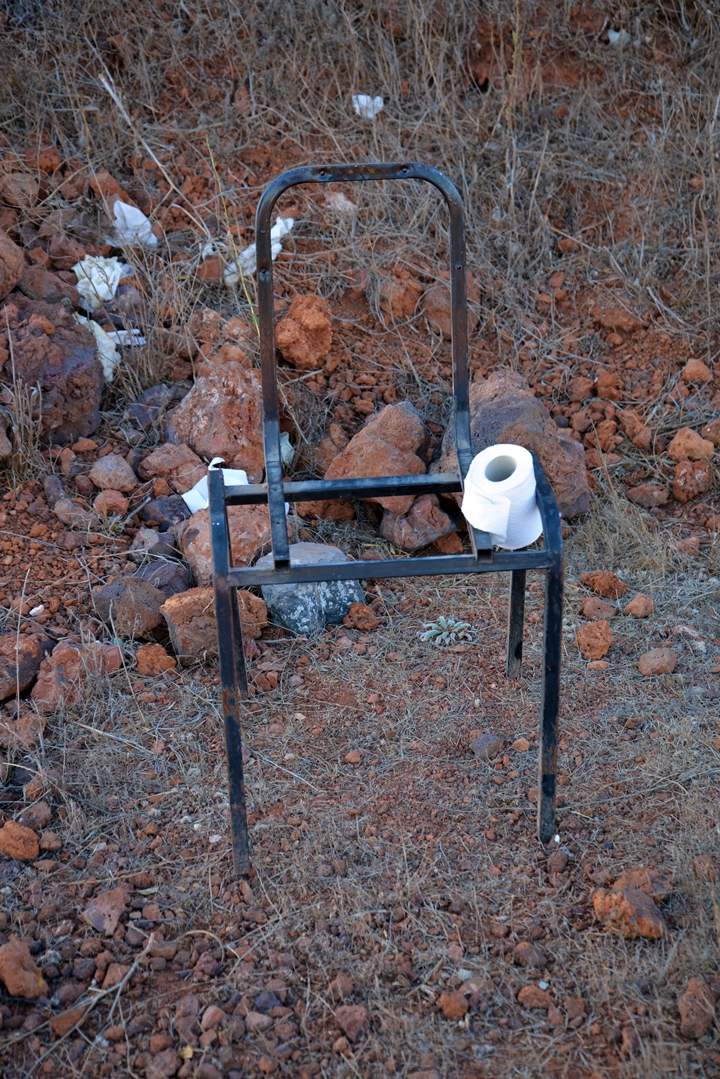